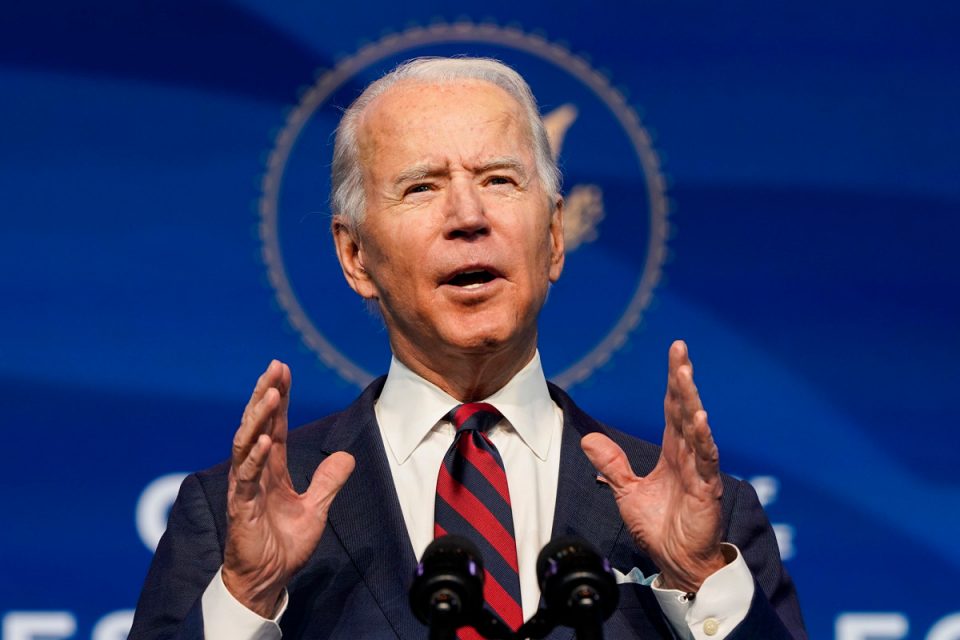 President Joe Biden will have both houses of Congress in his corner — by some of the narrowest margins in history — but that is not a free pass, experts say.

“Unified government isn’t enough to let a party pass their legislative dreams into reality,” James Curry, a congressional scholar at the University of Utah, told The Post.

“The Georgia results make Sens. Kyrsten Sinema of Arizona, Jon Tester of Montana, and Joe Manchin of West Virginia the most powerful people in America,” said Ryan Girdusky, a writer on populist politics.

As the most moderate Democrats in the Senate, they’ll be deal-breakers on party lefties’ most progressive agenda items. And with their staunch support of the filibuster — the Senate rule requiring 60 votes to pass most legislation — Schumer’s bills can’t be too extreme for at least 10 Republicans’ liking.

“Basically, Democrats will only be able to get whatever it is that Manchin and Speaker of the House Nancy Pelosi can agree on,” political consultant Stewart Verdery said.

Meanwhile, Biden’s short coattails gave his party a mere 10-vote advantage in the House of Representatives, the smallest Democratic majority there in more than 140 years.

“That gives power to any faction in the Democratic party willing to hold out against the leadership,” Curry said — a recipe for constant conflict within the ranks.

Here’s what Biden and the 117th Congress likely can accomplish in the first half of his term — and what’s out of reach.

Executive Orders on climate and more

With no help from Congress, Biden will unilaterally sign back on to the Paris Climate Accords, rejoin the World Health Organization, end travel restrictions on some Muslim countries, and reinstate DACA, the Deferred Action for Childhood Arrivals program that protects young illegal immigrants.

“Trump got those things and more done through executive orders and regulatory changes,” said David Lublin, a professor at American University. “Biden will follow Trump’s lead.”

Bet on new stimulus checks for most Americans as the new Congress’ first major achievement — with Republican votes to help it along.

“One of the first things that I want to do when our new senators are seated is deliver the $2,000 check,” Schumer said Wednesday.

Girdusky said, “Look for more of these unexpected alliances between populists on the left and the right” during the Biden administration.

With Harris as the tiebreaker and Schumer in control of scheduling, Democrats can confirm Biden’s Cabinet and judicial nominees on a party-line vote.

“Senate Republicans can feel free to oppose all of his nominations without any consequences — as Senate Democrats did with Trump’s — because the Democrats have the votes necessary to confirm them,” Curry said.

Democrats racked up 950 “nays” against Trump’s Cabinet members in his single term —twice that of any other president, according to Politifact — and plenty of Republicans are primed for payback.

“The likelihood of amnesty has increased significantly,” Girdusky said.

A law giving legal status to millions living in the US illegally would need the votes of at least 10 Republicans to pass.

“Someone like Mitt Romney (R-Utah) could put together an ideological power structure with a few Democrats — call it a Moderate Squad,” said Verdery, who saw such machinations up close as a staffer during the last 50-50 Senate in 2001.

The bloc could push its own priorities, such as increasing work visas, in exchange for its vote.

Biden flirted with the idea of adding justices to the Supreme Court in October, promising a national commission to study a judicial system he called “out of whack” after Trump named 234 conservatives to the federal bench.

But while the party’s left flank clamors for court-packing, too few Senate Democrats are on board, said Carrie Severino of the Judicial Crisis Network.

“Joe Manchin says he’d vote against packing the Court, and that should be enough,” she said. “But he’s going to come under a lot of pressure.”

Some Republicans would also have to vote in favor, a remote prospect.

“Democrats will not be pushing a major tax increase on corporations,” Girdusky predicted. “Not with Joe Biden, whose cabinet is packed with corporatists, in the White House.”

And much as Democrats hate Trump’s 2017 tax-cut bill, repealing it on a party-line vote under reconciliation rules — which allow certain budget measures to pass with a simple majority — would be a huge political risk.

“They certainly could do a tax increase under reconciliation, because it wouldn’t increase the deficit,” Curry said. “But do they really want that to be their big signature accomplishment ahead of the 2022 midterms?”

Medicare for All, which Biden opposed during the campaign, has no shot in a Congress this divided.

“Health care reform simply can’t be done through reconciliation,” Curry said. “So the Democrats are in a bind. They’ve put themselves in a constant state of over-promising, under-delivery, and disappointment” for their passionate left wing.

Biden may nibble around the edges of the issue with legislation to combat surprise medical billing or lower prescription drug costs — attempts that will only infuriate progressives.

Energy and the environment

Democrats broadly agree that the government should do something about the environment — but have never managed to come to consensus on an actual climate-change bill. In a divided caucus, Manchin and other Democrats from coal- and gas-producing states can stymie the Green New Deal of Alexandria Ocasio-Cortez and her ilk without Republican help.

Instead, Biden will use regulation to placate frustrated activists.

“They’ll say, ‘We have alternative tools at our disposal,’ and get some of their agenda done through the EPA” — like ending fracking on federal land or tougher enforcement of environmental laws already on the books, Verdery said.

During election season, members of both parties talked about adding Puerto Rico and Washington, DC, to the Union as full-fledged states: Dems giddy over new senators and electoral votes from left-leaning jurisdictions, Republicans outraged at the thought.

“It was a good talking point on the campaign trail,” Curry said. “But not likely in this divided Congress.”

Historically, new states have been added in pairs or groups that ensure political balance. Breaking that norm is a bridge too far for moderates.

“Even if it’s only 10 or 12 House Democrats or five senators,” Curry said, “that’s more than enough to stop statehood dead.”

2020 Insights on E-commerce in the Furniture Market

You’re an essential worker. Do you get essential protections?