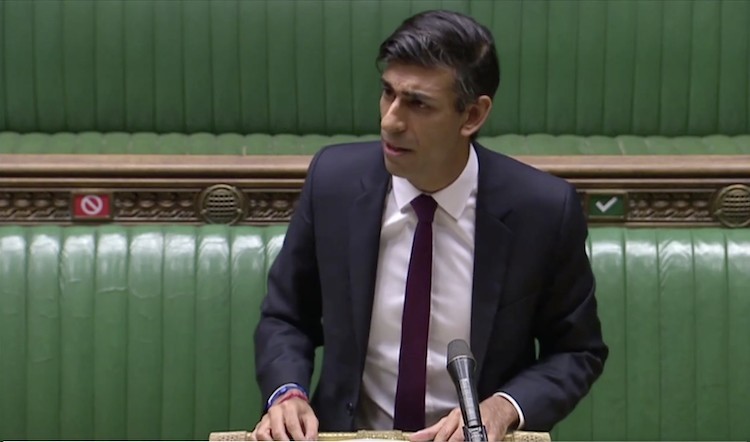 Fears are that many manufacturers that supply the hospitality sector will see falling demand leaving them with festive food and drink that they are unable to sell.

Chancellor Rishi Sunak unveiled support for hospitality businesses that are suffering from cancellations and falling trade in their busiest month this week.

Trade association UKHospitality, which represents the hospitality sector, welcomed the support. Writing earlier this week in The Times​ chief executive Kate Nicholls highlighted and recognised the impact of this “Christmas nightmare” on the wider supply chain.

Concern has been about the knock-on impact on food and drink companies who supply to the hospitality sector.

Rachel Dobson, managing director of Lynx Purchasing, said: “With suppliers having done everything possible to secure food and drink orders for hospitality operators, as supply chain challenges continue, it’s obviously a double blow if orders are now being cancelled just before Christmas. ​

“The bigger fear will be the prospect of more restrictions due to the Omicron variant in the new year, which would hit both operators and suppliers hard. The supply chain is very fragile currently, and further disruption is likely to leave gaps in food and drink supply that will take time to plug.” ​

Richard Harrow, chief executive of the British Frozen Food Federation said that ‘once again’  the Government has ignored ‘the squeezed middle’ of the food industry – the companies that sit between agriculture and the hospitality and foodservice market.

“Many of our members supplying hospitality, who have only just got back on their feet, have seen orders collapse by 30%, leaving them with thousands of pounds of festive stock they will be unable to sell,” he said.

“Once again I urge the chancellor to recognise the plight of these companies and include them in any support package. More than 95% fall into the small and medium-sized enterprise (SME) category, and just like our restaurants, hotels, cafes and bars, these businesses are struggling to stay afloat and may not survive into the New Year.”​

The brewing sector is also set to face challenges due to the drop in trade. The British Beer & Pub Association, the trade association representing brewers and pubs, has predicted that pubs will sell 37M fewer pints and lose out on £297M in trade this Christmas.

The Society of Independent Brewers (SIBA) responded to the Government support package saying it ‘once again’ leaves out breweries.

James Calder, SIBA chief executive said: “While brewers should be able to access the Covid Additional Relief Fund, this funding and mechanism was announced in March and local authorities are yet to even set up the scheme for small brewers to apply with the legislation only just passing through Parliament. This contrast with the action taken in Scotland, where the Government has previously provided direct and significant assistance under the Brewers Support Fund. ​

“Our independent brewing sector relies on pubs for 80% of their sales and have seen sales fall off a cliff in recent weeks under the Government’s lockdown in all but name.  The Christmas period is a key trading time for small brewers, who may not now survive into the new year.”​

The National Farmers’ Union (NFU) said it was concerned about what the market uncertainty means for the supply chain and sector resilience.

NFU President Minette Batters said: “As we raised at the recent food security summit, with the prospect of another challenging winter and year ahead for food and farming businesses, we urgently need short and long-term direction and solutions to improve resilience throughout the supply chain.​

“Alongside an ambitious food and farming policy, we need a serious commitment from government to maintain Britain’s food production self-sufficiency level at 60% which would reduce the UK’s reliance on imports and send a clear message that government is committed to bolstering UK food security.”​

What’s Wrong With This Picture? The Need for Transparency

The World Reacts to Russia’s Invasion of Ukraine