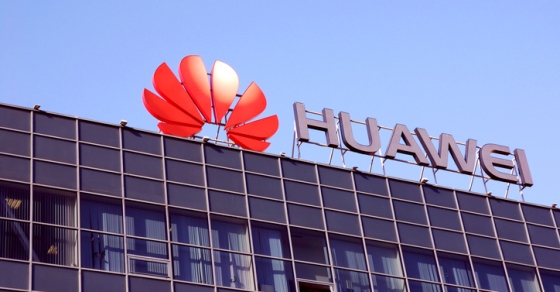 Chinese telecommunications giant Huawei has a foot in the door of Canadian scientific research as well as international nuclear physics research, documents obtained under access to information show.

Under an uncosted deal inked in February 2017, Huawei has provided the hardware and software for CCC.

The arrest of Huawei’s chief financial officer Meng Wanzhou at Vancouver International Airport in December 2018 has put a spotlight on the company globally. She was arrested due to a U.S. extradition request.

The U.S. has alleged Huawei, under direction from Meng and other high-ranking company officials, sold telecom technology to Iran, via unofficial subsidiary SkyCom, in contravention to a 2009-14 sanction imposed by the United States.

Meng has denied the allegations.

The apprehension in China of two Canadians and the sentencing of a third to death for drug smuggling are widely believed to be retaliation for Meng’s arrest.

The lead institution on the CCC agreement is Burnaby’s Simon Fraser University (SFU).

And that, said McCuaig-Johnston, is a concern.

Indeed, she suggested the federal Communications Security Establishment, whose mandate includes protecting information of national interest, should be examining the CCC situation.

Part of the agreement includes providing software patches and a help desk through which Huawei engineers can track faults in real time.

McCuaig-Johnston said back doors into computing systems are how companies manage updates or fix equipment.

“It’s through back doors that there’s concerns about hacking into anybody’s information,” she said. “There’s also concerns about companies putting bugs into systems and covering them up so they can’t be found.”

The winning bidder was Huawei’s Canadian subsidiary. Huawei was selected after a rigorous procurement process.

“We regularly work with the federal government, including the Canadian Security Establishment, to evaluate risks before making purchases of this type. In this case, SFU met with Innovation Science and Economic Development Canada and the Communications Security Establishment before purchasing this Huawei equipment,“ Wilson said. “After procurement, Compute Canada worked with various partners to secure the network, including with the federal government.”

Some of that data involves the Atlas major particle physics experiment at the Switzerland-based European Organization for Nuclear Research (CERN) Large Hadron Collider, the world’s most powerful particle accelerator, used for nuclear science research. It is not involved in nuclear energy or weapons research, although U.S. government information said it could be used for laser development “of direct interest to security and defense applications, including the navy’s proposed application of free-electron laser technology to shipboard defense.”

CERN has 23 member states, mainly in Europe. Japan, the Russian Federation, the United States, the European Union, the Joint Institute for Nuclear Research and the United Nations Educational, Scientific and Cultural Organization have observer status. Canada and China are among 35 non-member states with cooperation agreements and a further 18 states have scientific contacts with CERN.

More than 600 institutes and universities worldwide use CERN’s facilities.

“CERN is an international research organisation that relies on internationally provided large-scale computing services,” she said in a statement. “CERN is continuously assessing potential threats to the computer security of its IT systems, has several layers of protective means in place to ensure high-level cybersecurity and acts in a coordinated way with all relevant international partners.”

TRIUMF spokesman Stuart Shepherd said the facility “supports and enables international research cooperation and takes seriously threats to data security. We work with our partners, which in this case include CERN, SFU, and others, to address and manage such risks.”

Spokesman Stuart Shepherd said TRIUMF does not publicly release agreements, adding the memorandum expired in 2013 with no projects initiated during the 5-year period.

Attempts to access the company website were blocked due to computer malware concerns. Its mail server is blacklisted, possibly due to spam blasts.

McCuaig-Johnston said Huawei is only owned one 1% by CEO Ren Zhengfei, Meng’s father. The other 99%, she said, is owned by trade union committees run by the Communist Party of China.

Further, she stressed, Chinese intelligence law mandates that anyone asked to collect intelligence for Beijing must do so. That fact no one has heard reports of any such events flows from another part of the same law saying any such requests and activity must remain secret, she said.

“The fact that they’re doing that second part is covering it up,” she said.

On January 4, China’s ambassador to the U.K. countered on Twitter concerns about Huawei supplying intelligence to Beijing.

“China has never and will never ask companies or individuals to collect data, information or intelligence in others countries by illegal means,” Liu Xiaoming

tweeted. “Fabricating ‘Huawei risk’ in the name of national security is tantamount to giving a dog a bad name to hang him.”

Universities’ involvement with Huawei stands in contrast to bans by countries in the so-called Five Eyes intelligence alliance sharing information on global crime, espionage and terrorism. Only Canada and the U.K. have not barred use of Huawei equipment for next-generation mobile networks. Australia, New Zealand and the United States barred cooperation with Huawei on next-generation communications technology such as 5G, citing national security concerns.

The Communications Security Establishment is the federal body that would advise Ottawa on Huawei’s involvement in 5G.

McCuaig-Johnston said Canada’s Nortel “would be in 5G if it was still alive.”

It has long been suggested that Chinese hackers, starting in 2000, downloaded research and development reports, business plans, employee emails and other company documents. Nortel filed for bankruptcy in 2009.

“Could there be a link between the Nortel breaches and the rising fortunes of Nortel’s main China-based competitors, Huawei and ZTE?” asked a paper from a 2013 conference of  the Canadian Security Intelligence Service and Canada’s Department of National Defence.

Why did FNPF fail to consult its members?