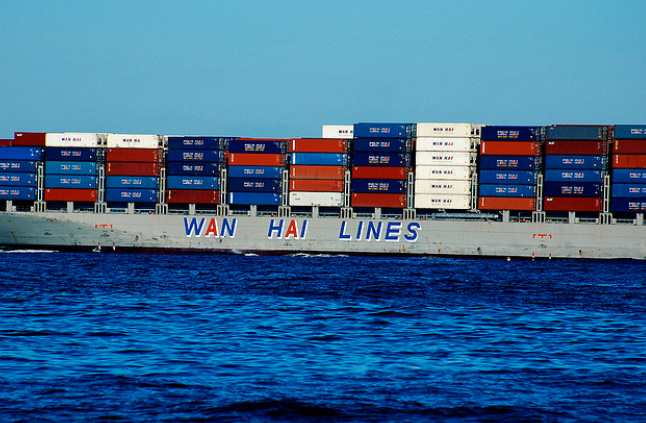 At the time, transpacific rates were at historically high levels, but have since fallen below $3,500/feu, from a peak of $17,500 last October .A spokesperson for Wan Hai said that, “Some customers did request a renegotiation of contract rates. Our response is to discuss it with them, and we may give discounts for a short period, depending on the market conditions.

“There’s a liability clause in the contract for not fulfilling the minimum quantity commitment. However, as far as we know, liner operators usually consider the market and their relationship with customers. Claims for compensation from customers are unusual, unless major arguments exist in the contract.”

Wan Hai’s admission that shippers are asking for reduced contract rates comes after Yang Ming’s Chief Operating Officer, Chang Chao-feng, said the company was coming under pressure to renegotiate contracts. There has been market talk, but so far no other liner operators have made a public admission of similar requests from customers.

Xeneta Chief Analyst Peter Sand said, shippers’ cargo volumes would determine their success in renegotiating contracts. Xeneta’s poll of shipper customers in late August showed 48% had successfully renegotiated new contracts, while the rest decided not to renegotiate, or failed to do so.

Mr Sand said: “You can succeed [in getting rates reduced] if you are an important shipper, with large volumes on relevant trades. Often, a lower rate requires something in return, (such as) a longer duration and more volume. Spot and contract markets are quite different in what they offer and what shippers get. When seeking more resilience in their supply chains, shippers often put more emphasis on that than a reduction of rates that may risk the former objective.”

Wolfboy and the Everything Factory Drops Season 2 Trailer