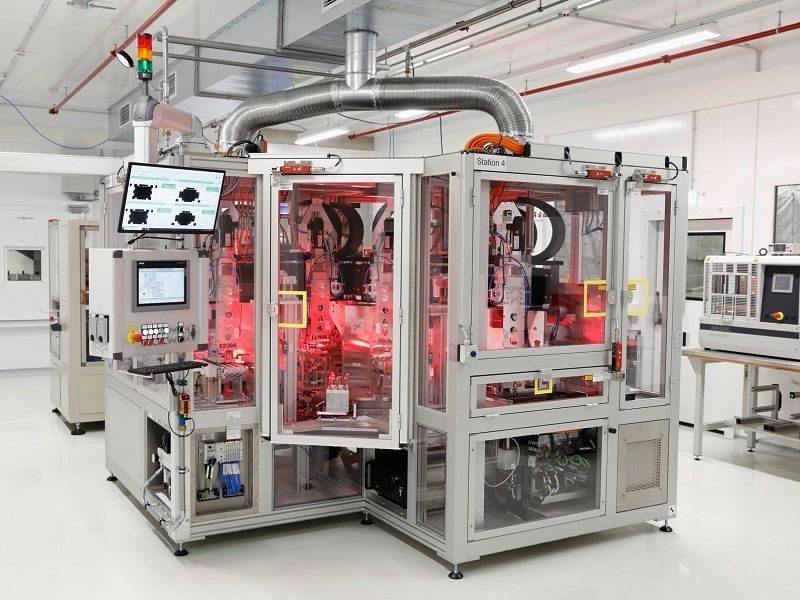 The Salzgitter production will include cell laboratories, a pilot line for cell production, and a pilot plant for battery recycling.

“We are excited to extend our partnership with Gotion High-Tech as an established high level battery company to drive forward cell tech together,” Volkswagen Group CEO Herbert Diess said in a statement on Tuesday.

“This is only one step towards our aim to become, together with partners, one of the top three battery cell manufacturers worldwide,” Diess said.

The deal will also develop initial use cases of VW’s “unified cell” concept for its volume segment. Unified cell concept refers to a prismatic cell format adaptable to various chemistry mixes available today or market-ready at a later point in time.

The company has said unified cell batteries will be used to power a majority of the vehicles it produces globally. Those cells will debut in Europe in 2023.

VW is teaming up with multiple partners as part of its plan to establish six gigafactories across Europe with a total production capacity of 240 gigawatt-hours.

In May 2020, VW signed an agreement with Gotion to become the company’s largest shareholder, with 26 percent of the shares, through a buy-in of around 1.1 billion euros, making VW the first global automaker to invest directly in a Chinese battery supplier.

Swedish battery manufacturer Northvolt is one of VW’s battery partners but it withdrew as a partner from the planned battery factory in Salzgitter. The company is now looking for its own site in Germany, according to a report in Automobilwoche, an Automotive News Europe sister publication.

“We are in talks with several German states about the possibility of setting up a factory in Germany,” said Northvolt CEO Peter Carlsson in an interview with Automobilwoche.

He did not want to give details yet as the project is still in a very early phase. However, Germany has already agreed to support the project as a project of common European interest.

The new Northvolt plant in Germany would be one of two additional battery factories that Carlsson is planning after the ramp-up of the first plant in Skelleftea in northern Sweden.

While the Skelleftea site will primarily supply batteries to VW, the planned new construction in Germany has nothing to do with VW’s European network of six gigafactories, Carlsson said.

“This is an independent project,” he emphasized. Northvolt is also working with BMW and Volvo. He also said there are not currently any plans to join as a partner at any of VW’s other gigafactory sites.

“At the moment, we are in agreement with VW that we will first focus on implementing the project in Skelleftea,” Carlsson said.

First Thing: ‘petulant’ Trump wore mask on factory visit – but not in public | US news

Lenovo’s smart manufacturing factory already open in China; all factories expected to be up by month-end