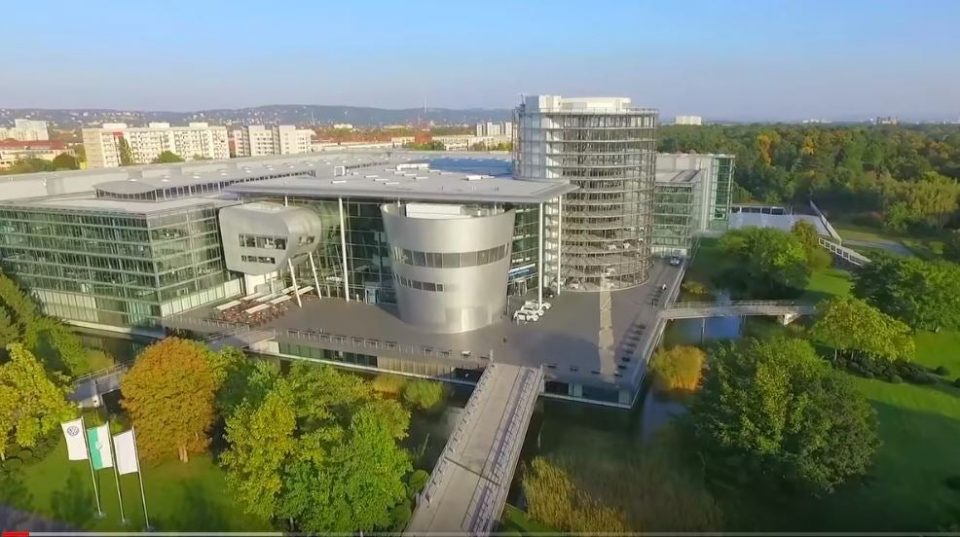 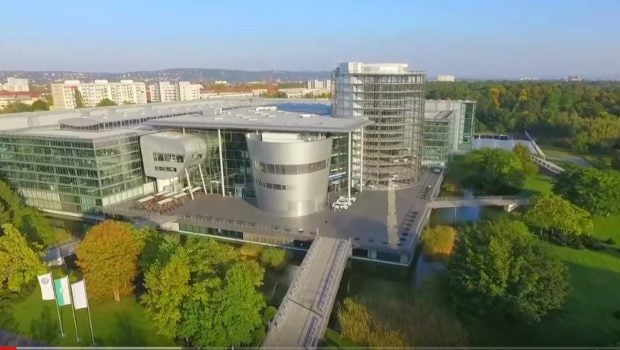 China is a huge market for Volkswagen. Today, in conjunction with its Chinese partners, 19.5% of all cars sold in China come from Volkswagen Group, according to Stephan Wöllenstein CEO of Volkswagen Group China. To keep growing its market share, the company says it will invest $4 billion in its China operations in 2020 with 40% of that dedicated to electric car production at its factories in Anting and Foshan. 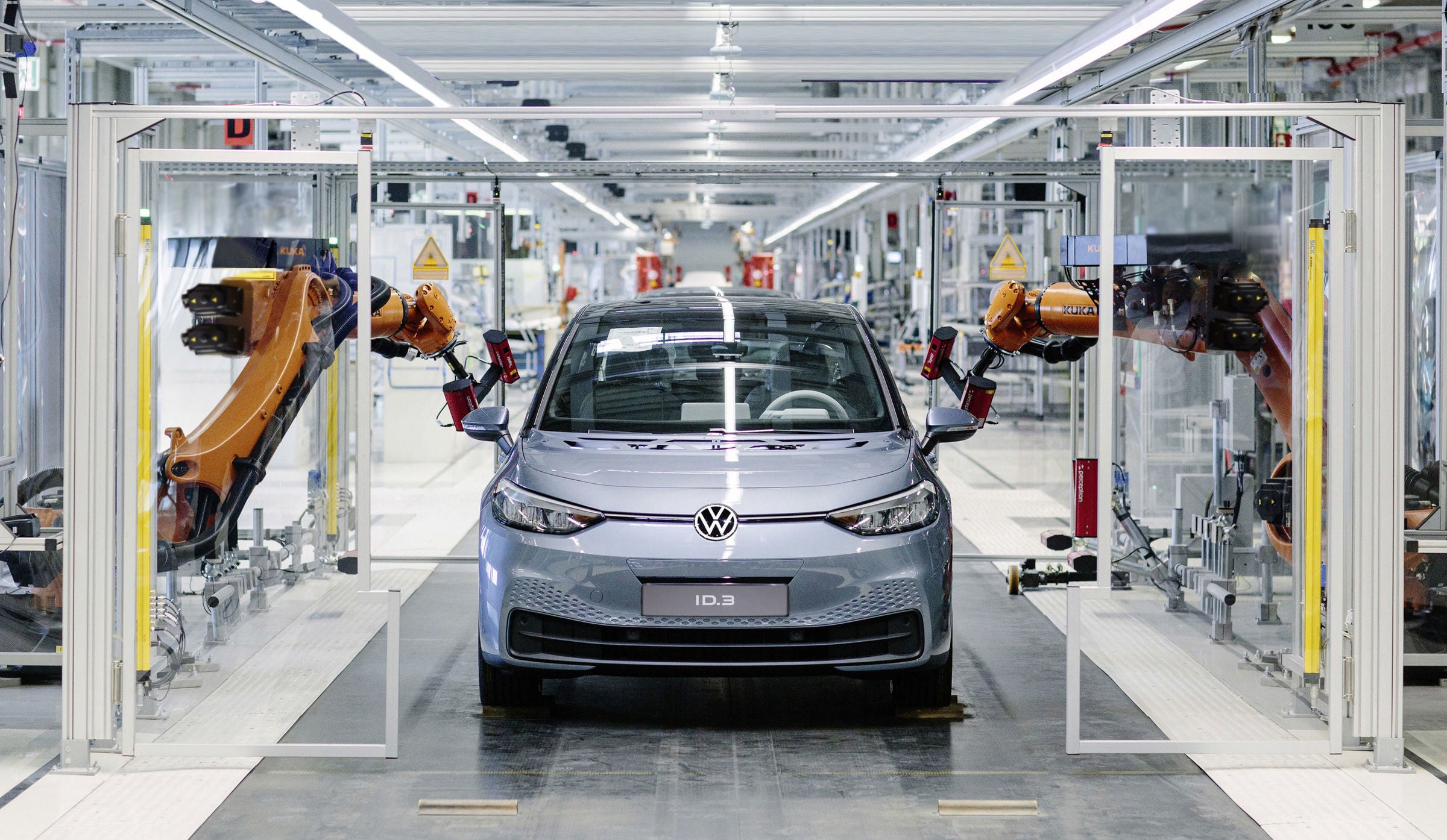 “I am looking forward to 2020, when our local e-car production will significantly increase in scale,” Wöllenstein says. “Success in e-mobility will be a key driver for reaching our sustainability target, becoming net carbon neutral by 2050.”

Volkswagen Group already offers 14 electrified models in China. By the fall of next year, its two EV factories will be in operation with a combined capacity of 600,00 cars a year based on the MEB platform. By 2025, the goal is to offer 30 locally produced new energy vehicles by 2025, and to sell 1.5 million EVs by that point. 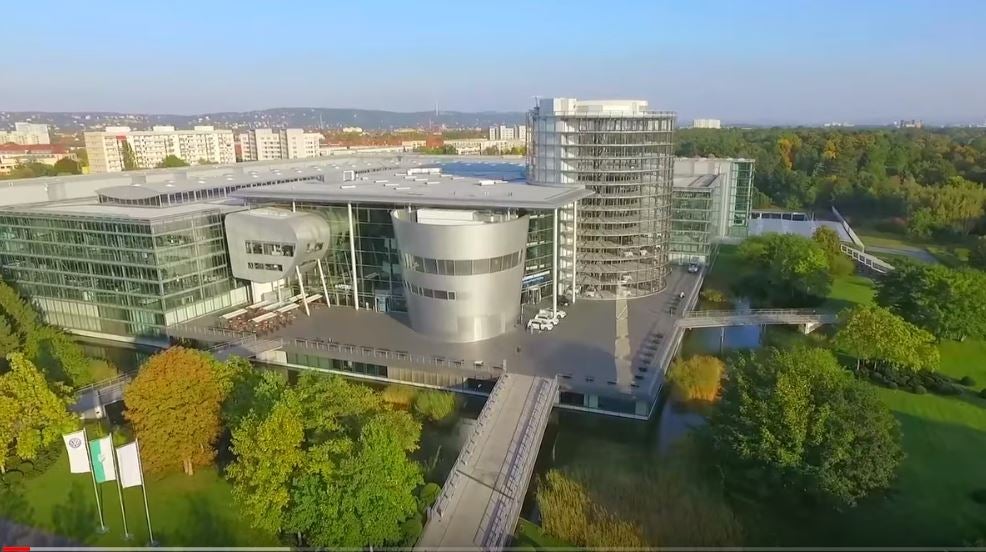 The Volkswagen Gläserne Manufaktur, or Factory Made Of Glass, was built in 2002. Its original purpose was to produce the Phaeton, a luxury car intended to compete head to head with cars from Mercedes and BMW. It also served as a delivery center where customers could come and pick up their new cars straight from the factory.

The Glass Factory has been producing the Volkswagen Golf in limited numbers, but is now being converted to ID.3 production. The first MEB-based cars are scheduled to roll off the assembly line in Dresden in less than a year’s time. There is a possibility other MEB-based cars may be built there as well in the future.

According to Green Car Congress, the Glass Factory will evolve into a Center of Future Mobility where innovative technologies are developed and tested in collaboration with industry partners and startups. Gunnar Kilian, a member of the Volkswagen board, says “The decision to bring the ID. family to Dresden lays a solid foundation for the future of this location in Saxony. Employment levels remain stable. And at the same time, we are stepping up the pace for e-mobility. We need the Manufaktur as an important showcase to take our customers on board for e-mobility and digitalization.”

At present, about 1,300 vehicles a year are delivered to customers at the Dresden factory. The company expects that number to increase substantially as EV production ramps up. Delivering more cars there will provide jobs for 380 employees who might otherwise be adversely affected by the switch to electric cars. The company, in cooperation with the union that represents its workers, has done an excellent job of keeping people employed even though today’s highly automated factories require fewer humans on the assembly line.

Follow CleanTechnica on Google News.
It will make you happy & help you live in peace for the rest of your life.

Steve Hanley Steve writes about the interface between technology and sustainability from his home in Rhode Island and anywhere else the Singularity may lead him. His motto is, “Life is not measured by how many breaths we take but by the number of moments that take our breath away!” You can follow him on Google + and on Twitter.

Why Is Cheesecake Factory (CAKE) Down 11.9% Since Last Earnings Report?