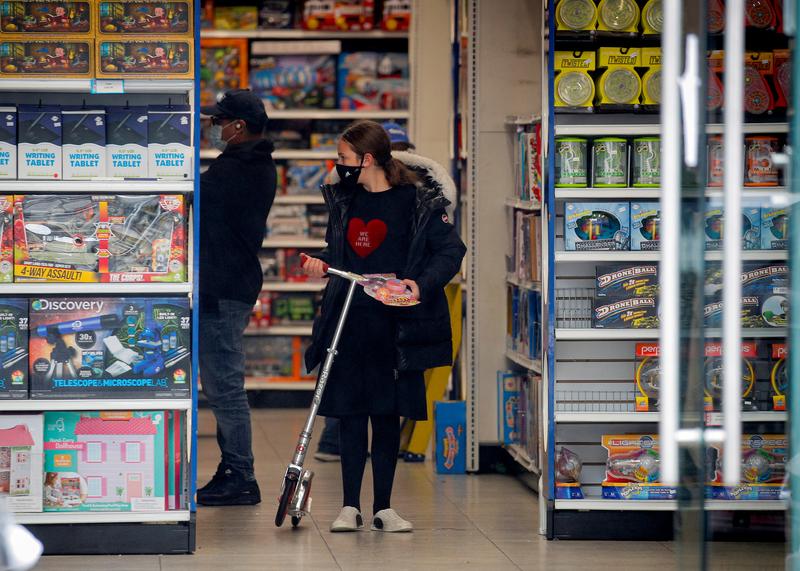 WASHINGTON (Reuters) – U.S. producer prices increased for a sixth straight month in October amid more expensive food and gasoline, but the trend remained moderate, supporting views of tame inflation given labor market slack and a resurgence in new coronavirus cases.

The report from the Labor Department on Friday followed on the heels of data on Thursday showing consumer prices unchanged last month. The COVID-19 pandemic has shifted demand to goods away from services, the main driver of the U.S. economy.

In the 12 months through October, the PPI advanced 0.5% after rebounding 0.4% in September. Economists polled by Reuters had forecast the PPI would rise 0.2% in October and increase 0.4% on a year-on-year basis.

Excluding the volatile food, energy and trade services components, producer prices gained 0.2% in October. The so-called core PPI advanced 0.4% in September. In the 12 months through October, the core PPI increased 0.8%. That followed a 0.7% rise on a year-on-year basis in September.

Lukewarm inflation gives the Federal Reserve scope to maintain its ultra-easy monetary policy as it nurses the recovery from the worst economic crisis since the Great Depression.

The Fed has embraced flexible average inflation targeting, which in theory could see policymakers tolerate price increases above the U.S. central bank’s 2% target for a period of perhaps several years to offset years in which inflation was lodged below that goal.

The Fed’s preferred inflation measure, the core personal consumption expenditures (PCE) price index, rose 1.5% in the 12 months through September. October’s core PCE price index data is scheduled to be released at the end of this month.

Wholesale food prices jumped 2.4% in October, accounting for nearly three-fourths of the increase in the cost of goods. Food prices, which rose 1.2% in September, were boosted by a 26.8% surge in the cost of fresh and dry vegetables.

There were also increases in the prices for gasoline, meats, chicken eggs, and thermoplastic resins and materials.

But prices for light motor trucks and passenger cars fell. As a result, core goods prices were unchanged last month after increasing 0.4% in September.

The cost of services rose 0.2% in October after advancing 0.4% in September. Nearly 40% of the broad-based gain was due to a 1.1% increase in transportation and warehousing services. Margins for final demand trade services, which measure changes in margins received by wholesalers and retailers, climbed 0.2%.

Healthcare costs rose 0.3% after gaining 0.2% in September. Portfolio fees increased 0.5%. That followed a 1.4% jump in September. Those healthcare and portfolio management costs feed into the core PCE price index.

How P&G can create a more sustainable, ethical supply chain