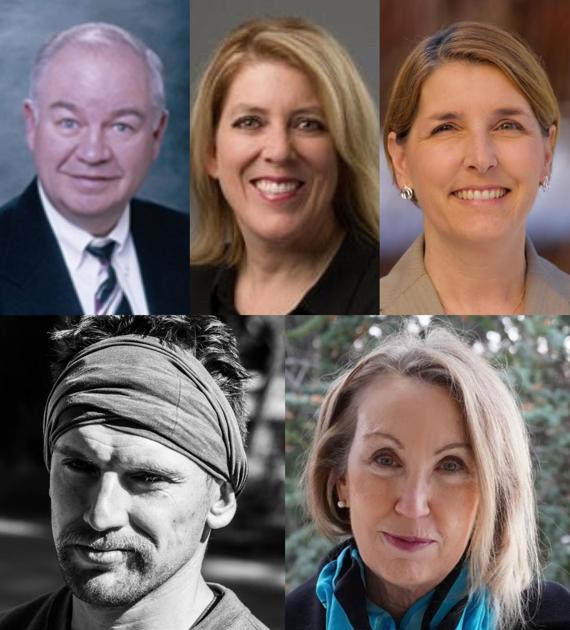 Rep. LaWanna Shurtliff, who had held the Weber County seat, died Dec. 30 of respiratory failure, setting up a scramble to find a replacement. Shurtliff was a Democrat, thus the Utah Democratic Party is responsible for overseeing selection of a new District 10 representative. The call for candidates, which ended Friday, yielded 20 would-be hopefuls.

Matthew Patterson, the Utah Democratic Party executive director, said 11 of the 20 subsequently withdrew their names or were deemed to be ineligible due to residency or other requirements, reducing the number to nine. Candidates for the District 10 seat must live in the district.

Either way, interest in replacing Shurtliff appears strong. The 37 Democratic Party delegates in District 10, which covers parts of southern Ogden and South Ogden, will select a replacement among the nine, with a vote on the matter set for Friday, Jan. 16, just three days before the 2021 Utah legislative session is set to begin.

Shurtliff, 85, had just been reelected last November to a second consecutive term in the District 10 seat, which she also held from 1999-2008, and her death came as a surprise and shock to many. She was hospitalized for about three weeks, connected to a ventilator to help her overcome pneumonia, before passing. Funeral services for the Ogden woman were held Jan. 6.

A candidate forum for the nine District 10 candidates will be streamed live on the Utah Democratic Party Facebook page, facebook.com/utahdemocrats, on Wednesday, from 6:30-8:30 p.m. “We are very pleased to see this many people who are willing to step up and run and continue the tremendous job that Rep. Lou Shurtliff has done for the people of the 10th District (and the state of Utah),” Patterson said in an email.

The Standard-Examiner emailed queries to the candidates to replace Shurtliff, and following is information on those who responded:

Rosemary Lesser: Lesser, 65, retired as of Dec. 31 as a doctor. She’s making her first bid for office.

“I would call myself a pragmatic Democrat,” said Lesser, who also described herself as an enthusiastic supporter of Shurtliff.

She’s been involved politically behind the scenes as a backer of the Democratic Party and party candidates. She was an ardent backer of U.S. presidential hopeful Pete Buttigieg during the Democratic Party primary season last year and campaigned for him in Utah before he suspended his campaign. With Shurtliff’s passing, Lesser decided it was time to step forward and ratchet up her involvement.

She touted her medical background, saying her voice would be important on matters like Medicaid. Keeping the air and environment clean is a big issue for her.

Mike Stevens: Stevens, 71, said he’s a financial professional with 49 years in the business and an understanding of budgets and other financial information. He’s never held elective office before but ran unsuccessfully in 1976 for a seat in the Wyoming House of Representatives.

“I supported Lou Shurtliff during her legislative service both financially and ‘walking’ her district. While I would have run for office in the past, I saw no need while Lou held the seat,” Stevens said in an email.

Education funding, “responsible energy development and usage” and governmental transparency are big issues for him. He said he has no political agenda “other than serving my constituents.”

He cited the changing make-up of Ogden and his pride in the city in seeking the post. He also hopes to bring “a youthful, lower-middle-class voice to government,” he said.

His medical background would serve in addressing such issues as health care for lower-income people and mental health. Working to keep the environment clean is also big for him.

“Ogden and Weber County are jewels that are being neglected and degraded by heavy and irresponsible use. I would like to bring to light issues that could help our area create revenue and preserve our lakes and mountains,” he said.

Valerie Herzog: Herzog, 49, is a professor, chairperson of the Department of Athletic Training and director of the Office of Graduate Studies at Weber State University. She’s running for public office for the first time.

She said Shurtliff helped her with a number of legislative bills earlier in her tenure in the Utah House and even approached Herzog about running for the District 10 seat in the late 2000s. Due to work and children, though, Herzog opted not to vie for the seat.

“However, my kids are older now and work is more manageable, so I want to finally honor her request and her legacy of caring for the people of Utah,” Herzog said.

She cited several issues as priorities. “Clean air, funding for education, protecting our public lands and providing equitable, quality healthcare for all, especially as we continue to work through the challenges of this pandemic,” she said.

Alan Clark: Clark, 46, is a self-employed contractor who, he says, has worked in many fields.

His parents were educators and “teachers are my biggest concern and priority,” he said. “I owe it to my parents and my former educators to do better for them. Growing up, a son of educators, I know first hand the hardships teachers face.”

He says his education has made him a “well-rounded person” while his work in distinct fields has made him “relatable.” Protecting the environment is important and he also touted elimination of the sales tax as a big issue.

People are taxed enough “in the wrong ways,” he said. “I’d like to help restore balance to the work life and fight for minimum-wage increases. The common working person is me and I want to represent the majority.”

Kristin Wojciechowski: Wojciechowski, 47, is director of advancement in the Department of Family and Preventive Medicine and Public Health at the University of Utah’s School of Medicine. This is her first bid for public office.

“I have built a career as a successful entrepreneur, community advocate and higher education healthcare professional. Responding to the pandemic is the legislature’s most important job this session and I have the experience needed to be an effective advocate for the 10th district,” she said. She received bachelor’s and master’s degrees from Weber State University and has “built my life in Weber County.”

COVID-19 relief is an important issue for her. “The 10th district needs an advocate in the state house to fight for our fair share of state and local aid delivered by the federal government to fund widespread vaccination programs and rebuild from the pandemic,” Wojciechowski said.

Education is also important for her. “Rep. Lou Shurtliff was a staunch advocate for high quality public education and I will work to continue her legacy,” she said.

The other three hopefuls are Michael Blodgett, Betty Sawyer and Kenneth William Stremme. They didn’t immediately respond to email queries from the Standard-Examiner seeking comment on their candidacies.

Is it decision day on Brexit talks – and what is still to be resolved? | Brexit

‘I am having a good sleep. Things have dramatically changed’