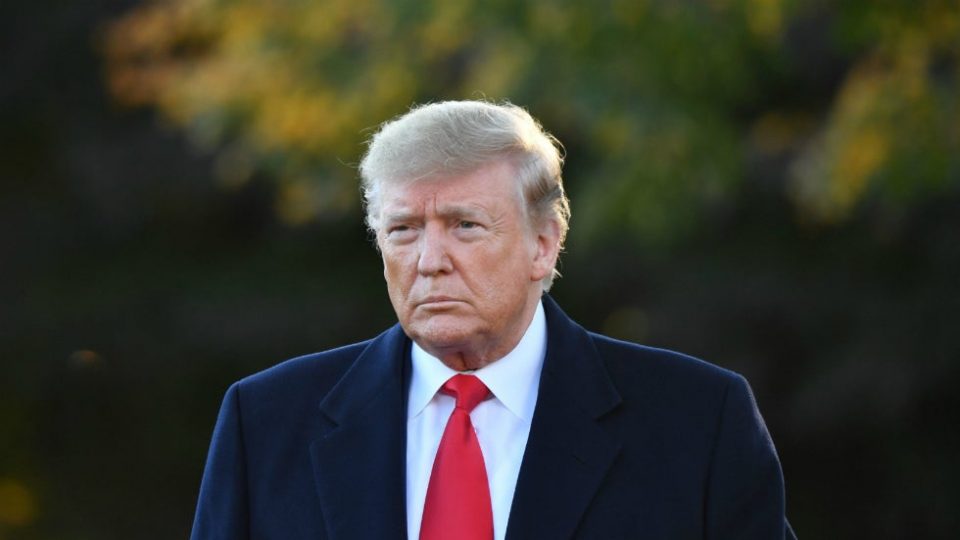 Trade watchers are on edge as President Trump

Businesses are concerned that the commitments from China will not be enforceable and that significant tariffs remain in place. China hawks, meanwhile, worry that the deal does little to curb Beijing’s bad behavior.

Trump is expected to sign the deal Wednesday morning in a ceremony with Chinese Vice Premier Liu He. And in the run up to the signing, the White House has touted the deal as a significant achievement, pointing to promises from China to buy $40–50 billion of agricultural goods over two years, as well as billions of additional purchases.

“This is the first time we have had a comprehensive agreement with China on technology issues, agricultural issues, financial services, purchases and … a real enforcement mechanism. So this is a big win for the president,” Treasury Secretary Steven Mnuchin

But trade watchers have been skeptical about the significance of the deal, noting that many of the most important issues were put off for a future “Phase Two” negotiation.

One regular criticism is that the White House has yet to release the text of the deal, raising questions as to the extent of China’s commitments and how the deal will be enforced.

“Maybe I just missed them, but I’m not aware of them being released yet,” said Sen. Pat Toomey

“I hope we can get a series of agreements that will resolve the outstanding disputes,” he added.

Charles (Chuck) Ellis SchumerWatchdog group requests ethics probe into McConnell over impeachment remarks Congressional leaders have been shadow boxing on impeachment Pelosi set to send impeachment articles to the Senate next week MORE (D-N.Y.), who has championed a tough approach on China, raised his own questions about the deal, asking for specifics on how it addressed state-owned enterprises, dumping and industrial subsidies, among other issues.

“For all the effort and turmoil over the past few years, the deal that President Trump plans to sign tomorrow hardly seems to advance the United States past square one,” he said Tuesday.

“The text will be released tomorrow, showing the structural reforms and enforceability of the agreement,” said White House spokesman Judd Deere.

“The truth is the President has protected the American worker and fundamentally changed our relationship with China.”

Business owners breathed a sigh of relief when the deal was announced late last year, largely because it hit the brakes on an ever-expanding trade war between the two economic superpowers that led to tariffs on $370 billion of Chinese imports.

But there are many groups outside of Washington that remain skeptical of the deal, particular in the absence of details.

Farmers, in particular, have struggled under tough countertariffs from China.

“We were told Mexico would make massive ag purchases from the U.S. and that the E.U. would make huge purchases of U.S. ag products. Neither of those promises were fulfilled,” said Brian Kuehl, Co-Executive Director of Farmers for Free Trade, a pro-trade advocacy group.

“Now we’re being told that China will double the level of its historic purchases. Needless to say, there is a healthy skepticism about whether American farmers will actually see these purchases,” he added.

Business groups are also eager for the administration to quickly move ahead with the next round of the trade talks, with many tariffs still in place. And they caution that the talks ahead will have to address many of the tougher questions negotiators have sidestepped.

But Trump last week also raised new fears on the timing of the more substantial Phase Two deal, musing that he might put it off until after the November election.

“I think I might want to wait to finish it until after the election, because by doing that I think we can actually make a little bit better deal — maybe a lot better deal,” he said.

“There remains considerable ground yet to be covered in terms of protecting intellectual property and counterfeit of goods among other issues before a meaningful trade agreement is met between the world’s two largest economies,” said Stifel chief economist Lindsey Piegza.

“Furthermore, China has a history of making deals and failing to follow through, and this case may be no different as the enforcement mechanism to ensure Chinese compliance remains unclear,” she added.