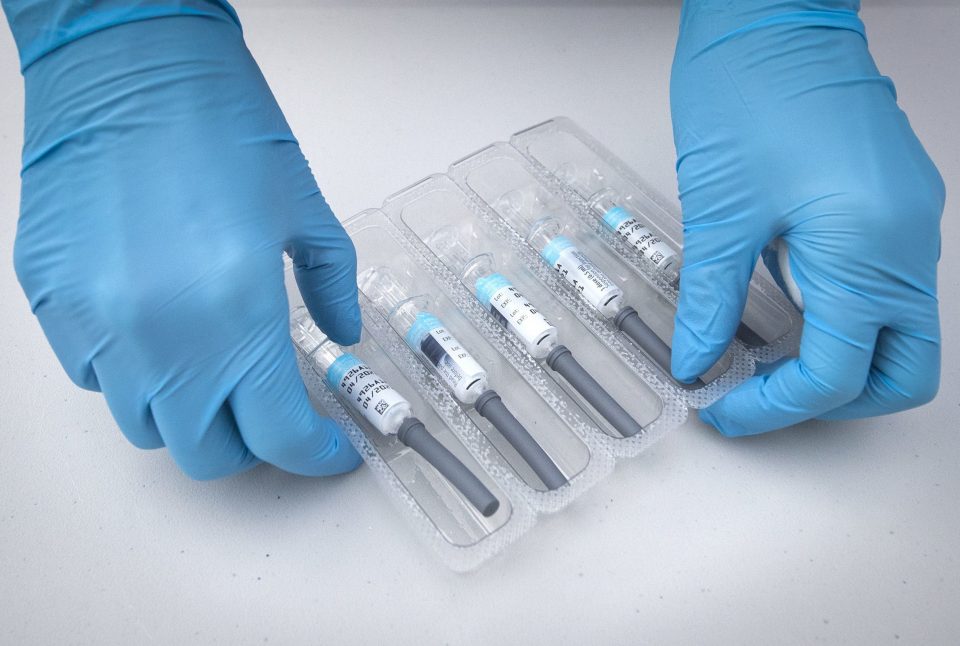 The Government is in talks with manufacturers about the need for a UK furnace for the specialist glass required to make millions of vaccine vials, it can be revealed, as the world races to halt the spread of Covid-19.

Thousands of British workers were once employed melting and producing the laboratory glass borosilicate before large-scale manufacturing in Sunderland was moved abroad.

Now only a handful of internationally-owned factories in the UK are capable of fashioning the raw, specialist glass imported from Europe.

The i newsletter latest news and analysis

A leading glass expert has told i Whitehall officials have commissioned a study ahead of a meeting this week to discuss if Britain once again needs “sovereignty” over production – with at least 120 million vials needed to give every Briton a coronavirus jab and booster.

But if ministers decide to build a new factory, it could take 18 months to get it through the planning system and into production.

Dave Dalton, the chief executive of UK trade body British Glass, said: “It has become very apparent to the Government, during the vaccine challenge, that the whole supply chain needs to be fit for purpose.

“One of the sticking points recognised was that we no longer have sovereign capability to manufacture borosilicate glass, which is the specific type of glass used in vials and ampoules used for drug administration.

“These are typically made elsewhere and shipped in. Sometimes they are shipped in as a tube and fashioned into the final vials here in the UK, but still the blast manufacturing stock has not been available.

“The Government recognised that and asked what could be done to safeguard the UK.”

While the UK could be among the first countries to produce a vaccine, the Government will have to compete with every country in the world to obtain glass vials.

Several major pharmaceutical companies have been concerned about a potential shortage of the vials, with several deals to boost global manufacturing capacity being signed in recent months.

CEPI, the Coalition for Epidemic Preparedness Innovations, has already signed a deal with Italian firm Stevanato Group in June for supplies of 100 million borosilicate glass vials which can hold up to two billion doses of vaccine.

‘We will have stock of the material that we need’

Mr Dalton said: “We’re doing a lot of work obviously in the UK on creating a vaccine, on but that would be no good if we couldn’t fill ampules and deliver it.

“Like a lot of things in the Covid-19 crisis, you solve one problem only to find that across the whole delivery infrastructure, the bottleneck is somewhere that we haven’t really foreseen.

“But there has been a great reaction around the world and there is, I think, a universal belief that when a vaccine is ready the supply chain is in reasonable order.”

He added: “A lot of work has been done to understand our future need and whether it’s appropriate to have a UK facility. I wouldn’t want to lead anyone up the garden path. It’s a conversation at the moment.

“But I’m quite confident that we will be in the right place at the right time. The provision was looking for 120 million. That is doable in the timeframe that a vaccine will be ready, but it will not be melted in the UK, a lot of it will be fashioned from tubing manufactured elsewhere.

He said: “We’re not going to be able to build a plant in six months. It could be done, but in reality it would probably take at least 18 months to have a functional factory. But we will have stock of material that we need.”

A government spokesperson said they were investing up to £93m in a new Vaccines Manufacturing and Innovation Centre, and a further £38m in a rapid deployment facility. The spokesman said: “All developing plans recognise there are numerous potential vaccine candidates, meaning we will need to remain flexible. There are no certainties in the development, production, formulation and timing of any new vaccines.”

Millions of Britons will know borosilicate glass under the trade name Pyrex – the dishes used to cook millions of hot dinners since the 1930s.

The Wear Flint Glass Works in Sunderland pioneered Pyrex in 1922 when it bought the rights for heat resistant glassware from US firm Corning and at its height employed 3,000 workers.

But production was transferred to France in 2007, ending a history of glass manufacture on Wearside that had begun in 674 when French and Italian glaziers were invited by the Anglo-Saxon abbot Benedict Biscop to make the windows for Monkwearmouth Priory.

A £54m centre of excellence for glass innovation, Glass Futures, is already in the pipeline to be built at St Helens in Merseyside, with the Government announcing £9m funding towards the project in August.