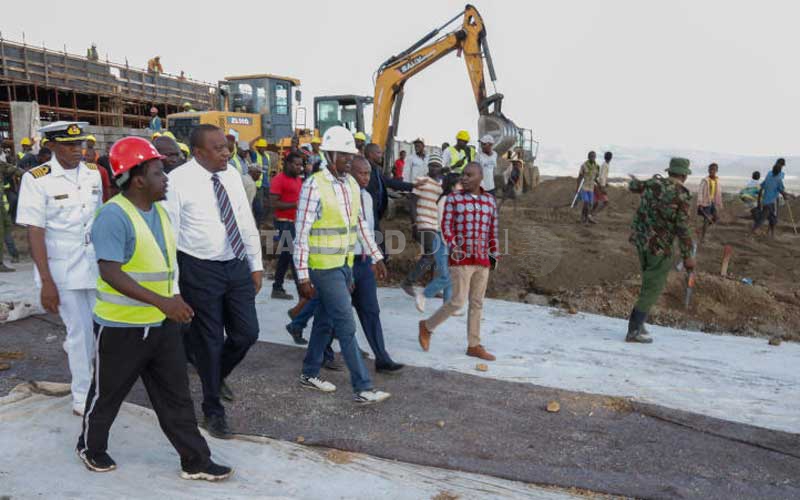 President Uhuru Kenyatta’s remark that he did not understand why Kenyans are broke has stung his lieutenants into action.

High-ranking government officials spent the better part of the week figuring out how they can put money into people’s pockets, burning the midnight oil as they sought to end a cash crisis that has snuffed life out of several businesses and left scores jobless.
The President’s wrath has travelled through the government circles, culminating in an ultimatum by acting Treasury CS Ukur Yatani to State corporations and county governments to pay suppliers close to Sh137 billion by December 1.
Fifteen counties risk not receiving their conditional grants should they fail to pay suppliers while 53 State corporations will not get their allocations for the current financial year should they fail to settle their pending bills.

Meanwhile, the Kenya Revenue Authority (KRA) held a meeting with representatives of the private sector in which it promised to release around Sh27 billion worth of tax refunds to businesses by April 2020. In a joint communique with the Kenya Private Sector Alliance (Kepsa), KRA also acknowledged the need to reduce the tax-load for small businesses even as it announced that a new tax policy was in the offing.
“Calling on the government and the relevant tax policy formulators to rethink our tax regime for Small and Medium Enterprises (SMEs) who are currently constrained and opting to evade tax obligations due to the high cost of compliance,” read the joint communique. This means the government would like to pump at least Sh165 billion into the economy, mostly in the form of pending bills and tax refunds, which should improve the cash flow among individuals and businesses.
Mr Yatani read the riot act to 53 State corporations and 15 county governments that he noted have persistently failed to pay suppliers. Yatani, who is also the Labour CS, said failure to remit the pending bills has “led to negative impact on the economy”, including resulting into unemployment and a spike in poverty levels.

For More of This and Other Stories, Grab Your Copy of the Standard Newspaper.

“Cases of individuals and firms experiencing unmet financial obligations, including failure to repay loans, are widespread all over the country,” he said. Bad loans as a fraction of total loans have increased from a low of 4.7 per cent in December 2012 to 12.5 per cent currently.
They surged to Sh342.2 billion in August as firms and households continued to grapple with a tough business environment.

This is at a time when thousands of government employees ushered in the lean times after most State corporations started implementing Uhuru’s fat-trimming measures, which have seen tea taken off the menu in some offices. Besides Kenya Power, which brought the tea party to an end last week, the University of Nairobi also suspended “teas, snacks, water and personal expenditure” in a far-reaching cost-cutting measure unveiled by President Kenyatta on November 11.
Energy Cabinet Secretary Charles Keter told the Sunday Standard that the decision by KPLC to get rid of tea was part of the austerity measures.
Non-essential items
Others that have not reduced their tea budgets have, however, slashed their travel, training and advertisement expenses after Yatani issued a circular that ordered cutting expenditure on non-essential items by half. “Now, we cannot advertise. So you won’t see supplements on newspapers,” said a source at one of the regulatory authorities, who did not want to be named.
The government hopes that implementation of the austerity measures will release funds for critical development programmes, including the President’s Big Four Agenda, which includes job creation, development of half a million cheap houses, provision of critical healthcare to all Kenyans as well as ensuring every Kenyan has access to nutritious food.

Uhuru is said to have wondered why Kenyans are broke, setting off a series of high-level engagements between government leaders and their counterparts in the private sector. “Why are people broke; why is it that there is no money in their pockets?” wondered the President. After its meeting on Thursday, the Cabinet announced it had come up with a number of policies aimed at “stimulating” the economy. Some of these policies include a new youth policy which seeks to address, among other issues that affect young people, unemployment. Another policy that was approved is the Business Laws (Amendment) Bill 2019, aimed at improving business environment in the country so as to attract more investments.
Further, the State Department of Housing and Urban Development has announced plans to place a Sh3 billion procurement order with the informal sector to produce 100,000 doors and 120,000 windows in the Affordable Housing Programme.
Principal Secretary Charles Hinga told jua kali sector players to make formal their associations so they can access the opportunities for the projects in Nairobi’s Starehe and Shauri Moyo estates.
But given the dismal performance of the Access To Government Procurement Opportunities, a programme aimed at facilitating the youth, women and persons with disability-owned enterprises to be able to participate in government procurement, it is hard to see how jua kali industries will do any better. On Monday, the Cabinet committee that deals with implementation of national government projects, and which is chaired by Matiang’i, met with Kepsa members to discuss ways to jump-start the economy.
The leaders met in a “no holds-barred”, “hard-hitting” discussion on how to stimulate jobs, revenue and investments, according to Kepsa chairperson Nicholas Nesbitt.

“We took the feedback that we have received over the last few months from the private sector businesses, many of whom are having a very difficult time, and we fed it to the government. And the government was all ears to hear about it,” said Nesbitt. Matiang’i said the meeting was aimed at opening up the economy and creating jobs. “Businesses have raised very substantive questions around the bureaucracy and regulation and how it is strangling businesses,” said Matiang’i, noting that the National Treasury promised to address the issue of pending bills, which have strangled some businesses.
He said the President had instructed that the issue of pending bills be addressed by the end of this month.
“We have committed to our private sector colleagues that we will stay on that path to ensure we address some of these challenges like pending bills that affect businesses so that businesses can grow, expand and create employment for our people,” said Matiang’i.

Do not miss out on the latest news. Join the Standard Digital Telegram channel HERE.

Johnsson, now a Devil, figured salary-cap issues would force Leafs to trade him