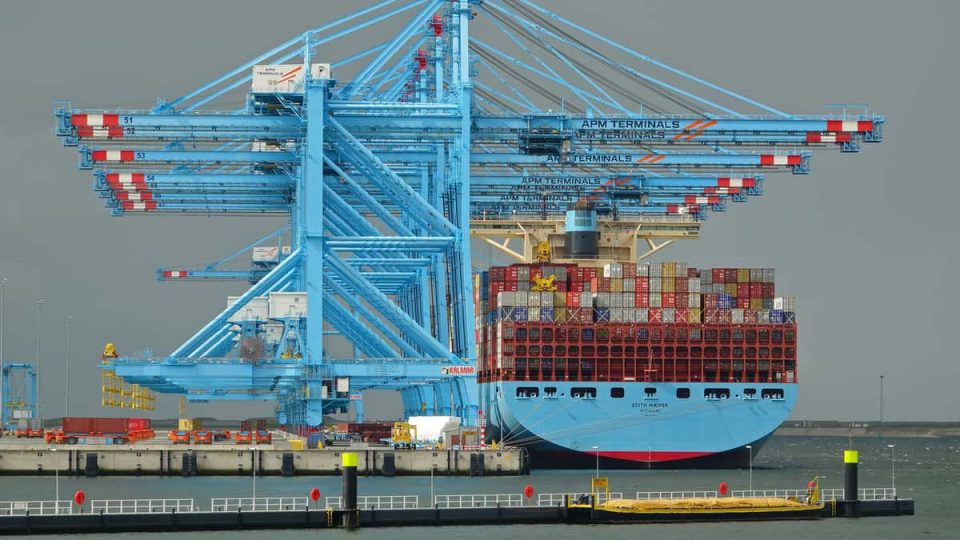 Maersk said its goal of carbon-free shipping will be best reached with new types of marine fuels based on alcohol, renewable natural gas and ammonia. It is urging refiners and fuel producers to start research into how these fuels can be produced at scale to reduce the shipping industry’s contribution to greenhouse gas emissions.

Total fuel use rose 16% from a year earlier due to having a larger fleet and more operating days for its vessels.

Maersk has also set the goal of zero carbon dioxide emissions by 2050. The International Maritime Organization is tasking container shipping overall with cutting emissions by half relative to 2008. Shipping is responsible for up to 3% of the world’s greenhouse gas emissions, Maersk said.

Carbon emissions are becoming a more important issue across ocean freight’s customer base. Kuehne + Nagel, the largest ocean freight forwarder in the world, said it will offer a less-than-container load service in 2020 that will be carbon neutral. By 2030, Kuehne + Nagel expects that its asset-based partners in ocean, air, and land transportation will also be carbon neutral.

In a study done with ship registry Lloyd’s Register, Maersk said the “best-positioned fuels for research and development into net-zero fuels for shipping are alcohol, biomethane and ammonia.”

Maersk Chief Operating Officer Soren Toft said, “These three are the right places to start. Consequently, we will spend 80% of our focus on this working hypothesis and will keep the remaining 20% to look at other options.”

Each of the fuels presents different opportunities and challenges. Alcohols, both ethanol and methanol, are easily handled and can be created from renewable resources such as biomass or renewable hydrogen.

Methanol is already being used by some ships as a fuel. Yet it also requires retrofitting ships with larger fuel tanks since alcohol fuels are less energy-dense than regular marine fuel.

Natural gas from renewable resources such as biomass also offers an additional pathway to carbon-free shipping. But the marine fuel industry needs to ensure against “methane slip,” the emission of unburned methane, which is a major source of greenhouse gas emissions.

Ammonia can be produced from renewable electricity and its energy conversion rate is higher than that of other renewable fuels. But ammonia is highly toxic, making it more difficult for crews to handle.

As current marine engine technology can handle these fuels, Toft said “the main challenge is not at sea but on land” as the marine fuel industry must “produce and distribute sustainable energy sources on a global scale.”

“We need to have a commercially viable carbon neutral vessel in service 11 years from now,” Toft said.

200,000 seafarers fear there’s no plan to get them off ships

US reaches deal in principle on trade with China – Newtelegraph