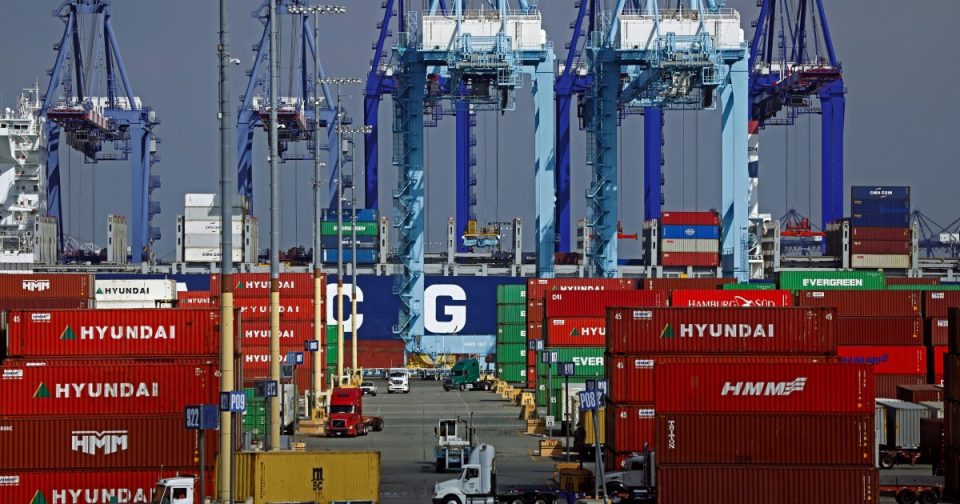 Overwhelmed U.S. ports, elevated freight costs and accidents that sent goods plunging to the bottom of the ocean are causing headaches for U.S. retailers already reeling from the pandemic.

From appliance makers to shoe brands and fitness equipment manufacturers, corporations of all sizes are reporting logistics struggles, especially on trans-Pacific trade routes. Although they haven’t yet translated into widespread sticker shock for consumers, the ongoing shipping issues threaten to disrupt inventories if they persist much longer.

“I don’t think we’re meeting everybody’s expectations today — and, frankly, we’re unlikely to. I doubt if anybody else is either, [if] importing products from Asia,” Crocs Inc. Chief Executive Andrew Rees said on an earnings call this week. “Getting it through Long Beach and other ports, getting shipped to customers, is really challenging right now. And that’s not an issue with production capacity; that’s just logistics.”

The supply strains, compounded by shortages of shipping containers, are starting to hit companies’ operations. Nautilus Inc., which makes fitness machines like Bowflex, said on a call this week that logistics issues delayed the launch of some of its new connected treadmills. Shoemaker Wolverine World Wide Inc. said $20 million in sales would shift from the first to the second quarter because of the backlogs. Steven Madden Ltd. said supply chain disruptions cut the footwear company’s first-quarter sales expectation by $30 million.

Retailers expect the problems to spill into the next quarter, though some say they think the worst is behind them.

Nautilus Chief Financial Officer Aina Konold said the company no longer needs to send purchase orders two or three quarters into the future. “We have gone back to issuing them closer to normal lead times of several weeks,” she said.

Lowe’s Cos. CEO Marvin Ellison said in an interview that appliances in particular are still having some challenges, but “we’ll have corrected it” over the next couple of months.

Outside of the usual shipping headaches, Tapestry Inc. brand Kate Spade had the misfortune of being involved in two separate cargo ship incidents in which containers full of goods went overboard in rough seas. CEO Joanne Crevoiserat said earlier this month that the losses will affect the brand’s spring deliveries. Mike George, CEO of QVC and HSN owner Qurate Retail Inc., said he’s lost at least one big batch of vacuum cleaners to the ocean floor.

The logjams come as demand from American companies and consumers has remained strong enough to propel U.S. merchandise imports to a record high in January, even as exports remained sluggish. That divergence led the gap between the two — the goods trade deficit — to increase again and stay close to a record set in November.

All those inbound products are clogging the nation’s biggest ports, from Savannah, Ga., on the East Coast to Los Angeles — the biggest gateway for trade with Asia. The number of container ships waiting to enter the neighboring ports of L.A. and Long Beach stood at 27 late Thursday, with an average wait of more than a week. Parked in San Francisco Bay were about a dozen container vessels waiting to berth at the Port of Oakland, according to satellite tracking.

Economists at the nation’s central bank have taken note of the difficulties, and at least one doesn’t predict an end to them any time soon. According to a paper published Friday by Julianne Dunn, an economic analyst at the Federal Reserve Bank of Cleveland, “it is likely that supply chain disruptions will continue to evolve for the foreseeable future.”

In the meantime, some companies are paying premiums to send goods by air, substituting products on shelves, and trying to renegotiate arrangements with shippers. Steven Madden is shipping some goods by air but is “judicious” about the move, CEO Edward Rosenfeld said, because the cost of air freight is also up more than 100% compared with a year ago.

There’s been little relief recently on ocean freight, either. The Drewry Hong Kong-Los Angeles container-rate benchmark of spot rates has held steady over the last six weeks, averaging just over $5,900 per 40-foot container — more than quadruple the level of a year ago.

“The planning ability is absolutely key,” Under Armour Inc. CEO Patrik Frisk said in an interview earlier this month. “Anything you try to do on the fly, so to speak, is going to cost you dearly as it relates to transportation.”

Container shipping 2021: Hangover or party on?