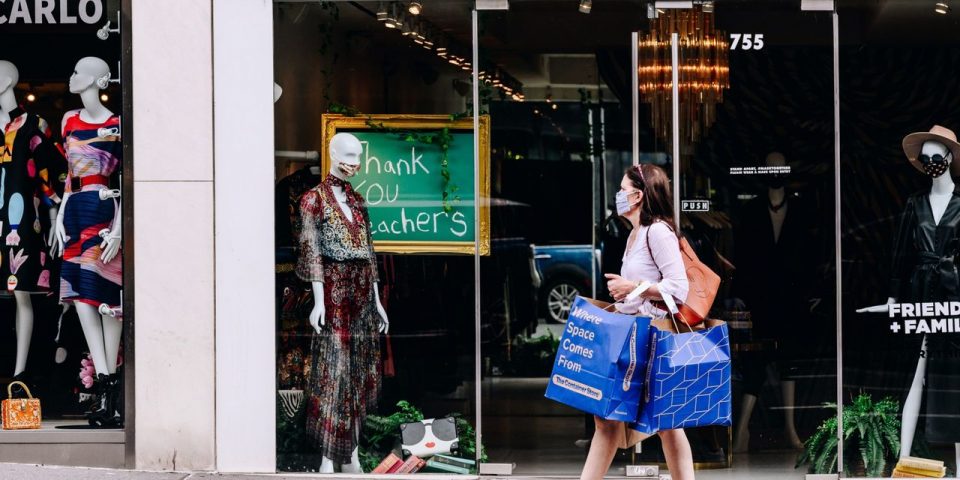 
Is the U.S. economy doing well or not? It depends on what you’re looking at. Consumer data suggest businesses are booming. Production data, however, present a bleaker picture.

The best news continues to come from the monthly data on retail spending, which is a good proxy for total consumption of goods as well as spending at bars and restaurants. As of September, this measure of consumption is now 4% higher than it was in February on a seasonally adjusted basis. Exclude gasoline and groceries, and consumer spending is up 5%. Focus only on goods—because the pandemic is depressing demand for bars and restaurants—and total spending is up 9%.

In September alone, spending was up 2%, with even larger gains excluding groceries and gasoline. Particularly noteworthy was the 3.6% bump in spending on motor vehicles and parts. Big-ticket purchases are the clearest expression of consumers’ confidence in future earning power. Almost every category of spending was up, led by clothing and accessories with an 11% monthly gain.

This is all the more impressive considering that income support from the federal government had expired at the end of July. While it remains an open question how long this can last before households’ savings from earlier in the year are exhausted, it’s certainly encouraging. IHS Markit responded to the news by upgrading its U.S. gross domestic product growth estimates for third and fourth quarters by 0.6 and 0.7 percentage points at an annual rate, respectively.

On the other hand, the news from America’s producers is less encouraging. Despite an impressive 7% monthly increase in output in the beleaguered aircraft and parts sector, overall industrial production excluding energy extraction, refining, and distribution fell slightly in September, and remains 6% below the level of February.

Particularly concerning was the drop in machinery and electrical equipment production, along with continued weakness in primary and fabricated metal output. Combined, those categories grew just 0.8% in September, and are still more than 10% below pre-pandemic levels.

So far, the difference can be explained by inventory depletion. Retailers’ inventories of motor vehicles and parts have dropped 22% from February levels, while wholesaler and manufacturer inventories have each dropped about 2%. That’s allowed demand to run hot even as production has slowed, but that can’t go on too long before distributors decide they need to rebuild their stocks.

The alternative, of course, is that demand falters, manufacturers’ and distributors’ conservatism is rewarded, and inventory levels remain depressed. That would be bad news.