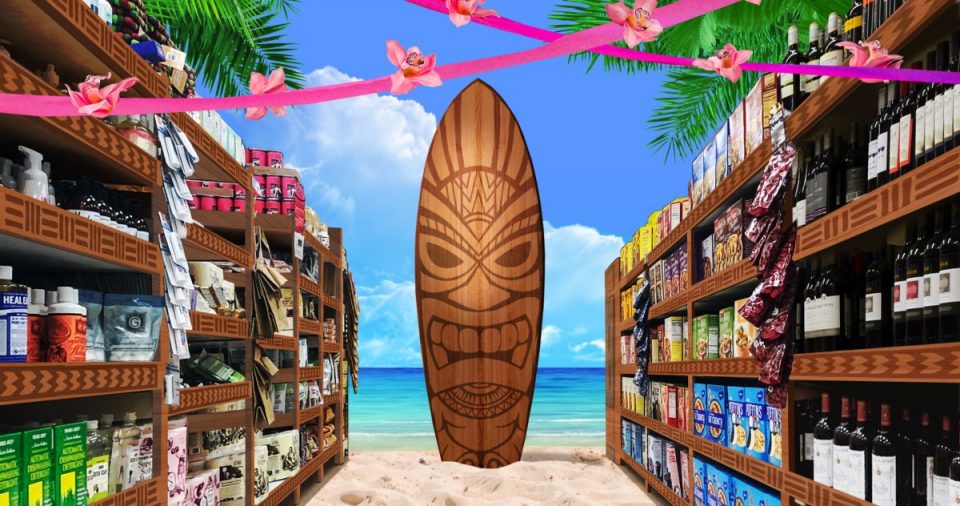 In the ‘60s, Joe Coulombe discovered an improbable retail formula that treated every product as if it were wine

In 1957, Joe Coulombe knew nothing about the grocery industry. He was 27 years old and had never taken a course in retail. He had never operated a cash register, waited on a customer, or filled out a purchase order for a wholesaler. He had no particular interest in food and cultivated such a rarified wine palate that he preferred to sip on Paul Mason Cooking Sherry to relax.

He was however a recent Stanford Business grad who had been hired by the Rexall Drug Company to revive its failing Owl Drug chain. As part of this process, Joe discovered 7-Eleven, then a relatively new chain out of Texas. Rexall’s response was to ask Joe to start an imitation chain in California. This struck him as madness, but nevertheless Rexall corporate selected six Owl stores and declared they would form the basis of a new chain. Joe is named president, and the fleet of stores that will become Trader Joe’s of today is born.

His first act as president was to find what he thought was the best run grocer in town and apprentice himself, offering to work free on weekends in exchange for a half hour of the owner’s time after each shift. The owner was giddy — a Stanford grad mopping his floors! — so for months, Joe spent his weekends slicing boxes and stocking shelves, before heading to the back office with notebook and pen, asking every simple question that came to mind.

Later, he would call it the best way to get an education. One observer tells me, “that grocer got a smart young kid to work with him for a few months. Joe got a billion- dollar business.” But Joe’s own personal takeaway: He didn’t actually like the grocery world. How his wife, Alice, puts it, “Grocery is a very conservative culture. And Joe didn’t belong. Or attempt to belong. Early on we went to a single grocery industry convention. Then we decided never to go again.”

So he broke with tradition.

Rather than worrying about which items his customers expected, Joe became obsessed with products with a high value relative to size.

Most consequentially, he made two decisions that shaped the Trader Joe’s of today: First, he concluded that nothing in the actual store is essential. Rather than worrying about which items his customers expected, he became obsessed with products with a high value relative to size. “Joe would measure every product with a ruler and calculate price per cubic inch,” an early employee explains. “It didn’t mean we wouldn’t carry something big like paper towels, we’d just give them much less room.” The store would go heavy into items like magazines and phonographs. L’eggs hosiery sold from a vertical spinning rack that occupied less than one square foot of floor space, becoming his Platonic ideal. Weird items like ammo became big winners. “We were doing 2% of sales in bullets each month,” the same employee explains. “Little boxes, incredibly easy to handle.”

Second, inspired by the development of the Boeing 747, which held two and a half times more passengers than its immediate predecessor but required only a slight increase in crew, Joe decided to maximize the return on his investment in employees. Rather than increasing floor space, opening new stores — growing his business by diluting his talent pool — he decided he wanted to grow in a way that maximized that investment.

A focus on booze knit these shifts together. Liquor licenses — which at the time cost almost as much individually as the startup cost for an entire store — were the perfect way for Joe to increase his investment per employee. And a bottle of wine was the ultimate high price per cubic inch product.

The first TJ’s would open with 100 brands of scotch, 70 brands of bourbon, 50 brands of rum, and 14 tequilas, along with “the greatest assortment of California wines ever assembled.”

It was an assortment that petered out at just 17 labels — and was valued most of all for the slogan it produced — but its immediate success pushed Joe to teach himself the basics of the wine business from the ground up. Learning the intricacies of wine was a decision he would describe as his most consequential decision as a grocer — and led him to break with tradition in ever greater ways.

The first lesson he learned: There was no such thing as wine, only wines. Even product from the same grape, grown on the same soil, crushed by the same vintner, varied so much year to year that price in wine was never set by brand but by vintage. Wines were the opposite of Cola-Cola and just about everything else he was selling.

The second lesson was that wine was a deliriously complex business. At the time, California liquor law was dominated by a series of Depression-era regulations called Fair Trade, designed to limit competition and help smaller independent stores. In theory, Fair Trade was simple: All retailers must set the same price for alcohol. But in practice, Fair Trade was a byzantine maze of regulations, and by and large, rather than wading into that regulatory swamp, retailers and wholesalers alike simply took their cues from one another; instead of studying the source material, Joe observed, they studied the competition.

Joe, on the other hand, decided to embrace the tangle. He traveled to Napa, then France, attending lot auctions and learning production. He studied the Fair Trade regulations in depth and asked a lot of obnoxious questions.

And in one particular question, he hit pay dirt.

Everyone can get a vaccine – eventually | Winchester Star