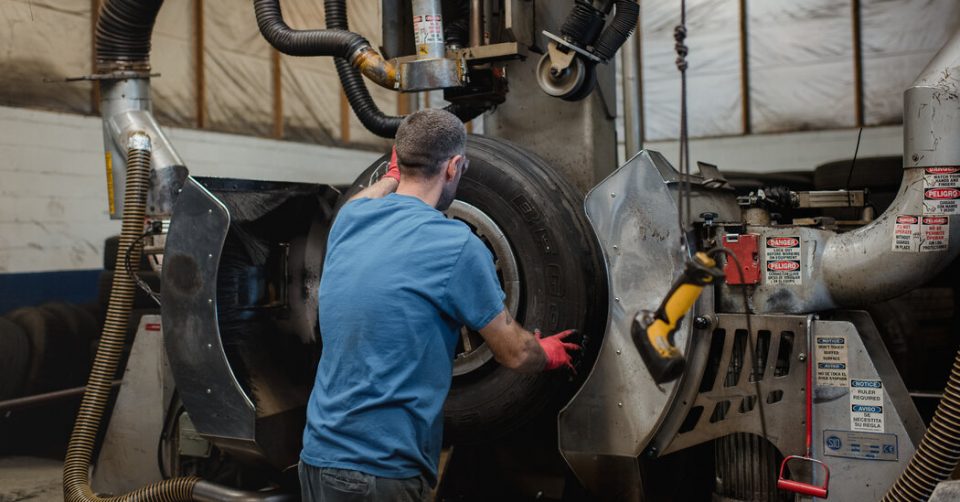 BETHLEHEM, Pa. — To understand how much President Trump has altered the conversation around the economy, just listen to Bruce Haines, who spent decades as an executive at U.S. Steel before becoming a managing partner of the elegant Historic Hotel Bethlehem.

The steel mills that still dominate Bethlehem’s skyline have long been empty. And now, so are the tables in the Tap Room, the hotel’s restaurant, a sign of the economic hardship caused by the coronavirus pandemic. “It’s been very difficult,” Mr. Haines said.

The president’s management of the pandemic is a prime reason many voters cite for backing his opponent. But Mr. Haines, who lives in a swing county in a swing state, is struck most by a different aspect of Mr. Trump’s record.

“I spent 35 years in the steel business and I can tell you unfair trade deals were done by Republicans and Democrats,” Mr. Haines said. Both parties, he complained, had given up on manufacturing — once a wellspring of stable middle-class jobs. “Trump has been the savior of American industry. He got it. He’s the only one.”

In perhaps the greatest reversal of fortune of the Trump presidency, a microscopically tiny virus upended the outsize economic legacy that Mr. Trump had planned to run on for re-election. Instead of record-low unemployment rates, supercharged confidence levels and broad-based gains in personal income, Mr. Trump will end his term with rising poverty, wounded growth and a higher jobless rate than when he took office.

Still, despite one of the worst years in recent American history, the issue on which Mr. Trump gets his highest approval ratings remains the economy. It points to the resilience of his reputation as a savvy businessman and hard-nosed negotiator. And it is evidence that his most enduring economic legacy may not rest in any statistical almanac, but in how much he has shifted the conversation around the economy.

Long before Mr. Trump appeared on the political stage, powerful forces were reshaping the economy and inciting deep-rooted anxieties about secure middle-income jobs and America’s economic pre-eminence in the world. Mr. Trump recognized, stoked and channeled those currents in ways that are likely to persist whether he wins or loses the election.

By ignoring economic and political orthodoxies, he at times successfully married seemingly contradictory or inconsistent positions to win over both hard-core capitalists and the working class. There would be large tax breaks and deregulation for business owners and investors, and trade protection and aid for manufacturers, miners and farmers.

In the process, he scrambled party positions on key issues like immigration and globalization, and helped topple sacred verities about government debt. He took a Republican Party that preached free trade, low spending and debt reduction and transformed it into one that picked trade wars even with allies, ran up record-level peacetime deficits and shielded critical social programs from cuts.

“He completely moved the Republican Party away from reducing Social Security and Medicare spending,” said Michael R. Strain, an economist at the conservative American Enterprise Institute.

On immigration, Mr. Trump remade the political landscape in a different way. He has accused immigrants of stealing jobs or committing crimes and — as he did in Thursday night’s debate — continued to disparage their intelligence. In doing so, he rallied hard-line sentiments that could be found in each party and turned them into a mostly Republican cri de coeur.

The Democrats changed in turn. Former Vice President Joseph R. Biden Jr. has positioned himself as the champion of immigrants, pledging to reverse Mr. Trump’s most restrictive policies, while rejecting more radical proposals like eliminating the Immigration and Customs Enforcement agency.

He has also been pushed to finesse his position on fracking and the oil industry, promising not to ban the controversial drilling method on private lands, and trying — with mixed success — to walk back comments he had made during the presidential debate about transitioning away from fossil fuels.

Shifts on trade were more momentous. Mr. Biden and other party leaders who had once promoted the benefits of globalization found themselves playing defense against a Republican who outflanked them on issues like industrial flight and foreign competition. They responded by embracing elements of protectionism that they had previously abandoned.

No matter who spends the next four years in the White House, economic policy is likely to pay more attention to American jobs and industries threatened by China and other foreign competition and less attention to worries about deficits caused by government efforts to stimulate the economy.

The reshuffling is clear to Charles Jefferson, the managing owner of Montage Mountain Ski Resort near Scranton, Pa.

“Those were not conversations we were having five years ago,” he said. “The exodus of manufacturing jobs, that was considered a fait accompli.”

Mr. Jefferson, 55, grew up in North Philadelphia in a blue-collar union family and remembers the hemorrhaging of jobs that many Democratic leaders said was unstoppable in a globalized world — even though such positions were deeply unpopular with many rank-and-file Democrats.

Manufacturing revived after bottoming out during the Great Recession but floundered during President Barack Obama’s second term. Mr. Jefferson, who said he voted for Mr. Obama, supported Mr. Trump in 2016. He plans to do so again.

The sector still represents a relatively small slice of the economy, accounting for 11 percent of the country’s total output and employing less than 9 percent of American workers. But Mr. Trump has been a relentless cheerleader. While he often took credit for manufacturing jobs at companies like General Motors and Foxconn that later disappeared or never materialized, the pace of hiring in the sector sped up considerably in 2018 before stalling out last year.

As a result, in this election, unlike the last, the significance of manufacturing and the need for a more skeptical approach to free trade are not contested.

Mr. Biden, after decades of supporting trade pacts, is now running on a “made in all of America” program that promises to “use full power of the federal government to bolster American industrial and technological strength.” He has also vowed to use the tax code to encourage businesses to keep or create jobs on American soil.

Even voters who don’t particularly like Mr. Trump credit him with re-energizing the U.S. economy.

Walter Dealtrey Jr., who runs a tire service, sales and retreading business in Bethlehem that his father started 65 years ago, said he voted for Mr. Trump in 2016, but he was never a big fan of the president.

“He talks too much,” said Mr. Dealtrey, who’s been around long enough to distinguish a new Goodyear or Michelin tire by its smell. “And his tone is terrible.” A year ago, he had considered the possibility of supporting a moderate Democrat like Mr. Biden or Senator Amy Klobuchar of Minnesota.

But with Election Day just over a week away, Mr. Dealtrey plans to once again support the president. Even after a few unnervingly slow months in the spring and some layoffs among the 960 people he employed at his company, Service Tire Truck Centers, he still trusts Mr. Trump on the economy.

Mr. Dealtrey talked as he walked around stacks of giant tires that towered above his own six-foot frame, a Stonehenge-size monument to wheeled transport. He likes the president’s focus on “big manufacturing” and the way he “instills confidence in businesses to invest in this country.”

Just how much responsibility Mr. Trump deserves for reframing some key economic issues is up for debate. Frustration about job losses in the United States has been brewing for decades; the parties were diverging on immigration; and antagonism toward China over trade practices, suspicions of technology theft and its authoritarian tactics extends beyond the United States.

“I don’t think he really has pushed the boundaries of any of those policy issues beyond where they already were,” said Mr. Strain of the American Enterprise Institute.

Similarly, Jason Furman, a chairman of the Council of Economic Advisers during the Obama administration, argues that Mr. Trump was pushed along by the same trends and forces that spurred his supporters. And on some issues, like immigration, he caused public opinion to move in the opposite direction.

In the end, it may turn out that the president’s most significant impact on economic policy is not one that he intended: overturning the conventional wisdom about the impact of government deficits.

By simultaneously pursuing steep tax cuts for businesses and wealthy individuals, raising military spending and ruling out Medicare and Social Security reductions, Mr. Trump presided over unprecedented trillion-dollar deficits. Emergency pandemic relief added to the bill. Such sums were supposed to cause interest rates and inflation to spike and crowd out private investment. They didn’t.

Mr. Furman is one of a growing circle of economists and bankers who have called for Washington to let go of its debt obsession. Investing in infrastructure, health care, education and job creation are worth borrowing for, they argue, particularly in an era of low interest rates.

That doesn’t mean the issue has disappeared. Republicans will undoubtedly oppose deficits resulting from proposals put forward by a Democratic White House — and vice versa. But warnings about the calamitous consequences of federal borrowing are unlikely to have the same resonance as before the Trump presidency.

Back in his office, Mr. Dealtrey remembers how disturbed he once was about the size of the deficit. “I used to care about my kids and grandkids being stuck with it,” he said, leaning back in his chair. “But nobody cares anymore.”

“Maybe I don’t care anymore,” he said, momentarily surprised at his own words. “We’ve got bigger problems than that.”