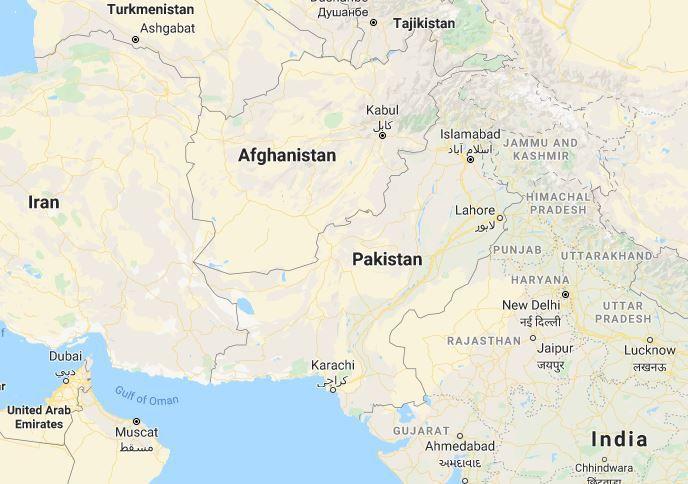 None of the five men, who live in Pakistan, Canada and England, is currently in custody, but arrest warrants are pending. If feasible, they will be extradited if caught, according to the office of Scott Murray, U.S. Attorney for New Hampshire.

The men are charged with conspiracy to violate the International Emergency Economic Powers Act and the Export Control Reform Act of 2018, as well as conspiracy to smuggle goods out of the United States.

A federal grand jury indicted the five in October. The men range in age from 41 to 82 and include a father and two sons, according to the 22-page indictment unsealed late Tuesday.

All five defendants are associated with the front company Business World, which is ostensibly located in Rawalpindi, Pakistan, prosecutors say.

Those front companies range from offices in a Hong Kong high-rise industrial building to a family residence in Mississauga, Ontario, to a pizza shop in Beckley, W. Va.

The conspiracy used the fronts to procure the U.S. products while concealing their ultimate destination, according to the indictments, which also list three unindicted co-conspirators.

Murray’s office said none of the 29 American companies knew about or were charged with criminal activity.

Those businesses are listed in the indictment anonymously, with only a number, the business location, the product sold and the price. The New Hampshire companies are described as:

U.S. Company 17, Brentwood, exported $1,367 worth of cartridge heaters on Nov. 10, 2016. It was paid by Buziness (sic) World Canada. The Nov. 10 shipment to Industria HK in Hong Kong was upended when UPS reported that the recipient refused delivery. One of the defendants then contacted the company and had the heaters sent to a different Hong Kong address. Last April, one of the defendants contacted the company to ask about shipping 200 of the same heaters to a Hong Kong address, the indictment said. It does not say whether that took place.

U.S. Company 20, Contoocook, exported $6,516 worth of digital/analog converters on Dec. 18, 2016. It was paid by Buziness World Canada and the product went to Industria HK. The defendants wired money from a Canadian bank to the company’s Bank of America account for high-density cables and analog output boards. They were sent to an organization named Product Engineering in Rawalpindi, Pakistan.

U.S. Company 25, Manchester, exported $13,549 worth of industrial safety equipment on July 7, 2018. It was paid for by Industria HK and the product went to Business World Pakistan. The Manchester company made the unlicensed export via a Pakistani freight forwarder. A month later, the Chashma Nuclear Power Plant, an asset of the PAEC, complained that there had been a problem with the shipment.

Both the Advanced Engineering Research Organization and the Pakistan Atomic Energy Commission are on the U.S. Commerce Department’s Entity List, which imposes license requirements on organizations whose activities are deemed contrary to U.S. national security or foreign policy interests.

The indictments allege 38 separate exports over a five-year time frame.

Sheikh is the father of Ahsan Wali and Kamran Wali, according to court documents. Waheed is the uncle of the unindicted co-conspirator affiliated with the West Virginia pizza parlor.

Some of the defendants are listed as top officials in the various front companies.

Conspiracy to violate the International Emergency Economic Powers Act carries a penalty of up to 20 years in prison. Violation of the Export Control Reform Act is punishable by up to five years.