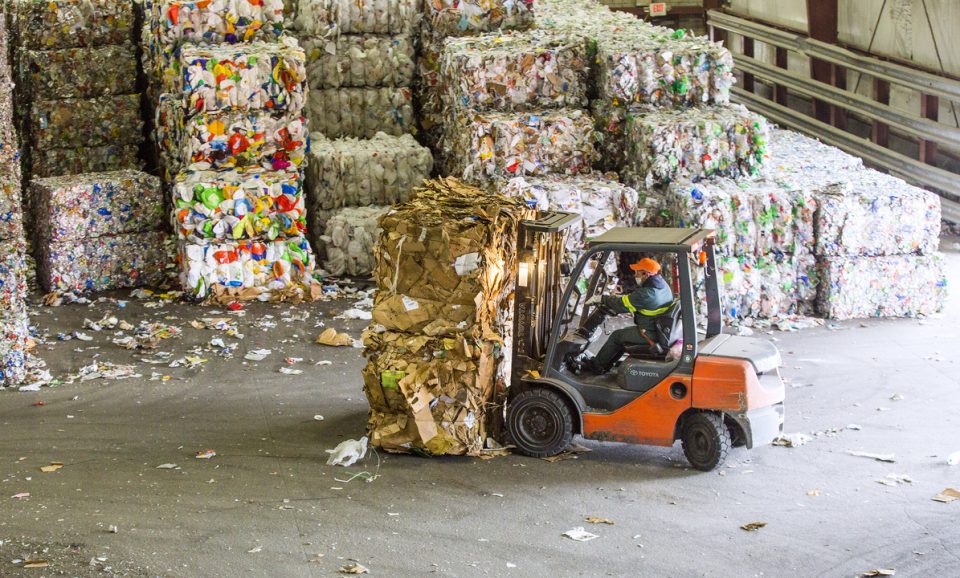 It’s about to cost Raleigh a lot more, a lot sooner than expected, to keep recycling.

The City Council will consider an agreement Tuesday to pay Sonoco Recycling up to $1.5 million to continue taking Raleigh’s recyclable materials for six months, while the two sides negotiate a longer contract.

And it’s not just Raleigh. The cost of recycling has been rising across the United States since China banned most recycled material imports in January, fallout from the Trump administration’s trade wars. In Cary, the town went from making nearly $500,000 a year selling recyclables to suddenly having to pay to get them hauled away.

Sonoco, which has served Raleigh since 2006, told the city earlier this year it would stop collecting recyclables in the city in December — two years sooner than expected — because of “unsustainable losses,” according to the agenda for Tuesday’s City Council meeting. A clause allows either party to end the contract upon 30 days notice.

As recently as 2016, Raleigh was still getting paid to send materials to Sonoco.

Now to keep recycling going through June 2020, the city has tentatively agreed to pay the company a baseline of $105 per ton, the highest rate in the Triangle. This number may change based on how much Sonoco earns from selling the processed recycled materials later.

Raleigh will either pull the $1.5 million from its general fund or by increasing the city’s monthly recycling fee from $2.60 to $3.26.

Stan Joseph, director of solid waste services, said he thinks using the general fund will be an easier fix for the short-term contract. Over the six-month period, he expects the city will negotiate a three-year contract. Raleigh is one of many cities Sonoco is having to adjust across the U.S. due to recycling market challenges.

While some towns and cities on the West Coast have quit recycling, local governments in the Triangle say they will continue their programs.

“We’re in a very different situation than a lot of parts of the country,” said Wayne Fenton, assistant director of Durham solid waste services.

Unlike the West Coast, which relied on the ease of using shipping containers coming from China to send back recycled materials, the Southeast has much more infrastructure to handle market changes.

“In California, it’s (been) less expensive to send materials to China than up the road in San Diego,” Fenton said. “One of the big things I remind people is that we live in the Southeast and there are a lot of processors in the area.”

Processors, or Materials Recovery Facilities (MRFs), receive, separate and process recyclables to sell. There are 17 MRFs in the state, two in Raleigh.

Raleigh, Orange County and Durham all pay Sonoco Recycling to take their materials.

Cary recently left Sonoco for Waste Management’s Recycle America, which also contracts with Wake County. There are also facilities like Strategic Materials in Wilson which recycles glass and multiple facilities in the Triangle that recycle electronics.

Robert Williams from Orange County said facilities like these are continuing to be built because “there’s still value in those quality items like type one and two plastics and aluminum.”

Recycling has reduced waste going to landfills, but changes that have made it easier for people to recycle have also made it harder to find buyers.

In the past, employees would get out of a truck and sort through a home’s recycling before throwing it in the truck. When automated arms were added to the sides of recycling trucks later, speeding pick-up, everything got tossed in at once.

“It used to be that if you put something in the recycling bin and it didn’t get picked up, you learned not to put it in there,” Fenton said. “People don’t learn now that things aren’t sorted.”

With more non-recyclable items showing up at the plants, the materials are more contaminated after processing, and places like China won’t buy them.

Wake County has the lowest contamination in the Triangle, but only because it does things differently. Instead of curbside pickup like Raleigh and Cary have, Wake has 11 convenience centers, three multi-material recycling facilities and three household hazardous waste facilities across the county where residents can drop-off their materials. The sites are monitored to make sure people are using them correctly.

Wake County recycles 6,000 tons of materials a year with a 3% contamination rate, or about 200 tons that is sent to the landfill.

The contamination rate at the Sonoco processing plant in Raleigh, which takes materials from across the Triangle, is roughly 15%

After past years of revenue, Hecht said Cary is now paying around $90 a ton to get the town’s recycling taken away. That comes out to $900,000 a year, nearly twice what it was earning just a few of years ago, Hect said.

“This year has seen a big challenge for us,” he said.

Cary has increased its sanitation fee from $16 to $19.50, partly to maintain recycling, which Hecht says has been enough to help offset rising prices so far.

Orange County pays the least in the area, between $45 and $55 a ton. Its contamination rate is closer to 10 percent and lower than the average. Williams said Orange County isn’t worried about having to cut any programs, “We’ll figure out a game plan before we stop it,” he said.

Orange County recently raised its annual waste fee from $132 to $142, in part due to rising processing fees.

While Joseph said residents should not worry about an immediate change in their monthly recycling fee, he did say raising fees to help pay higher costs in the future was “not off the table.”

“At the end of the day, there’s got to be a business model,” Joseph said. “I see it as an opportunity to change and evolve with it.”

“Help it get better”

But many still make mistakes that add to the costs.

Inside Orange County’s solid waste services office, Williams has a board listing all of the unusual items the county has seen in recycling bins.

Around the Triangle, everyone that works in managing recycling agreed on one thing that must be kept out of recycling bins: plastic bags.

Because there is no more curbside sorting, plastic bags holding materials often make their way onto a conveyor belt where they have to be immediately thrown into the trash. Workers don’t open the bags, as a safety measure for fear of needles and other sharp objects.

When this happens, Hecht said, what begins as a well-meaning resident’s recycling, just becomes another load of trash because of the bags.

“The old way was, ‘I’m not sure but I’ll throw it in’ but our new slogan is ‘When in doubt, throw it out,” Hecht said. “People just need to be more intentional about it.” 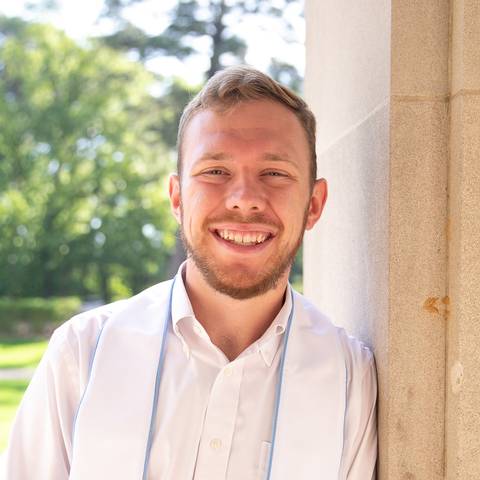 Trent Brown covers the Town of Cary and other odds and ends. He graduated from the University of North Carolina at Chapel Hill in 2019 and is a Collegiate Network fellow.

New hope for troubled Chile that it can save $4.6bn salmon export market

Russia out of European indoors because of doping plan delay.