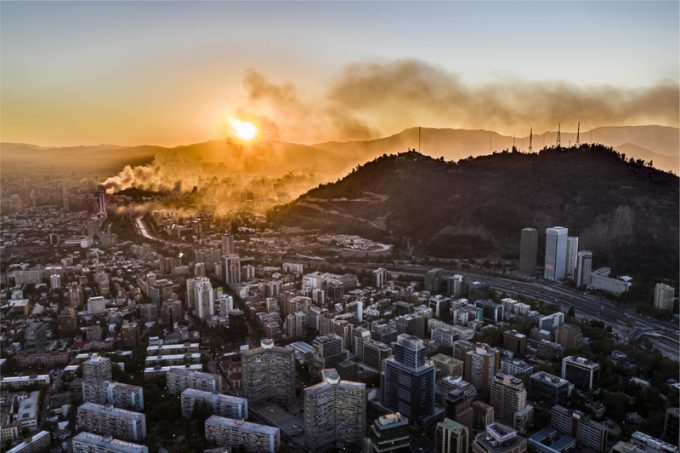 Chile hopes to see its salmon exports begin again this week, following the protests and civil unrest that has hampered its export markets.

While its fruit has, for the most part, has managed to leave the country, that has only been down to “people working very hard”.

In the salmon industry, exports have been stopped by road blockages, as well as union protests. Logistics from the island of Chiloe, a salmon centre, were hampered, while some salmon farms have limited production and harvest and many have been reduced to one worker shift per day, meaning that fish have been left in the water too long.

One source told The Loadstar: “The union threatened to burn down the packaging plants, but last week reached an agreement. However, hundreds of tons of fish have died.”

Chile’s exports plunged 21% year on year between October 1 and October 23, although data by the Association of Fruit Exporters of Chile showed fruit exports at a similar level to last year.

Eric Hartmann, vice president of forwarder Agunsa, added that the fruit season had started – but it hadn’t been easy.

“People are working very hard to make the air freight business continue. The peso has devalued by more than 10%, so air freight is under pressure, although it has helped with exports.

“But some exports have not made it to Santiago – maybe half.

“There is resilience in the market, which is still looking to do business even under this pressure. Some freighters have left for China full, others maybe 50% full if the fruit didn’t make it to the airport.”

“Chile has changed in a month,” said Mr Hartmann. “We were in an excellent position, with no unemployment, low inflation. Now we are in a recession and  losing 300,000 jobs – no one is buying anything, no one is doing anything.

“It has turned into something apolitical, protesters have burned down the headquarters of both right and left political parties. It is frightening.”

Protesters have burned down warehouses, a university, metro stations and supermarkets, with some 60 owned by Wal-mart burned or vandalised.

However, the government has continued to offer concessions, and its pledge on Friday to review the constitution saw the peso rise against the dollar after its historic low.

Salmon is Chile’s second-largest export product, after copper, worth more than $4.6bn, according to industry association SalmonChile.