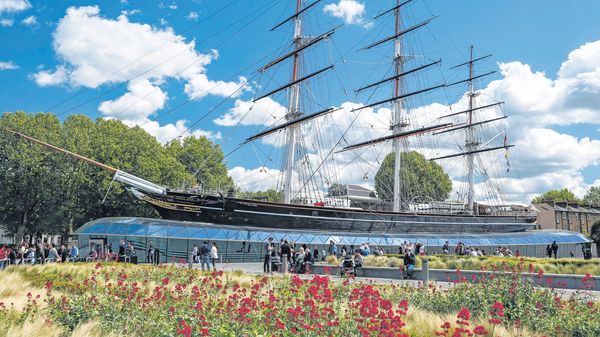 In Greenwich, London, stands the Cutty Sark, a ship-turned-museum. She’s one of the last tea clippers from the 1860s, and her name comes from Robert Burns’ poem Tam o’Shanter. In her time, she sailed many a voyage between China and England and the only sorrow is that she didn’t win a tea race. She could have, but the world was already changing by the time she was set down in the waters.

It was the Dutch who first took tea to Europe, as early as 1610, followed a few decades later by the British East India Company (EIC). By the 19th century, the latter had a monopoly over the tea trade. Also, tea had become England’s de facto national drink. Demand was high but supply took time—it took close to a year to cover the distance of over 20,000km from China to England.

As the EIC’s powers began to whittle, the trade monopoly too ended in 1834. This opened up the market, and with this came the age of the tea clippers, ships that promised speed (which became an important factor as others entered the market). Tea races—credited to London’s tea brokers—became the craze. For 30 years, beginning 1856, tea clippers would race from Chinese ports with their precious cargo. The first ship whose tea cargo landed on English docks would win a prize—going up to £500. What’s more, the winning ships could command a premium price, some by £1 per ton of tea (with the price of tea at £7). The race everyone remembers is the Great Race of 1866, when the Taeping and the Ariel sailed neck and neck, with the Taeping winning by 20 minutes. It had taken them 99 days.

In 1869, the Suez Canal opened, offering a sea route across the Mediterranean, connecting Asia to Europe without having to go around Africa. The Cutty Sark was launched around this time and though a beauty of a ship, she was no match for the steamships that now whizzed through the canal in 60 days.

By the 20th century, the Chinese monopoly as producer ended, with tea being grown in many of the old British colonies. This was also the century of air travel, reducing travel time to weeks. But it was expensive and didn’t have the same impact on the tea trade as the clippers or the steamships did. Only the most prized Darjeelings justified the use of expensive air freight.

One of the silk routes out of China, which connected Yunnan and Sichuan with Tibet in the 10th century, is called the Ancient Tea Horse Road. This was the road that Chinese merchants once travelled on for months, with bricks of tea as currency to trade for war horses.

There are many strange tales told about tea—about great journeys and greater adventures.

To get a whiff of the past, hike on the Ancient Tea Horse Road, stand on the deck of the Cutty Sark, or enjoy a cup of first flush from Chongtong.

Tea Nanny is a weekly series steeped in the world of tea. Aravinda Anantharaman is a Bengaluru-based tea blogger and writer who reports on the tea industry.

Is Your Security Strategy Dumbing Down Your Smart Factory?

What are ocean container rates?