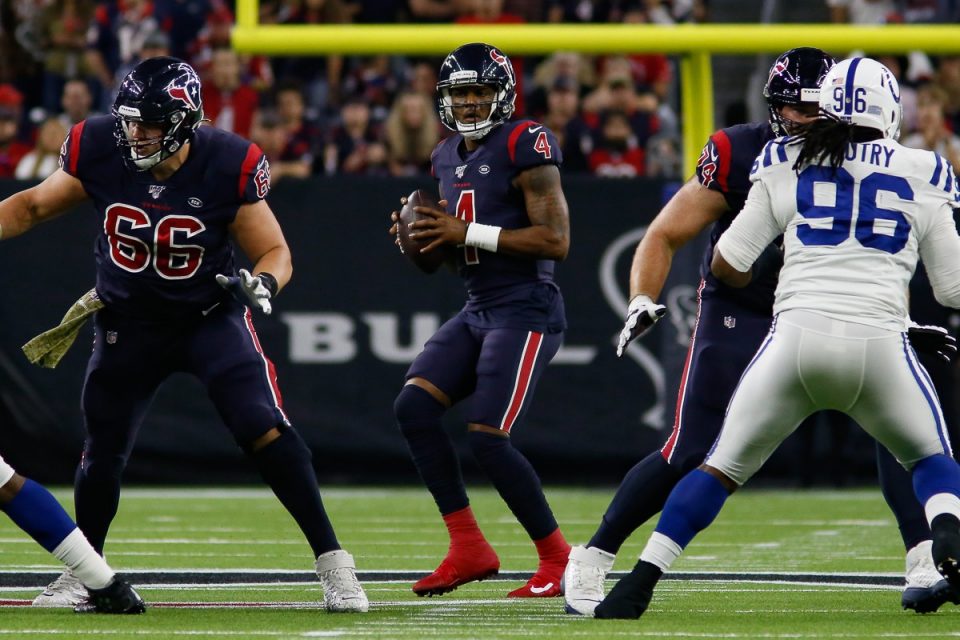 The Houston Texans have their fair share of problems. Always have, and this week, despite the fact that some of the moves they made led to the response “OK, so when is O’Brien going to do something about O’BRIEN,” they DID do things to try to address the issues that led to their inconsistencies in the regular season and their unceremonious ouster from the postseason.

In terms of responsiveness, that’s been the story of the Texans under O’Brien since he got here in 2014.  After they get bounced from the playoffs, typical in ugly fashion (average margin of loss of 20.5 points), the Texans on O’Brien’s watch ATTEMPT to respond swiftly and emphatically to whatever ails this team. They don’t just let the grass grow under their feet, and “run it back.” Now, maybe some of you — many of you? ALL of you? — think that the targeted areas of improvement are wrong, and that may very well be.

However, the team’s behavior earlier this week (and let’s be real, by “team” I mean Bill O’Brien and his sidekick Jack Easterby), promoting Anthony Weaver to replace Romeo Crennel as defensive coordinator, indicates another urgent offseason of trying to address needs and inch the team closer to being a respected contender. Let’s look at the Texans history under O’Brien, and you’ll see that after each of the previous playoff losses, they HAVE come back with moves.

2015 Season
HOW IT ENDED: 9-7 record, 30-0 loss at home to Kansas City in the AFC wild card round
THE MAJOR ISSUE: A parade of several inadequate quarterbacks, with Brian Hoyer leading the parade
THE FIX: Signed Brock Osweiler to a four year, $72 million in march 2017
THE GRADE: D+
The only thing keeping this from being an F is the fact that the Texans actually won the AFC South and won a playoff game the next season, but Osweiler was a disaster, in every sense of the word. Osweiler signed a four year deal, and it would have taken him through the 2019 season. Instead, he wound up playing for three more teams and retired before the 2019 season.

2016 Season
HOW IT ENDED: 9-7 record, 34-18 loss at New England in the divisional round
THE MAJOR ISSUE: BROCK OSWEILER
THE FIX: Trade up in the first round to draft QB Deshaun Watson out of Clemson
THE GRADE: A
Deshaun Watson is THE difference right now between this team being a playoff team, and this team being 4-12. He is one of the five best quarterbacks in football.

2018 Season
HOW IT ENDED: 11-5 record, 21-7 loss at home to the Colts in the wild card round of the playoffs
THE MAJOR ISSUE: Watson spent the season getting hit over 100 times, sacked 62 times, and had to take a bus to a Week 7 road game in Jacksonville, so the offensive line basically sucked
THE FIX: Drafted T Tytus Howard in the 1st round, G Max Scharping in the 2nd round, and traded two future 1st round picks for Pro Bowl T Laremy Tunsil
THE GRADE: B+
Look, all three players have a chance to be very, very good future building blocks for this team, but it’s really tough to grade things now considering the lost value in the draft picks won’t be felt for a few years. Also, the offensive line was better (inconsistent, but better), but it’s still not an elite offense.

2019 Season
HOW IT ENDED: 10-6 record, 51-31 loss at Kansas City in the divisional round
THE MAJOR ISSUE: The defense stinks, like pungent Parmesan cheese mixed with sweat socks smell
THE FIX: Thus far, the fix has been to fire or perhaps heavily encourage retirement to certain members of the defensive staff — former OLB coach John Pagano, former DC Romeo Crennel — and promote Anthony Weaver to defensive coordinator. Somehow the Texans will need to find a pass rush and a few guys who can cover with salary cap space that is going to get devoured by Deshaun Watson and Laremy Tunsil. Oh, also, they have no first round pick.
THE GRADE: TBD (Better be at least an A-, or 2020 will be a long season)

Sean Pendergast is a contributing freelance writer who covers Houston area sports daily in the News section, with periodic columns and features, as well. He also hosts afternoon drive on SportsRadio 610, as well as the post game show for the Houston Texans.

Travels with tea, on the high seas

National Guard prepares for unrest and walks a political tightrope