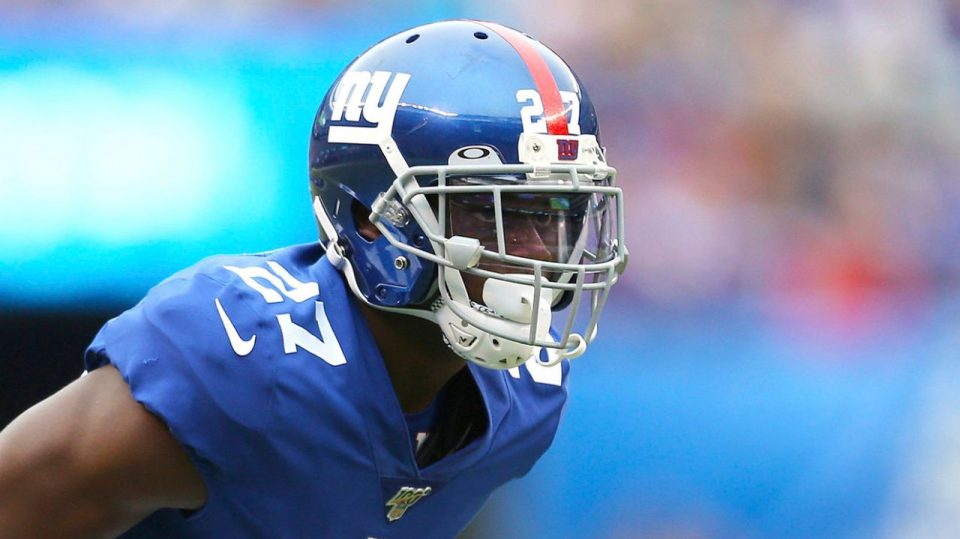 Dave Gettleman is about as conservative a general manager as there is in the NFL. He’s a man who doesn’t take kindly to the risk of making draft-day trades. He’d rather stand pat, trust his board and pick the best available player.

That’s why what he did the night of April 25, 2019, seemed so out of character for the old-school GM.

He already had made two first-round picks — Duke quarterback Daniel Jones at No. 6 and Clemson defensive tackle Dexter Lawrence at No. 17 with a pick he acquired in the Odell Beckham Jr. deal. But near the end of the first round, Gettleman rolled the dice because he had a conviction about Georgia’s DeAndre Baker, whom he considered the best cornerback in the draft.

“No guts, no glory,” Gettleman likes to say when explaining the potential for making this kind of trade. He rarely has engaged in that kind of wheeling and dealing, though, and trading away three picks — a second, a fourth and a fifth — seemed like a steep price to pay for a 5-11, 193-pound cornerback. Nevertheless, he moved up to No. 30 overall and took Baker.

It may turn out to be one of his biggest miscalculations.

On Thursday night, Miramar (Florida) police issued an arrest warrant for Baker on four counts of armed robbery with a firearm and four counts of aggravated assault with a firearm in connection with an incident that also involved Seahawks cornerback Quinton Dunbar. Baker and Dunbar allegedly stole $12,400 in cash and four watches valued at $61,100, according to the police report, after allegedly losing $70,000 in a card game earlier in the week.

No one was hurt in the incident, but the damage to Baker’s NFL career may be irreparable.

There almost certainly will be a lengthy legal process before Baker’s situation is sorted out, and it is important to remember the presumption of innocence. But is also is appropriate to believe that the fallout from the incident will be profound — for both Baker and Gettleman.

Baker now falls under the NFL’s personal conduct policy, which gives commissioner Roger Goodell the power to sanction him for conduct detrimental to the league. Even if Baker somehow extricates himself from punishment handed down in the courts or through a plea agreement, Goodell can banish him for running afoul of the league’s behavior code.

It’s too soon to know what Baker’s fate might be, but I find it hard to believe he’ll play another down for the Giants.

Gettleman and Giants co-owners John Mara and Steve Tisch have not commented on Baker’s situation, with the team issuing a perfunctory statement that it is aware of the situation. But rest assured there is plenty of discussion and debate going on behind the scenes, even amid the extraordinary circumstances surrounding the COVID-19 pandemic.

If the result for Baker is the same as it was for another prominent Giant involved in a gun-related arrest, this could be the last we’ve seen of the 22-year-old cornerback in a Giants uniform. Plaxico Burress suffered leg injuries in a self-shooting at a New York nightclub on Nov. 28, 2008. He eventually recovered, but the man who caught the winning touchdown pass in Super Bowl XLII less than 10 months earlier never played another down for the Giants.

Baker’s on-field performance left much to be desired during his rookie season in 2019. He was regularly beaten in pass coverage, didn’t produce a single interception, was slow to recognize plays as they developed, and generally lacked the kind of progress you’d want to see from any first-year player, let alone a first-round pick. Baker also seemed uninterested at times. There were questions about his motivation — from inside the locker room and the front office. Newly hired coach Joe Judge surely saw on film that Baker had issues.

If the Giants are without a cornerback they counted on building around, especially after disgruntled veteran Janoris Jenkins was banished last season, there is a huge hole to be filled. Especially on a defense that is at the center of the Giants’ concerns.

You can’t afford to miss on these kinds of decisions, and if Baker’s Giants career is over, Gettleman may have set his team back badly. The fact that he gave away three picks to move up to get Baker makes it even worse.

So much for all that optimism coming out of the Giants in the wake of Judge’s hiring and what appeared to be a solid performance by Gettleman in last month’s draft. Controversy has returned, and he is left to clean up the mess from what could be one of his most colossal mistakes yet.

It makes you wonder if it will be his eventual undoing.

Bob Glauber has covered the NFL since 1985 and has been Newsday’s NFL columnist since 1992. Twice selected as the New York State Sportswriter of the Year by the National Sports Media Association, he is president of the Pro Football Writers of America and author of “Guts and Genius.”

For faster distribution of free pulses, Govt to give ‘chana’ to migrants | India News

Only connect – How will humans, by nature social animals, fare when isolated? | International