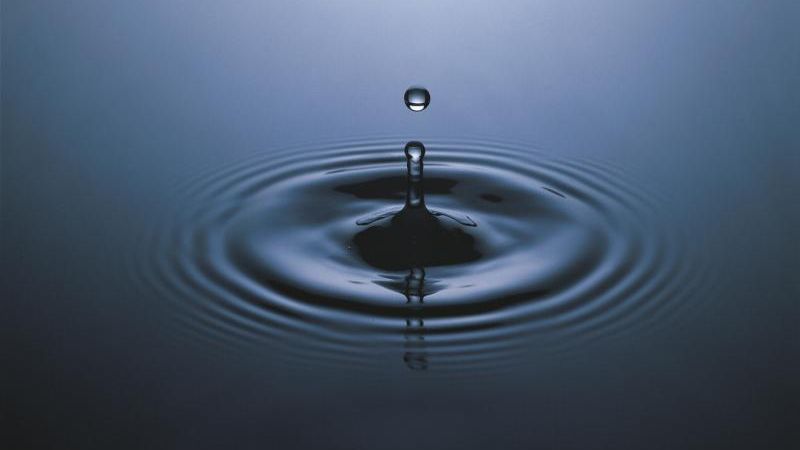 “The third World War is at our gate, and it will be all about water,” famously said Rajendra Singh, Indian water conservationist and environmentalist, in an interview. The ongoing US-China trade war, which commenced in 2018, has a lot to do with water although the two countries do not share a water resource. Before the trade war began, China imported 4.7 million tons of soybean, a water-intensive crop, from the US in 2017, and this number fell to zero in 2018 when trade tariffs were imposed. Farmers in the US suffered a monetary loss of USD 1.8 billion. China too ‘lost’ 50,800 million litres of ‘virtual water’ by stopping the import of soybean.

Virtual water is defined as the water required for the production of goods. Virtual water trade refers to the import and export of hidden water in the form of products such as crop products, textiles, machinery and livestock — all of which require water for their production. Historically, China has been a net importer of virtual water. India, on the other hand, owing to its excessive agricultural exports, losses water and puts water sustainability in the long run at risk. With the future staring into a water-deficient country for India, where does India stand today with the virtual water trade?

In a recent study, researchers from Anna University, Chennai, quantified the volume of virtual water trade in India. The study, published in the journal Groundwater for Sustainable Development, focussed on the trade exchange of popular crop and livestock products during the years 2006–2016. The Department of Science and Technology funded the study. The findings can help policymakers and water managers in the country to develop an efficient conservation strategy for the available water resources by strictly monitoring the virtual water trade of the products being exchanged.

The researchers used data on the imports and exports of 16 food and livestock produce from agencies like Food and Agricultural Organisation (FAO), Directorate General of Commerce Intelligence and Statistics (DGCIS), Agricultural and Processed Food Products Export Development Authority (APEDA), Tea Board of India, Coffee Board of India, Rubber Board and Department of Food and Public Distribution (DFPD).

The study evaluated differences in the total exports and imports between 2006–2016 and found that India exported 26,000 million litres of virtual water on an average every year. Rice was the highest exported food product, followed by buffalo meat and maize.

In India, farmers rely heavily on groundwater for rice cultivation, and a kilogram of paddy requires about 15,000 litres of water to grow. Since the country is also one of the top producers and exporter of beef, the virtual water necessary for producing per kilogram of buffalo meat was 5–20 times higher than that for agricultural production. The imported products with the highest virtual water content were cashew, followed by pulses and wheat. These crops demand less water for their production than rice.

The total volume of virtual water exported and imported, based on different products, between 2006–2016. [Data Source]

Implications in the time of climate change

Virtual water trade is a globally relevant concept, considering countries around the world are grappling with the consequences of climate change. Groundwater depletion, erratic rainfall, natural calamities, drought and floods are resulting in constrained economic ties among nations. India is a water-stressed country, where major river basins like the Narmada, Indus and Ganga face scarcity of water for most of the year. Overexploitation of water for the increased production of crops like rice and wheat to cater to exports contribute to an increase in the trade of virtual water.

The study provides some insights to devise strategies to manage groundwater sustainably as 80% of our agricultural activities are dependent on groundwater. In 2014–15, India exported 37.1 lakh tonnes of basmati rice for which 10 trillion litres of water was used — from land preparation to post-harvest processing. Almost one-fifth of this water came from surface water and groundwater, adding to the burden on domestic availability.

Although food production needs to match the growing population, looking at water-efficient varieties of crops is the way forward, say the researchers. Exporting food and livestock products that are produced using water-efficient methods could bring down the net virtual water export for the country, they argue.

The study also provides some pointers on how farmers could save water while growing their crops. Effective irrigation techniques, irrigation scheduling, suitable crop selection based on climatic conditions, soil type and water availability, and using alternative sources of water for irrigation could help reduce groundwater consumption. In the year 2019 alone, agriculture exports generated a revenue of 1.29 lakh crore for India — a sizeable share. However, these exports need to be monitored for sustainability, with the effects of climate change factored in.

One Year On, Afghans at Risk Await Evacuation, Relocation