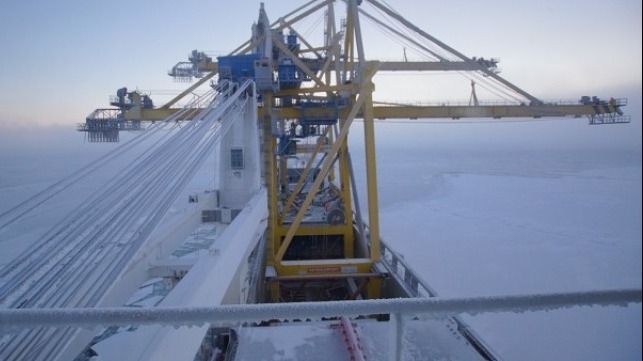 The high northern latitudes are warming at a faster pace than the world average, and this is translating into a rapid loss of sea ice. In 2019, Arctic sea ice declined to its second-lowest summer extent on record, covering just 1.6 million square miles; this remaining ice is increasingly younger and thinner relative to years past, and more vulnerable to melt-off. This represents an opportunity for shipping: the possibility of a new, faster route between Europe and Asia by transiting north of Russia – and, one day, true transpolar shipping in an ice-free summer.

However, environmentalists caution that the inevitable bunker spills from vessel casualties on any major shipping lane would have an outsize impact in these cold waters. There is no proven method to clean large spills in sea ice, and bunker fuel would degrade only slowly in the frigid environment. The Arctic’s long periods of darkness and extreme weather conditions also elevate the risk of a casualty relative to routes in lower latitudes, and its remoteness complicates salvage and pollution prevention efforts. In the event of an accident, stranding or spill, the impact on sensitive ecosystems could be serious and even permanent, the NGO warns.

Share your heart at the Pajama Factory’s storytelling event | Life

Subscribers’ Interest in Free Shipping Is Up