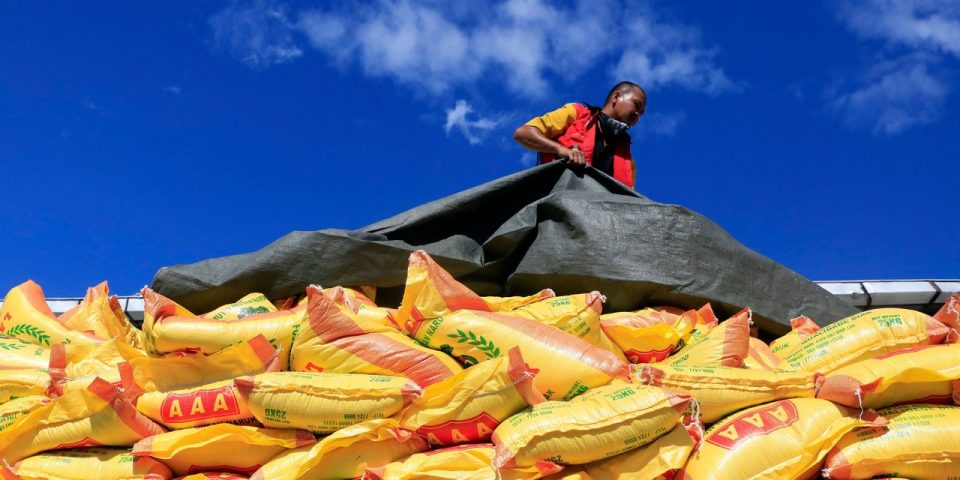 Food supply chains have bent under the coronavirus pandemic but they haven’t broken. Food supplies have defied dire warnings of global shortages by holding up through months of turmoil, the WSJ’s Lucy Craymer reports, as suppliers, distributors and markets have adapted to disruptions from production to transportation. The value of food imported in the first half of 2020 was roughly in line with the first of half of 2019, one sign that food supply chains “have been remarkably resilient,” says Michael Rogers, chief executive of Australian Fresh Produce Alliance. There have been problems along the way, especially in fruit and vegetable supply chains, but experts say some nations abandoned protectionist policies adopted earlier in the pandemic and developing countries have filled supply gaps. Food organizations warn that levels of acute hunger are growing as economies and incomes falter, however, and that delays at ports are persisting.

is adding another tool to its logistics kit for the holidays. The retailer is placing “pop-up” fulfillment centers into many of its regional distribution facilities, the WSJ Logistics Report’s Jennifer Smith writes, as it braces for an expected surge in online sales in the coming weeks. Parcel carriers are already warning of delivery delays and retailers are urging consumers to get orders in early this year, a result of coronavirus-driven demand that promises to strain peak-season supply chains. Walmart is partitioning off parts of its sprawling distribution centers that normally handle palletized goods and using software to synchronize the sites with stores and its broader logistics systems. The strategy is the latest by retailers trying to adapt existing supply chains to the explosion in online sales. Walmart,

and others are using stores to handle some fulfillment, but Walmart’s pop-up plan suggests that tactic has limits.

“
It’s faster and more cost-effective to build code than it is to build and permit a building.
”

A prospective coronavirus vaccine won’t solve the oil sector’s woes anytime soon. The International Energy Agency gave a darker outlook for crude consumption in its latest monthly report, the WSJ’s David Hodari reports, citing resurgent Covid-19 infection rates in the U.S. and Europe that it says will slash demand at least into the first quarter of 2021. That’s grim news for a crude tanker market that has been foundering since a boost from so-called floating storage in the spring dissipated. Transport heavyweight

just reported that its net profit hit $3.1 million in the third quarter, an improvement from a loss a year ago but down more than 96% from the second quarter. The IEA report holds out some hope for the sector, noting expectations for crude demand in the economic powerhouses of the developing world such as China and India is improving.

Square footage of new space CBRE Inc. projects will be absorbed in U.S. industrial and logistics markets in 2021, up from an estimate 186.8 million square feet of net absorption in 2020.

The U.K. economy expanded 15.5% in the third quarter, a weaker pace than its peers in Europe. (WSJ)

U.S. initial jobless claims slipped in the past week to the lowest level since March. (WSJ)

U.S. consumer prices were flat in October despite higher costs for dining out and groceries. (WSJ)

trimmed its outlook for a loss this year on improving prices and tight automotive inventory. (WSJ)

says it has enough support from creditors to avert a bankruptcy filing. (WSJ)

is considering adding a factory in the U.S. to speed up parts deliveries. (Taipei Times)

swung to a $92 million third-quarter profit and the container line said it will “set financial stability as its priority.” (Journal of Commerce)

At least 20 bulk carriers have been stranded, some for months, unable to unload millions of tons of Australian coal. (Bloomberg)

Emirates Airlines fell to its first loss in more than 30 years in the first half of the year. (Reuters)

plans to issue $630 million in convertible bonds to shore up its cash position. (Straits Times)

Write to Paul Page at paul.page@wsj.com