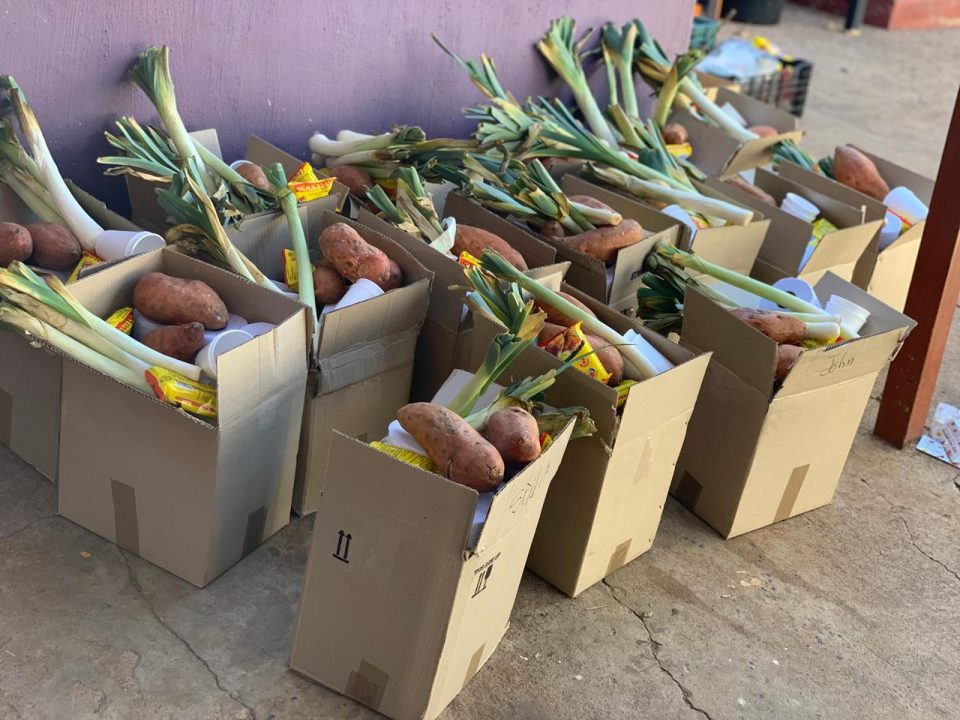 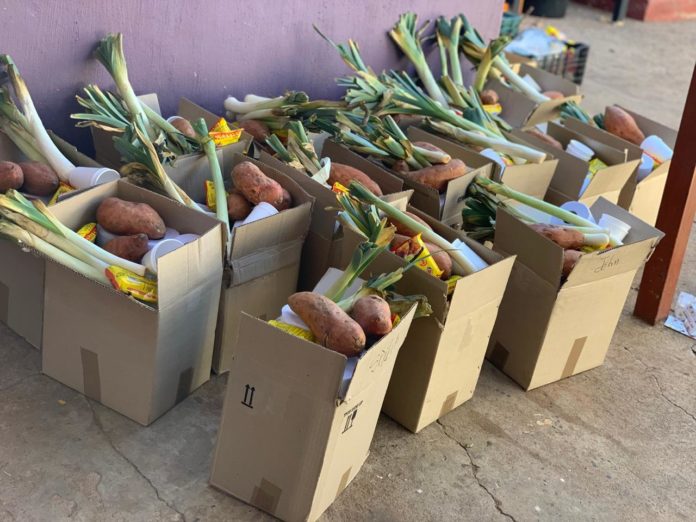 As the world continues to deal with the widespread effects of the COVID-19 pandemic. There is a recognised need to preserve access to healthy and nutritious food for all. Two projects in South Africa and Kenya have been working during the pandemic to provide this access to the most vulnerable.

Within the Makers Valley social enterprise situated in the east of Johannesburg, the people working there realised there was a need in the community. Many people from the surrounding areas were left without any income as South Africa went into level five lockdown. This meant many families would be going hungry. Several stakeholders and volunteers within the partnership came together to figure out how they could assist the community. Johanna Monama, Sandra van Oostenbrugge and Constance Motsoeneng are just three of the women who worked tirelessly during the lockdown to help the community. Monama and Motsoeneng were in charge of a door to door survey and spaza shop model project. Van Oostenbrugge co-ordinated the distribution of food parcels.

Van Oostenbrugge said the project started because they realised many people in the community would not be able to feed themselves during the lockdown. The community is made up of a number of undocumented migrants who rely on day-to-day jobs to earn a living. As they were now constrained to their homes, this was taken away. Within the Makers Valley partnership, they put together the plan to start a soup kitchen and distribute food parcels.

Nandos whose headquarters are opposite Victoria Yards, the base of Makers Valley stepped in to help with putting together the food parcels. To ensure the sustainability of the projects, community kitchens have now been set up to feed the elderly and others who need it most. The partnership has also tried to assist people with setting up their own little vegetable gardens in their yards. Van Oostenbrugge said many people are renting their rooms or houses which makes it difficult to start the garden. However, they want to help people become self-sufficient.

Motsoeneng said she got calls from the community asking where they could get assistance during the lockdown. When they first registered people to receive help, they found that some people were not from the area while others didn’t have cell phones. Motsoeneng, Monama and other volunteers went door-to-door to assess the situation. They asked the people about their living conditions and what assistance they required. From the survey, people were picked from the system according to their level of need.

Read more: The Rise Of Urban Farming In Johannesburg

Another issue that arose was the spaza shops in the area were not allowed to operate due to the regulations. Monama said they wanted to assist the shops as well. Makers Valley partnered with them. People who were chosen for assistance were sent to collect food parcels from the selected spaza shops with a voucher system. In this way, the people were helped along with the spaza shops affected by the pandemic and lockdown.

Even as the economy has opened up, many of the issues remain for the people. “Hunger has been there for long. Poverty has been there for long. We said we need something that will help them go out and do something,” said Monama. The partnership has now developed a project where people are encouraged to collect materials for recycling. They receive points depending on how much they’ve collected for recycling. On Fridays and Saturdays, a swap shop is held. The people can use those points to “buy” food, clothes, books and toys at Makers Valley.

“At least now the hunger thing is better and people are not getting hungry anymore because of the food parcels,” said Monama.

Co-founded by Soud Hyder and Amine Aboura, ChapChapGO is a Kenyan startup redefining fast-moving consumer goods (FMCG) distribution. Since their launch in February 2020, they’ve helped connect consumers directly to wholesalers. “We have a saying in Kenya that things on the ground are different,” said Hyder, speaking to The Daily Vox from Kenya. He said even though he and Aboura had an idea about how they wanted the startup to work, the reality was very different on the ground.

They qualified for Antler, a venture-building programme where they received funding to start the business. They launched just weeks before the first COVID-19 measures were announced in Kenya. One of their first customers were women’s groups, preparing food parcels for Ramadan.

How does it work

The startup works in ways where it tries to limit human interaction, said Hyder. With measures taken against the pandemic in Kenya, this meant ChapChapGO was best suited to enter the market when it did. It operates like an online wholesaler. People place an order and the products get delivered to their house. However, they realised the issue of delivery of food parcels. Hyder said people would buy bulk amounts of goods to distribute to people. With the pandemic and the need for social distancing as well as ensuring dignity for the food parcel recipients, the startup came in handy. When the women’s group ordered the parcels, ChapChapGO had the technology to individualise the parcels for the recipients.

After an order is placed, the recipients would receive a message via the app and the parcel would be delivered to their homes. However, as in South Africa, many people living in informal settlements do not have addresses or access to the internet. Hyder said youth groups and community leaders would help with the distribution. Instead of using the app, text messages would be sent to recipients.

Read more: New Kenyan App ‘Wazi’ Is A Therapist In Your Hand

The startup worked really well during the lockdown. Now Hyder said they are working to change their business model to help with expansion. One of the ways they plan to change the model is by working more closely with the local wholesalers to provide goods to the local spaza shops. “We are trying to get a network of wholesalers onto the platform. Basically we will list their inventory and prices and try to get as many buyers from the middle-class and informal sectors onto the platform,” said Hyder. In that way, ChapChapGO will become more a marketplace and partner with the different wholesalers.

“There is no reinventing the wheel. These guys are already doing fantastic work. They just don’t have the tools. The best way for us is to build on top of what they have and bring them onto one system,” said Hyder.

The Amazon Empire Beefs Up its Logistics Juggernaut