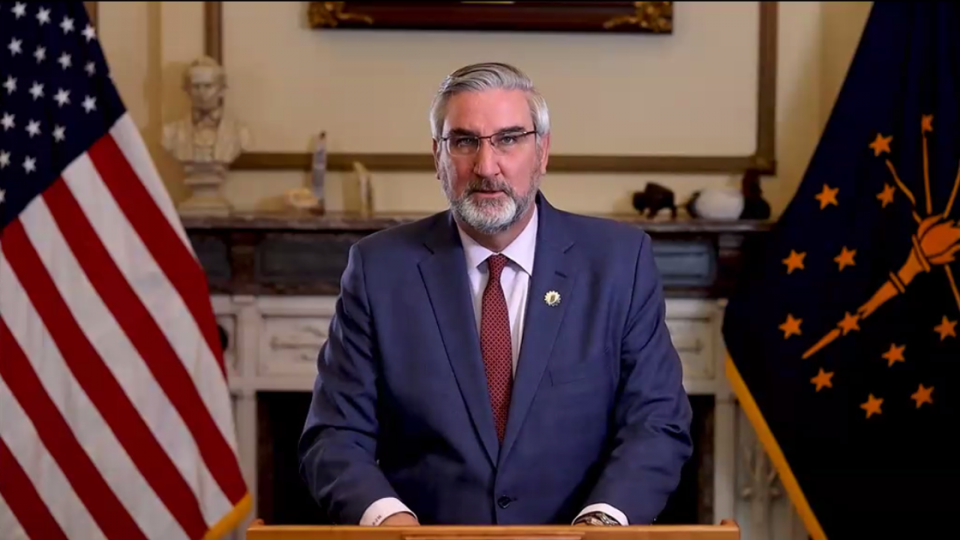 “By the way, no one in D.C. cares what I think anyway about this issue. I have no influence by design of our system.”

In response, the Indiana Democratic Party condemned Holcomb, along with U.S. Sen. Todd Young, R-Ind., for putting their need for support from Trump’s fan base seemingly ahead of their support for the electoral process.

“Eric Holcomb’s silence shows a lack of political courage and is a quiet endorsement of the Indiana Republican Party’s so-called ‘protest vote’ against the U.S. Constitution and American democracy,” the Hoosier Democrats said.

The governor said the build up to the certification vote, with some GOP lawmakers even being accused of sedition, is following a pattern that has become all too familiar during the Trump administration.

“I guarantee you, if I looked over the past four years where people got exercised about the issue of the day, week or month, and what it amounted to a year later, it wouldn’t amount to much,” Holcomb said.

Instead, Holcomb said he remains intent on putting in place policies, including increased job training opportunities and rural broadband access, that will position Indiana for continued success through the COVID-19 pandemic, and for the next 40 years.

These startups and community projects are providing food during COVID-19

Mixdown’s top jobs in the Australian music industry (this week)

Opinion: Trust teachers and skip the STAAR this year