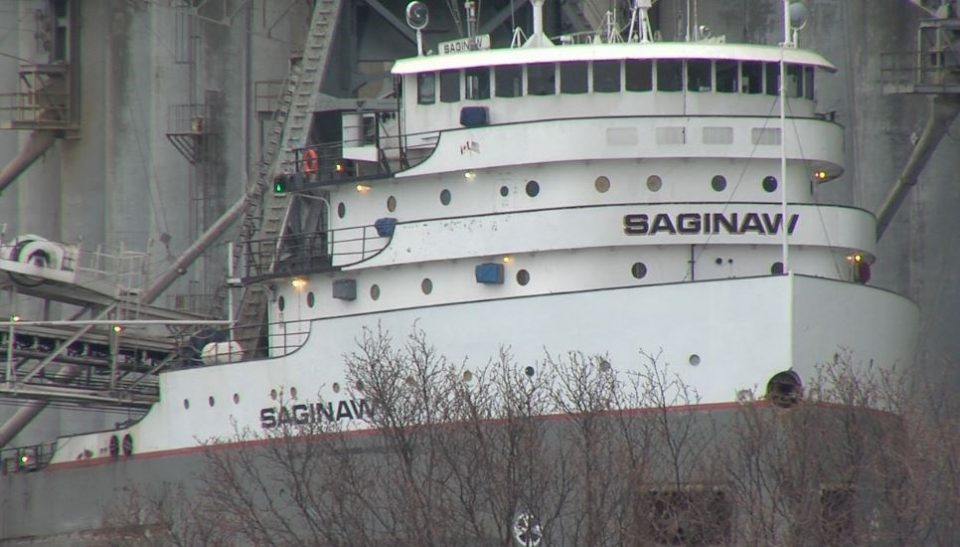 The Saginaw finishes off the busiest season in 13 years.

THUNDER BAY — The honour of closing the 2020 shipping season in Thunder Bay goes to the MV Saginaw.

The self-discharging bulk carrier, owned by Lower Lakes Towing Ltd., docked at the Richard Terminal in the north end of the harbour Tuesday morning to pick up a load of grain.

The boat was expected to leave the port and head for Windsor at approximately 5:00 p.m., closing a season which the port authority has described as very successful.

Thunder Bay handled more cargo this year, 10.2 million metric tonnes, than in any year since 1997. That was also the last year that shipments exceeded the 10 million tonne mark.

As well, the port saw the second highest number of ocean-going vessels (157) since the St. Lawrence Seaway opened in 1959.

In all, 482 vessels visited Thunder Bay, 53 more than the previous shipping season.

CEO Tim Heney said the success is particularly impressive considering that the seaway as a whole experienced a decline in virtually every other cargo over the past year.

Grain shipments were largely responsible for Thunder Bay’s strong numbers, with a tonnage increase of  about 17 per cent.

For the first time ever, the port received a cargo of phosphate fertilizer bound for western Canada.

It’s being stored at Keefer Terminal for shipment by rail to prairie farms, where it will cultivate the grain that will be sent to Thunder Bay after next year’s harvest.

Heney said “This shipment required considerable planning between the freight forwarder, the Port, and Logistec Stevedoring which was responsible for the discharge and handling of the fertilizer.”

He said there will likely be more incoming fertilizer shipments next season.

“We have invested heavily in infrastructure and marketed a two-way route that adds value for businesses shipping to and from the west.”

Heney is also looking for a rebound in the upcoming shipping season in coal shipments – which have dropped considerably from last year – and wind turbines.

The 2021 shipping season is expected to open in late March.

Over the winter, four vessels will remain in Thundre Bay for maintenance and repairs:  MV Algoma Guardian, MV Algoma Strongfield, and MV Frontenac at Keefer Terminal, and MV Blair McKeil at Heddle Shipyard.