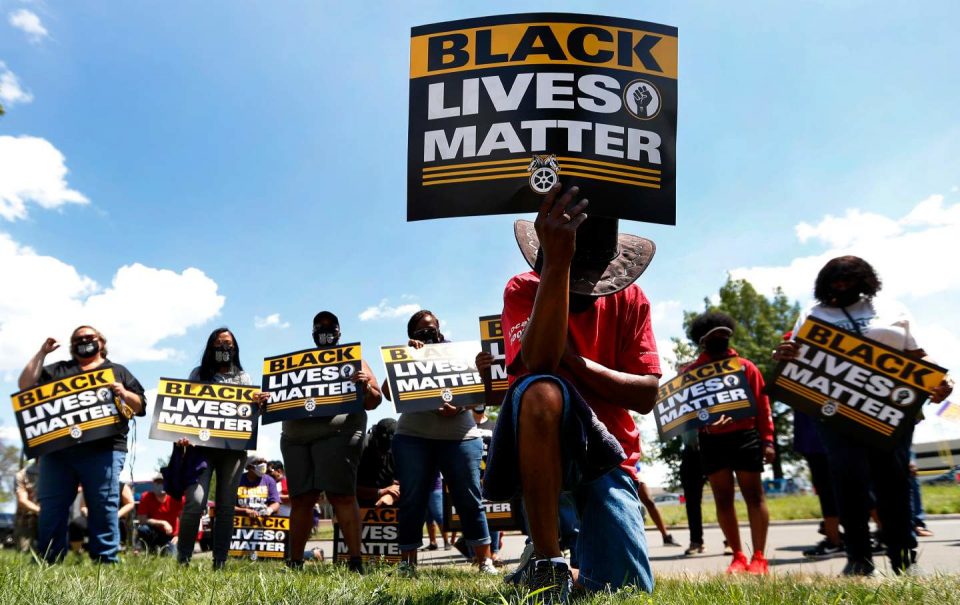 We do not need symbolic measures from organized labor that supposedly demonstrate opposition to police brutality and extrajudicial killings. We need concrete steps challenging oppression that are fully integrated into the trade union movement.

The Other Side of the Debate

If all we do is exile police unions from our ranks, we won’t help rid the United States of white supremacy. Discussing the role of law enforcement within unions must be part of a deeper conversation about labor’s long complicity in racist institutions in the United States. Without that larger context, police won’t change, labor won’t become more united or more progressive, and conservatives can use the left’s attacks on police unions to justify their war against public sector unions. The real goal for organized labor should be to position its whole self against police violence and the state murders of Native Americans, African Americans, Latinos, and Asians. That is a more difficult task—but also a more crucial one.

The challenge for trade unions regarding law enforcement groups is rooted in four factors: a historically ambivalent approach to racist oppression, fear of weakening public sector unions, narrow (though significant) institutional concerns, and silence on the role of law enforcement in American society. Trade unions should prioritize confronting these issues before expelling the police unions.

When white organized labor emerged in the United States in the 1830s, it saw itself as an institution within a white republic. It was racially exclusive and either largely silent on or vocal in support of racial suppression and US annexation. Much of white organized labor took pride in building this exclusionary state and therefore now finds it difficult, if not impossible, to come to terms with its role in racist oppression and imperial expansion. As a result, many trade unions have shied away from discussing the facts of racist and state persecution—let alone acknowledging the need to repair the damage created by these systems.

Also, unions are understandably afraid that the expulsion of police from organized labor could expose themselves to a right-wing assault on public sector collective bargaining. Even though that threat is real, much of the movement hides behind this excuse to defend its inaction.

Ejecting the police, however, would be logistically difficult and could make the internal fight bitter and complicated. The AFL-CIO has a national union of police officers, the International Union of Police Associations, but it’s the exception. In most unions, law enforcement units are part of a larger public sector grouping, like state or municipal workers. And if a union that contains law enforcement units declines to kick them out, does that mean that it, too, would be expelled from the national union, state labor federation, or central labor council? Additionally, short of determining that law enforcement unions have violated the constitution of the parent union, two questions would have to be asked: On what basis would such an expulsion take place, and would it require some sort of vote at a union convention? At the same time, members understand that these units are dependable dues payers, meaning that the dismissal of law enforcement would hurt the financial resources of every member of the union. Although not impossible, such a road would need to be taken carefully, or else it could destabilize and weaken the movement.

Finally, and as I wrote in In These Times recently, organized labor has largely been silent on the question of the role of law enforcement in our society. A sizable minority, by some estimates as high as 40 percent, of union members regularly vote conservatively, so they are not necessarily predisposed to challenging law enforcement. Law enforcement units tend to be highly organized and disciplined voting blocs. In many trade unions, there is a legacy of anti-communism and anti-leftism that discourages radical approaches to social problems, including those concerning law enforcement.

We have to, as the organizing cliché goes, meet members where they’re at. Right now that means promoting a discussion about racial injustice and its implications for the larger trade union movement. A part of this is figuring out how to mobilize the membership against police brutality and to undertake a rethinking of the nature of law enforcement. But racial injustice is not just about the extinguishing of Black lives; it is also about segregated housing, poor health care, exclusion from skilled employment, and an education that prepares particular racial minorities only for prisons and menial work.

Trade unions must define what it means to be part of a labor movement. This should touch on the attitude of organized labor toward social, political, and economic justice. It means that unions that deny access to minority workers should have no more place in the labor movement than unions that condone extrajudicial killings. Still, before ousting the police, we need to determine what labor can unite around, and those who do not choose an inclusive solidarity can, by their own choice, exit the movement.