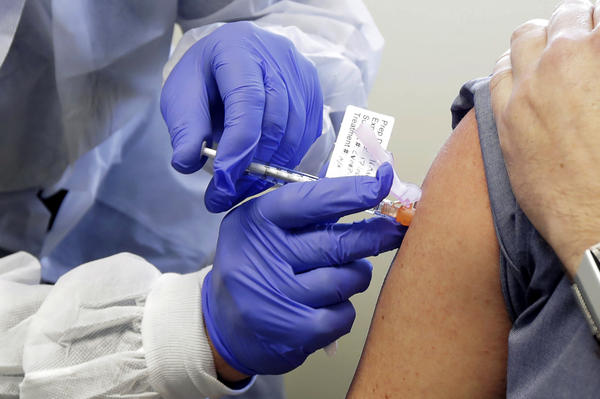 Connecticut on Friday submitted a preliminary, ambitious plan to the Centers for Disease Control and Prevention for how the state would distribute a COVID-19 vaccine, if and when a safe and effective one is ready.

The proposal calls for a three-stage vaccine distribution plan that prioritizes health care workers who come in contact with potentially infected people, other “essential workers” and people at higher risk of a COVID-19 infection, including those who are 65 and older.

It also begins to set up a blueprint for a distribution network, made more difficult because two of the vaccine candidates must be kept at super-cold temperatures, and most of them would require two doses.

The draft proposal was based on the state’s emergency response plan and its influenza vaccination program.

“However, significant additional planning is needed to operationalize a vaccination response to COVID-19 as its scope and complexity is more significant than seasonal influenza or other previous outbreak-related vaccination initiative,” the proposal said.

An outside consultant, All Clear, was also involved in helping the Connecticut Department of Public Health draft the plan. All states were given an Oct. 16 deadline by the CDC to provide draft distribution plans and must provide a list of distribution centers by Nov. 1.

According to the draft plan, after the top-priority workers and susceptible populations get the vaccine, Phase Two and Phase Three would include inoculations of anyone that did not receive the vaccine in Phase One, “critical populations,” which include nursing home residents not inoculated in Phase One, police and firefighters, incarcerated individuals, and the general public.

The vaccine will be provided at no cost and distributed by the CDC to states based on their population. But making it available to those who most need it will be a challenge for Connecticut and every other state.

The DPH’s distribution plans said the agency will give preference to distributors who are  mass vaccination providers and who serve the populations that must be vaccinated during the early phases of the initiative.

The vaccines will be sent by the CDC to approved distributors. In the case of a vaccine that requires cold storage, it will be sent directly from a manufacturer to distribution centers in the state. Those could include hospitals, health care centers, pharmacies and perhaps some doctor’s offices.

To become a “vaccinator,” a doctor, hospital or clinic must agree to the terms of the CDC COVID-19 vaccination program.

In its draft plan, the Department of Public Health told the CDC that Connecticut has a decentralized system of 169 towns, 65 local health agencies and 20 health districts with jurisdictions spanning from two to 20 towns.

“Emergency operations will be carried out principally by local officials and resources, supported by mutual aid, then, if requested, state forces, and, as available and needed, by military and/or federal forces,” the proposal said.

The plan also said the state has empaneled a Governor’s Vaccine Advisory Group that includes individuals with experience in vaccine safety, health care and access issues for critical populations that will help fine tune and fill in “gaps” in the state’s vaccine distribution plan.

“The Governor’s Advisory Group is working to finalize a strategy to ensure equitable access to vaccine and to combat vaccine hesitancy,” the document said. “The preliminary strategy is to place more (distributors) in population-dense areas of the state.”

The preliminary plan also indicated there are several unknowns that stand in the way of successful vaccine distribution, including identifying the location of those with pre-existing conditions that make them vulnerable to a severe case of COVID-19, those who are 65 and older and other vulnerable populations in the state.

The draft plan said that “initial supplies of COVID-19 vaccine may be available in fall 2020.” While the Trump administration’s “Operation Warp Speed” focuses on quick coast-to-coast distribution, a vaccine is not likely to be approved by the Food and Drug Administration, even through a streamlined process of emergency use, for at least a couple of months. 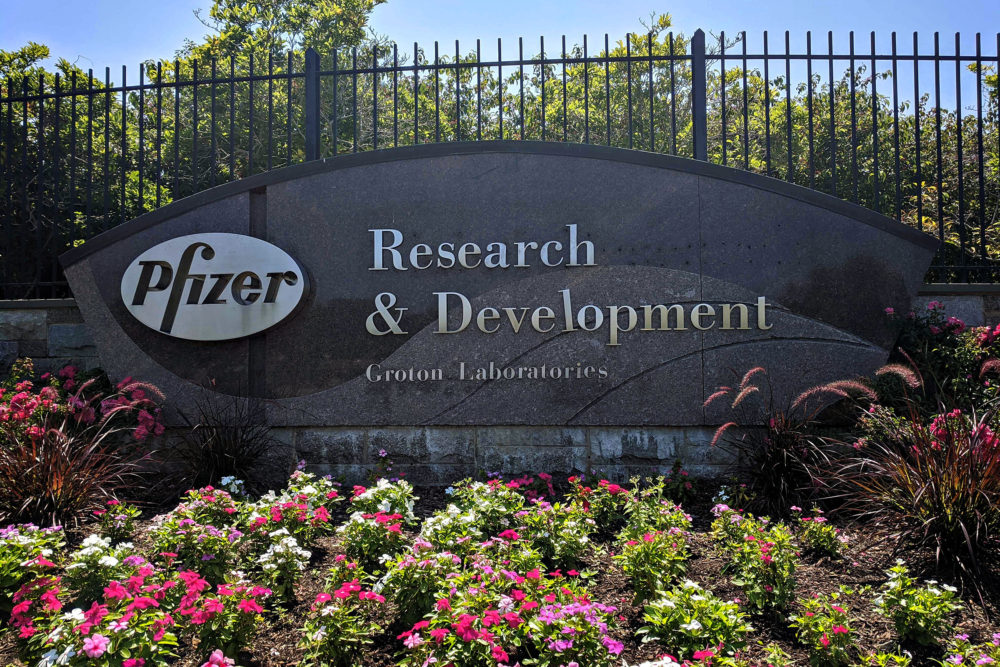 Pfizer campus in Groton on July 22.The pharmaceutical giant is working to develop a vaccine for COVID-19.

Pfizer and its German partner BioNTech on Friday said they hope to present the FDA with a vaccine candidate by the third week of November. But the FDA recently adopted guidelines to ensure vaccine safety through an extended, two-month monitoring of those who participated in a drug company’s final clinical trial.

Anthony Fauci, director of the National Institute of Allergy and Infectious Diseases, predicted this week that a vaccine would not be available until April of next year at the earliest.