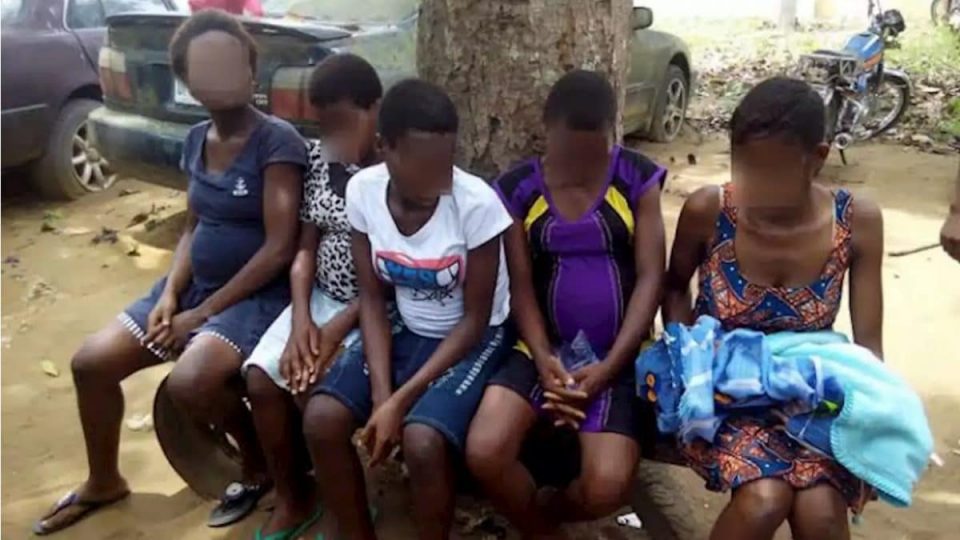 I was on a flight when I overheard two women having a conversation. As usual, I would have ignored and concentrated on the book I was reading but then, how could I concentrate when the topic of the discussion revolves around an area of interest and one that I had spent many years of my life addressing. My passion for fighting against sexual and gender based violence as well as human trafficking keeps me relentless on my toes.

Back to what the two women were discussing;  I gathered from their discussion that one of them had been childless after marriage and having carried out a series of tests and IVF to no avail, she was hell bent on getting a child for her husband by all means. Her travel colleague and probably friend offered to help her out of her predicament. It was at this point that I wanted to concentrate on my book but I jerked up when I heard her suggest patronizing a baby factory. At this point, I thought of interrupting and rebuking her for offering such advice but I had to wait, just to get adequate information and see if I could use my position as the then director general of NAPTIP to arrest the syndicate behind the baby factory business.

The woman continued by asking her friend and chief advisor, pardon my sense of humour, if it was possible to buy a baby. Her friend replied in the affirmative and then the childless woman proceeded to ask where she could find such traders. At this juncture, my phone’s recording feature was on to record all information just so I don’t miss out on the names and addresses of such illicit traders. However, my adrenaline level dropped when the woman replied that she had no idea about the location of any baby factory nor their operators. She said she had heard that there are indeed baby factories and that it was a good option for anyone who could not give birth to children.

The shocking discovery that there are indeed people who think that buying kids from a baby factory was not a morally and legally wrong enterprise left me bewildered. Apologies to women all over the world who are trying to conceive but illegally buying a child is a very terrible thing to do. Understand that I sympathize with and understand their plights and as a mother, I know that nothing can be compared to the joy of motherhood but this joy becomes short lived if we do not go about getting children right away.

Like some other topics I have written about, this one is also quite sensitive and many people shy away from this because of its sensitive nature. I have heard many people say “Oh, just allow this baby factory issue to die a natural death because as a mother, you have your own child and as such, you do not understand the plight of women who have been trying to conceive for years.” This for me is the height of emotional and psychological blackmail and I never fall for it neither should anyone involved in this cause succumb to this cheap blackmail because there is an option for adoption which is legal and acceptable. Adoption makes it easy for you because it takes away the fear that comes with getting involved in illegal baby purchase.

I know that when we talk about a baby factory, we begin to picture in our minds a big building that houses many girls and women who give birth and then their babies are taken away from them and sold to the highest bidder. This is correct but this illegal enterprise can also take place privately. I have lost count of the number of times the print and broadcast media published and aired news of women who gave birth and sold out their babies for some paltry sum of money. It is common to see women give birth and after a few weeks and months, nobody sees her with the baby even though the baby never died and the society does not raise any eyebrows.

The evil of baby enterprise doesn’t end with the sale of the child alone. Many of the girls and women who are threatened, coerced and manipulated against their wish to remain in such confinement are also subjected to all sorts of sexual and domestic abuse. The circle mostly begins with their pay masters capitalizing on poverty, unemployment, ignorance and greed on the path of some parents to lure these girls away from home with the promise of good paying jobs and even scholarship in the city. Many of these girls on discovering that they had been deceived attempt to run away but they end up being severely beaten, injured, threatened with death and even drugged into sleeping with different men. Some of these men are serial rapists who are paid to rape the girls and impregnate them. It does not just stop at making them pregnant alone, some of these men infect their victims with several sexually transmitted diseases and infections.

The innocent babies just like all of us cannot change the circumstances surrounding their birth and so right from infancy, they are exposed to the possibility of acquiring some infections as a result of the health status of their mothers. As if that alone is not enough misfortune to last for a lifetime, some of these kids are sold to ritualists or human part vendors who disguise as motherless parents and their life gets cut short even before it begins. Many more end up as child labourers and domestic staff with its attendant evils and some are trafficked outside the shores of the country for sexual and domestic exploitation when they come of age.

Bursting the bubbles on those involved in baby enterprise is not easy but it is possible if we all resolve to be the voice of reasoning in the society by speaking up if we suspect any of such activities in our neighbourhood.

Sincerely, everything is wrong with the selling and purchase of babies and no matter how you choose to interpret it, this illegal venture is all shades of wrong. I sympathize with women who are trying to conceive but there’s a way of going about adoption and this should be done legally.