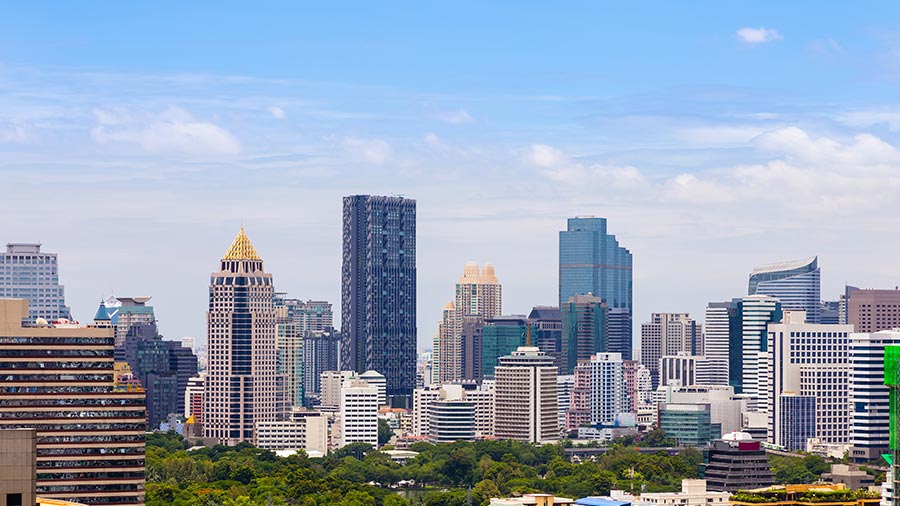 Thailand’s Board of Investment has approved the country’s next Five-Year Investment Promotion Strategy. The strategy aims to identify industries and sectors that are essential to Thailand’s long-term development and competitiveness. The strategy will take effect at the start of 2023 and run through 2027.

On October 17, 2022, Thailand’s Board of Investment (BOI) announced that it approved the new Five-Year Investment Promotion Strategy which identifies industries and sectors that are strategic to Thailand’s long-term development and competitiveness. The strategy will be in effect between 2023 and 2027.

BOI will create supportive policies and services to encourage both domestic and foreign investment in these industries.

The BOI’s investment promotion strategy carries an overarching theme of moving Thailand into “the new economy era”. This concept broadly aligns with Industry 4.0, which refers to the application of automation, artificial intelligence, and smart technology in the economy.

The strategy states that the restructuring of Thailand’s economy to the new economy era will follow three core concepts. These are:

These concepts do not refer to specific issues or industries. Rather, they are principles to guide how Thailand should develop all facets of the new economy. Further, it seeks to strengthen Thailand’s status as a regional hub for business, trade, and logistics.

The strategy lists seven pillars for expressing the BOI’s investment promotion policies and turning the strategy’s vision into reality. These are the concrete areas of industry development and policy reforms identified by the strategy.

The strategy’s seven pillars are as follows:

The seven pillars strike a number of shared themes. Areas highlighted across the pillars include the need to digitize the economy, create green industries and processes, and promote inclusive growth across Thailand’s regions and communities.

Industries that stand to benefit under these pillars include electric vehicle manufacturers, bio-circular green (BCG) industries, and automated manufacturing systems, among others. Further, Thailand will put increased focus on developing innovation and R&D capabilities, as well as a stronger knowledge-based economy.

The BOI will promote these seven pillars through a combination of incentives, service support, and policies that improve the business environment. According to Narit Therdsteerasukdi, the Secretary General of the BOI, “the BOI will broaden its role from that of a ‘Promoter’ providing tax and non-tax benefits, to focus on becoming an ‘Integrator’ of investment support tools, a ‘Facilitator’ providing services, and a ‘Connector’ linking industries to create more business opportunities.”

This statement suggests that over the next five years, the BOI will put greater emphasis on increasing support for both domestic and foreign investors by improving Thailand’s business environment and ease of doing business. At the same time, Thailand will continue to offer tax benefits and other incentives to encourage investment in target industries and regions.

Alongside the release of the investment promotion strategy, the BOI released Thailand’s investment statistics through the first nine months of 2022. The statistics show that investment in Thailand has been relatively resilient this year, but foreign investment has lagged. Further, while there is strong growth in the number of investments, the average size of each investment is smaller.

From January to the end of September, Thailand had 1,247 applications for investment promotion filed with the BOI, an 8.5 percent increase year-on-year.

These investments, which came from both domestic and foreign investors, were worth a combined THB 439.1 billion (US$11.44 billion), a decrease of 14.1 percent from the same period a year earlier.

Foreign direct investment (FDI) into Thailand has been weak through the first nine months of the year. FDI applications decreased by 25 percent year-on-year and were worth a combined total of THB 275.6 billion (US$7.18 billion).

While FDI in Thailand has lagged this year, some areas have continued to perform strongly. Thailand’s Eastern Economic Corridor (EEC) continues to be popular among investors, receiving THB 246.7 billion (US$6.43 billion) in investments, representing 56 percent of total investments into Thailand by value. The EEC is an area that includes three of Thailand’s eastern provinces that the government is promoting as a regional hub for trade, investment, and logistics.

Investment trends in Thailand reflect an international economic environment grappling with inflation, decreased demand, supply chain constraints, and slowing growth in China, one of Thailand’s most important economic partners. Thailand’s new five-year investment promotion strategy is unlikely to reverse these trends in the short term but stands to strengthen the country’s economic resilience if implemented properly.

Foreign investors can expect more information on specific incentives and supportive policies created as part of the strategy in the weeks and months ahead.

ASEAN Briefing is produced by Dezan Shira & Associates. The firm assists foreign investors throughout Asia and maintains offices throughout ASEAN, including in Singapore, Hanoi, Ho Chi Minh City, and Da Nang in Vietnam, Munich, and Esen in Germany, Boston, and Salt Lake City in the United States, Milan, Conegliano, and Udine in Italy, in addition to Jakarta, and Batam in Indonesia. We also have partner firms in Malaysia, Bangladesh, the Philippines, and Thailand as well as our practices in China and India. Please contact us at [email protected] or visit our website at www.dezshira.com.

Black Farmers and Their Families Honored

China, ‘factory of the world,’ is losing its manufacturing dominance

‘There is unrest. No one will come to Karnataka…’