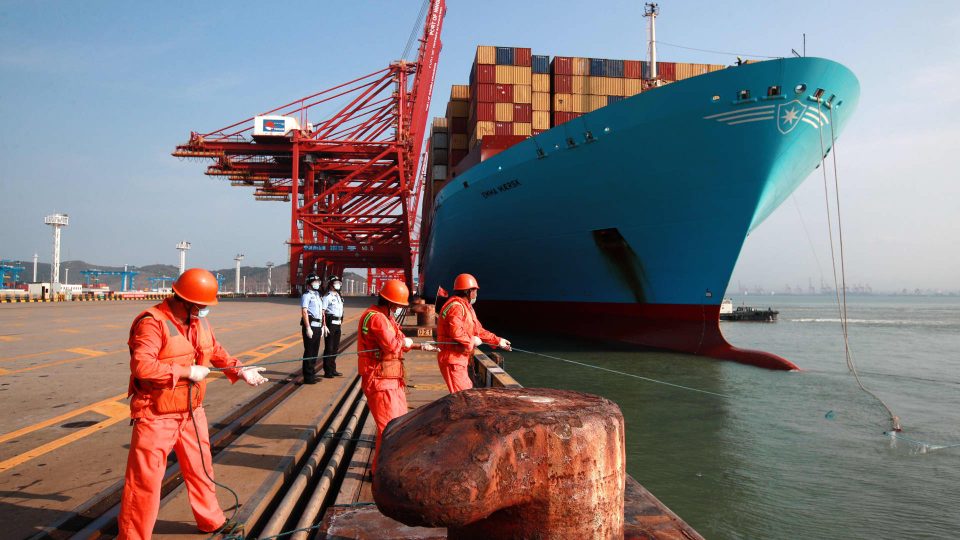 The container ship Emma Mærsk docked at the Dapukou container terminal of Ningbo-Zhoushan Port on August 21, 2022 in Zhoushan, Zhejiang Province.

According to data shared with CNBC by transport economics firm MDS Transmodal, China has lost ground in key consumer categories, including clothing and accessories, footwear, furniture, and travel goods, while also seeing declines in its share of exports from minerals to office technology.

“China’s Zero Covid approach is impacting production and manufacturers are seeking for alternatives to the current ‘factory of the world’,” said Antonella Teodoro, senior consultant at MDS Transmodal.

“Drilling down to the individual commodity groups exported from China, we observe that China has been continuing to lose market share, with Vietnam amongst the countries gaining importance on the international landscape,” Teodoro said.

That view matches other recent market research on the gains being made by Vietnam in particular.

Teodoro said Vietnam’s close proximity to China and cheap labor are reasons why Vietnam is considered a suitable alternative.

Ocean carrier MSC, along with the Vietnam Maritime Corporation, announced in July the creation of a new transshipment container terminal project near Ho Chi Minh City. Once completed, this terminal would become the largest in the nation. Both Maersk and CMA CGM are investing in their own facility expansions in that region.

“Shipping lines are looking for new markets and investing and expanding new markets,” Teodoro said. “They perceive demand and are creating a market with these investments.”

The competition had been intensifying in the years before Covid. Vietnam has taken the lion’s share of the manufacturing trade away from China with an almost 360% increase in far-distance trade since 2014 — the year the country started to invest in its maritime and manufacturing sector.

Malaysia and Bangladesh have taken apparel manufacturing away from China, according to MDS Transmodal, while Taiwan has seen a marginal uptick in metal manufacturing.

Since U.S. trade tariffs in 2018, there has been a hunt for alternative sourcing locations to China, initially limited to fashion and footwear, according to Akhil Nair, Asia Pacific region director of commercial for SEKO Logistics. The compounding impact of Covid lockdowns in China (Shenzhen, Ningbo, etc.) and the disruptions in supply chains led to what Nair called “a quick ramp up in clients hedging their sourcing geographies, especially with countries like Vietnam.”

“While recent China lockdowns don’t impact vessel operations or the terminal itself, it is clear that there remains impact on other highly dependent parts of the supply chain like trucking, CFS warehousing, and container yards in some cases,” Nair said. 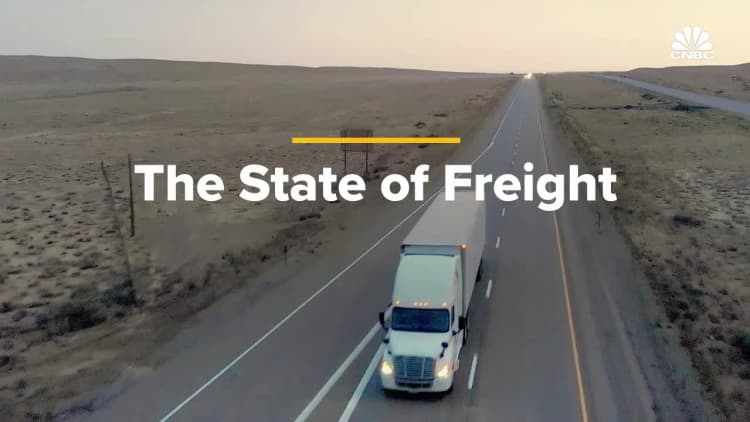 Data from freight tracking firm Project44 shows that the total vessel TEU (container) capacity departing Chinese ports has been dropping since the onset of the pandemic lockdowns at the beginning of 2021.

There has been a continued decline in shippers placing orders for container transport by ocean carriers, according to ocean bookings tracked by FreightWaves SONAR.

Logistics managers tell CNBC orders for cargo arriving from China to the U.S. in November are expected to be down by 40% to 50%.

The Port of Ningbo, the world’s largest port and the third-largest container port, is the latest Chinese trade hub to see an impact from the government’s “Zero Covid” policies. A Covid outbreak was detected on Thursday of last week and spread to Beilun, which is the area that has the most terminals for the Port of Ningbo, leading to a decrease in productivity, according to global maritime analytics provider MarineTraffic.

On Monday, MarineTraffic tracked what supply chain in-transit visibility lead Alex Charvalias described as an “important decrease of containership arrivals at the Ningbo port,” and which he attributed to the latest Covid outbreak in the area. “Even though it seems from MarineTraffic data that the number of vessels that arrived during the next day was higher than the previous days, we can still see that there is a growing TEU capacity waiting off port limits over the past few days,” he said.

These delays are also showing up in the latest CNBC Supply Chain Heat Map.

“A large number of warehouses and container yards are located in Beilun, so since October 16th, the Beilun District temporarily closed management,” said Joe Monaghan, CEO and president of Worldwide Logistics Group. “A large number of Ningbo warehouses cannot open to receive cargo and can’t pick up empty containers from container yards, and truckers need to apply for a special pass for delivery to the Ningbo dock area. The situation in Ningbo may last for a week.”