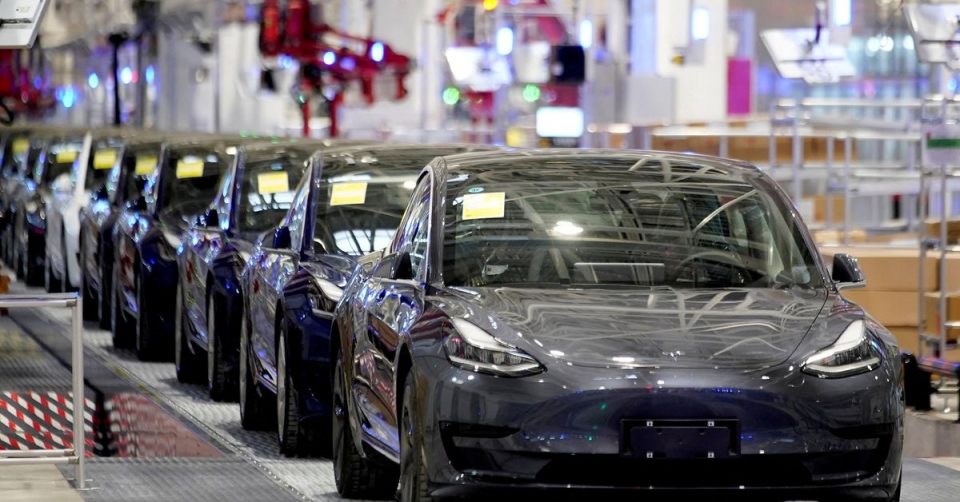 Tesla China-made Model 3 vehicles are seen during a delivery event at its factory in Shanghai, China January 7, 2020. REUTERS/Aly Song/File Photo

Tesla China usually exports more cars at the beginning of a quarter while focusing more on domestic sales at the end.

Tesla suspended most of its production at the Shanghai plant in July due to an upgrade that aims to bring the factory’s weekly output to around 22,000 units compared with levels of around 17,000 in June, according to internal memos seen by Reuters.

The output ramp-up at Tesla’s most productive manufacturing hub comes after production losses during a two-month COVID lockdown in Shanghai hurt the company’s profit margin in the second quarter.

Sales of electric cars accounted for 26.4% of the total in July and increased 117.3%, it added, with sales of plug-in hybrids outpacing pure electric cars.

The association now expects electric car sales for the whole year could reach 6 million units, higher than an earlier estimate of 5.5 million.

COIN at The Pavilion at Toyota Music Factory in Irving, TX