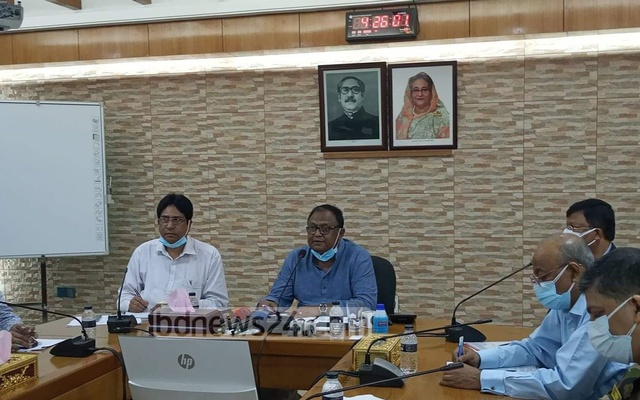 The Trading Corporation of Bangladesh will begin selling the root vegetable through its dealers on trucks at Tk 25 per kg within three days, Commerce Minister Tipu Munshi said after a meeting at the Secretariat in Dhaka on Sunday.

Representatives of the Cold Storage Association, wholesalers and Department of Agricultural Marketing attended the meeting.

Munshi said the Directorate of National Consumers’ Right Protection and other agencies are working to keep the prices below the government-fixed levels.

He warned that the government will bring out the potatoes stored in cold storages and sell them at the fixed price if the traders do not oblige.

The minister claimed that the farmers have produced enough potatoes so there should be no reason for a crisis. “We won’t allow (traders) profiteering opportunity,” he said.

“The demand for potato has increased slightly but the situation is not dangerous in any way,” he added.

The government has recently fixed potato prices at maximum Tk 23 per kg at the cold storages, Tk 25 at the wholesale markets and Tk 30 at the retail level, but the prices remained high.

A supplier from Rajshahi told bdnews24.com on Friday that the potato traders have taken advantage of the increased demand after suffering huge losses in past few seasons.

An official at the Directorate of National Consumer Rights Protection said it would take some more time for the potato prices to drop.

The wholesalers have brought a huge amount of potato recently from the cold storages at high prices and the prices would not go down until these lots are sold out, he said, requesting anonymity as he was not authorised to speak to the media about the finding.

He also said they visited several warehouses in Dhaka on Friday, but the traders only assured the directorate of lowering the price after some days.

Billions down the drain: The overwhelming scale of Wellington’s pipe crisis

Size, Grwoth Share, Volume and Value Estimations up to 2028 – The Daily Chronicle

Foodgrains MSP, Procurement Under Scrutiny After Nexus Between Officials And Traders Is Exposed