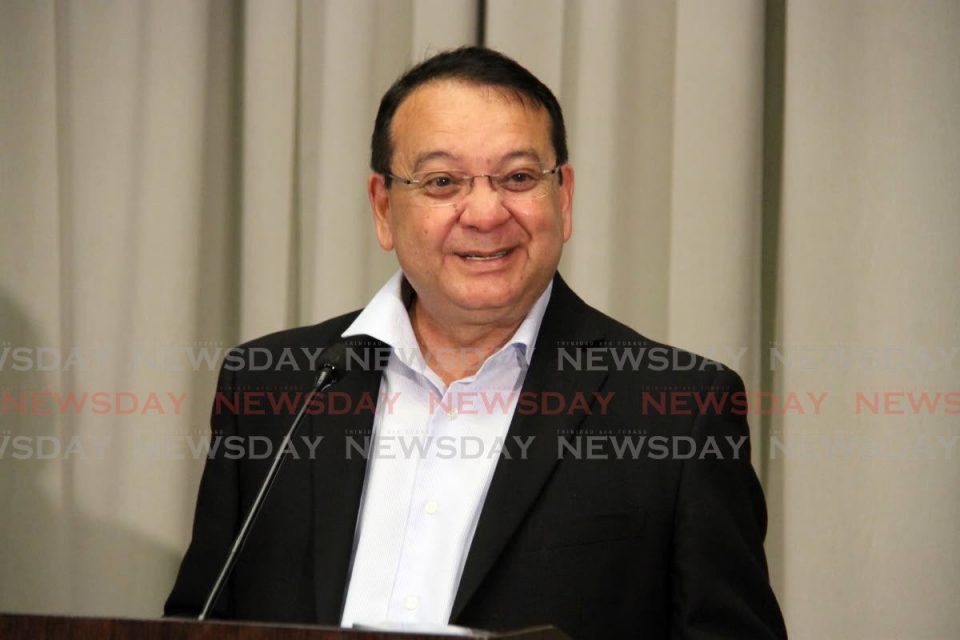 CONVERSATIONS between TT and Guyana are being held to explore the possibility of TT providing services directly to upstream oil and gas stakeholders.

This was said by Minister of Energy Franklin Khan at the Energy Chamber’s annual general meeting held virtually on Thursday.

Khan said since the new government in Guyana assumed office, he had been in discussions with Guyanese Minister of Natural Resources Vickram Bharat.

“These discussions are quite fruitful,” Khan said. “We have a memorandum of understanding for energy co-operation that was signed in early 2019 by the honourable Prime Minister Dr (Keith) Rowley and (former Guyana) president (David) Granger, and we plan to activate that.

“Once the covid19 restrictions are lifted, I intend to visit Guyana in the shortest order. Before that, we will be having official meetings on Zoom with my counterparts in Guyana, to push forward some of these initiatives, and I will keep the energy chamber in the loop in that regard.”

Khan said these conversations may be critical to phase two of the Galeota port devleopment project, which could provide a port for operators in TT waters as well as providing a proper launching pad to provide services to the South American country, because of the port’s close proximity to the field.

In a question and answer session after Khan spoke, concerns were raised that Guyana, which is focused on the development of its own oil and gas, would perceive TT’s attempt at business with them as a ruse to dominate the Guyanese market. Khan said those concerns have been raised in talks at the highest level, and that is why there is a need for diplomacy.

“The Jamaican government will always push back on that (dominating the Guyanese oil market). And then if you are not sensitive and you enter Guyana, the Guyanese will start to fell threatened. That is why this calls for diplomacy. We cannot purport to be supporting a TT invasion of Guyana.”

Responding to questions of the liberalisation of the fuel market which was announced in the 2020/2021 budget on Monday, Khan said the country would now have two retailers of fuel who will buy from the wholesaler – Paria Fuel Trading Company.

“The system is like this – you will have the reference price for fuel, which will be Paria’s import based on a Caribbean coast price, and is linked to a US Gulf Coast price. Paria will sell to the two wholesalers – Unipet and NP. The margin for the wholesalers will be fixed. But the retail margin now, which is 22 cents per litre, will be removed. The dealers carrying a dealers license from the ministry can now mark up as they see fit in a competitive environment.”

Khan said NP would have company-owned gas stations and those that are owned by the franchise itself.

But for the company-owned, dealer-operated gas stations, the dealer will have the first right to purchase.

Khan said government will define the terms at which the dealer will purchase fuel.

He said government has not yet decided whether NP’s competition, Unipet, will be allowed to buy gas stations.

He also quelled concerns about the removal of the supplemental petroleum tax (SPT), saying it is independent of oil and gas prices and production, and people should not be concerned that it kicks in when the price of oil reaches $75.

“The concept of an SPT is a windfall profit tax. In today’s environment and in a covid19 environment, $50 a barrel could, by no stretch of the imagination, be a windfall profit tax especially when the average cost of production in TT is about $30 to $40 a barrel. I see no basis on which the government could easily justify stopping that concession, if you call that a concession at all.”

Tiah steps down, Mahabir steps up

It was also announced after the AGM that Eugene Tiah will be stepping down as chairman of the chamber, with Dwight Mahabir replacing him.

“I’m delighted to hand over the reins of the organisation to Mr Dwight Mahabir who was previously the deputy chair for the energy services sector,” Tiah said.

Mahabir thanked the board members for the trust placed in him.

He said challenges, exacerbated by covid19, have caused distress in the energy sector but were present even before the pandemic. He said the chamber is now faced with an opportunity to do things differently.

Mahabir welcomed changes made in the 2020/2021 budget which included the liberalisation of the fuel market and the change in the SPT rates.

Police: Three men charged with possession of marijuana with intent to distribute, conspiracy