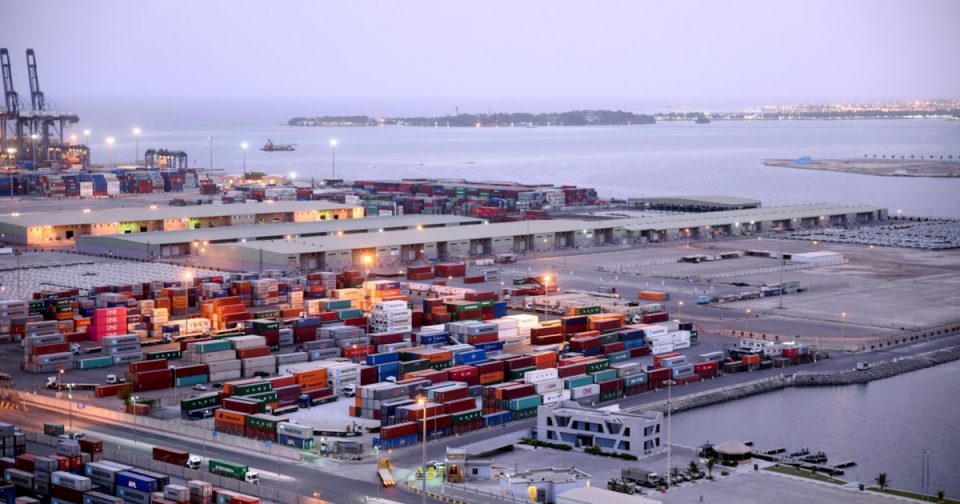 Located along one of the world’s busiest shipping routes, serving as a gateway to one of the Middle East’s largest economies, and acting as the cultural and commercial meeting point for three continents for centuries – Jeddah Islamic Port has always played an integral part in the world of commerce and trade.

With Vision 2030, shipping and logistics have taken center-stage in Saudi Arabia’s plans, and the race is on to transform the Kingdom’s ports and airports into leading international logistics hubs to help boost economic activity.

There is a spirited drive to embrace change and a renewed focus at the highest levels in the Kingdom to carve out a name for innovation, business-friendliness and customer-centered solutions.

These developments dovetail with the vision and the plans of the Kingdom’s largest bonded and re-export zone, LogiPoint. LogiPoint is a one million square kilometer logistics zone located within Jeddah Islamic Port which acts as a transformative platform for the logistics industry.

LogiPoint is dedicated to enabling logistics in the region and to going one step further in designing unique and innovative solutions for the logistics industry. It works extensively with clients to not only understand the needs and requirements of today, but also to identify opportunities for the future. Embracing change, even leading change is part of LogiPoint’s DNA, the company says.

Below are just some of the logistics solutions LogiPoint has rolled out over the last couple of years.

Petrochemicals is the Kingdom’s single largest export, with hundreds of thousands of containers exported annually to destinations all across the world. LogiPoint worked with the petrochemical majors Saudi Aramco and SABIC, and with other high-volume exporters to re-engineer the entire export process and to bring the clients closer to their markets by reducing the lead time between order and delivery. In this high-volume, high-stakes industry, this efficiency in logistics translates to vital competitive edge for KSA exporters in the international market.

Shipments originating in Europe and the Americas, and passing through the Red Sea, typically have a transit time of 8-12 days ahead of them to reach the GCC ports in the Arabian Gulf. LogiPoint introduced the cross-border Gulf service under which shipments can be discharged in Jeddah and moved to ports and final destinations in the GCC countries via bonded trucking. This helps reduce the transit times by 7-10 days and translates to greater efficiency, increased shelf life, as well as higher revenues and profitability for the clients.

LogiPoint has worked with industry stakeholders and regulatory bodies to design and streamline multimodal movement of shipments seamlessly. Thanks to the initiatives taken by LogiPoint, it is now possible in KSA to import one leg of a shipment by sea, move it under bond to the desired airport, and load it out by air freight to its final destination. Similarly, air-freight imports can be moved to the LogiPoint bonded and re-export zone for consolidation before being shipped out by sea. This is an important development in putting the KSA on the world logistics map as a strategically located multimodal logistics hub.

Lightning fast e-commerce relies extensively on efficient, error-free and high-speed logistics for survival and success. LogiPoint introduced the Bonded Express Facility to cater for the e-commerce segment. This facility is dedicated to the clearance and fulfillment of express and e-commerce shipments and is the first of its kind at a Saudi port. Through policies, processes and an infrastructure built with e-commerce needs in mind, the facility handles and facilitates inbound and outbound express shipments by sea, air and land, thus enabling e-retailers and online platforms looking to penetrate and serve their target markets in Saudi Arabia and the rest of the Middle East. These initiatives have led to signing of major contracts with global and regional e-commerce industry leaders.

Over the years, LogiPoint has been offering a wide array of Value-Added Services (VAS). These include short-term storage, packing, co-packing, labeling, bundling and distributing goods, duty deferment (important especially when VAT has become such an important part of costing for a supply chain), and clearance and delivery support. There is also a reefer village, which boasts a reefer container yard with 240 plug-in points, reefer cross-stuffing stations and an ever-expanding fleet of trucks and gensets.

With an eye to the future, LogiPoint has invested in becoming an operator of logistics parks and zones in the Kingdom and beyond. Logistics Park, Modon in Jeddah Industrial City 1 and the Logistics Park, South Jeddah in Khomrah are two examples of such investments, which will help create thousands of jobs directly and indirectly.

There are exciting new projects in the pipeline, which will see LogiPoint expand its footprint across the Kingdom through strategically located new logistics parks and economic zones.

In addition to strengthening the logistics sector in Saudi Arabia, LogiPoint is working to develop Jeddah and the Kingdom into the region’s foremost multimodal logistics hub serving global trade. In terms of life cycle, LogiPoint says it is only at the beginning of its journey and believes it is well-poised today to play an ever-greater role in nation building and development.

Indian smartphone makers worry coronavirus will hit supply chain – Apple, Samsung, Xiaomi and OnePlus all produce smartphones in India, but they rely on parts from China