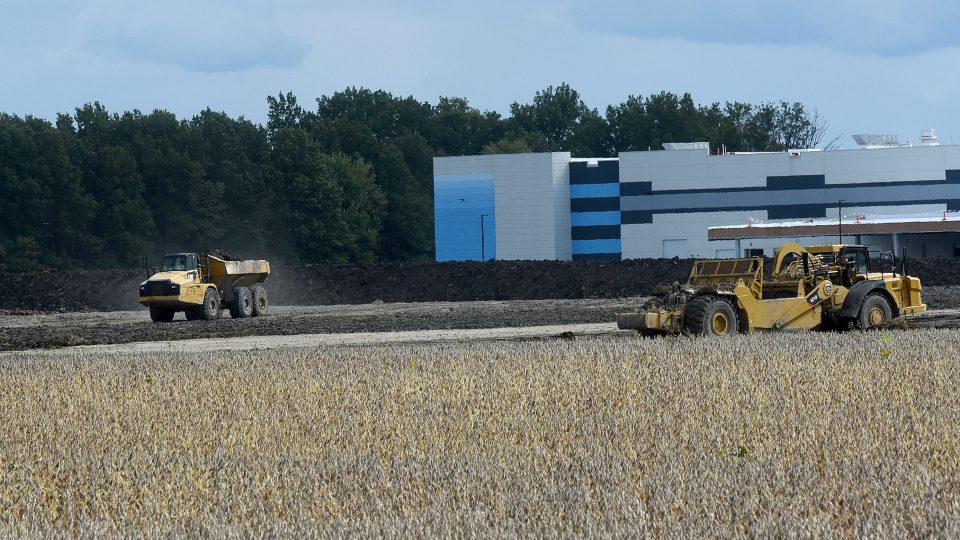 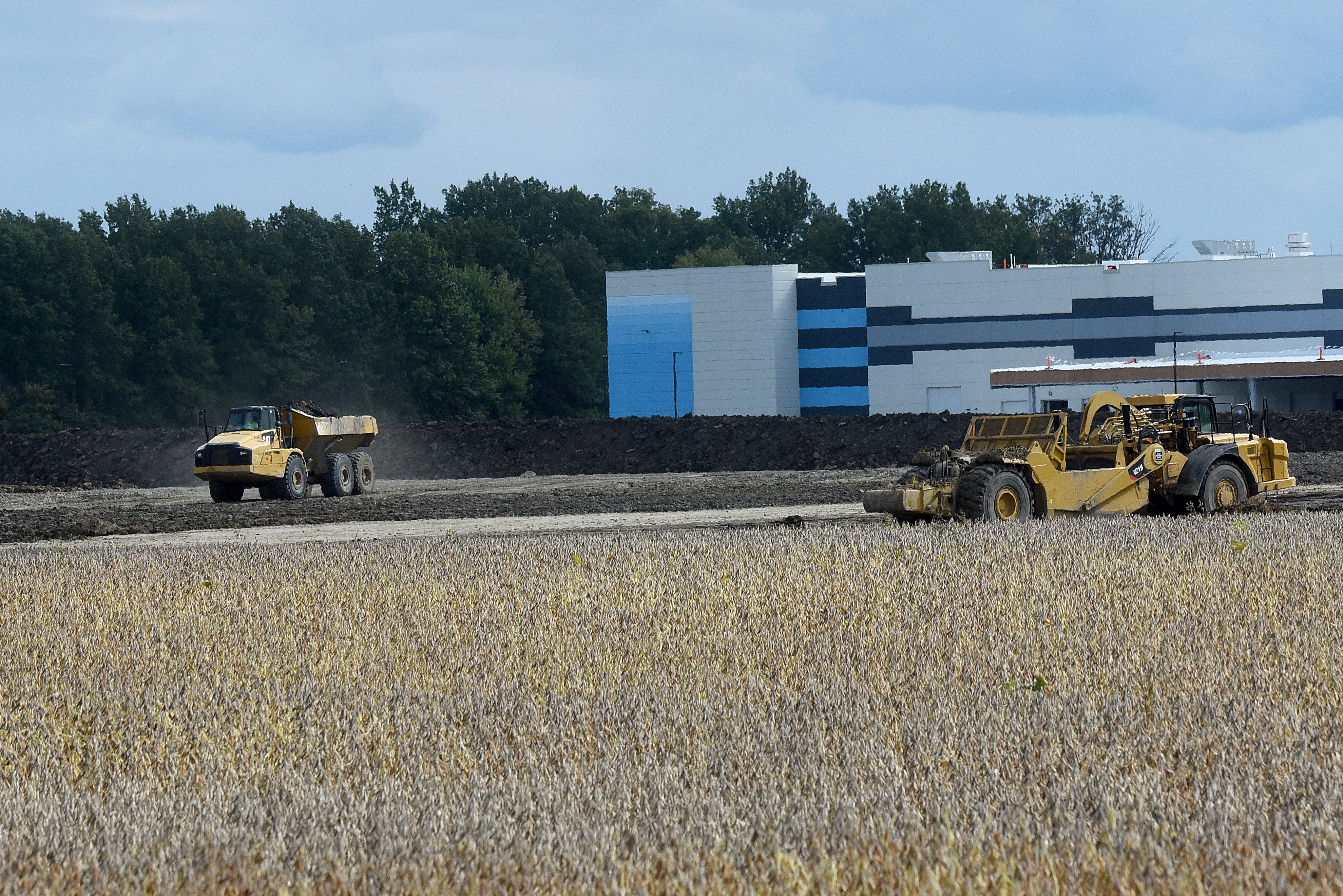 Heavy construction equipment works to lay the groundwork for a huge warehouse along Mink Street in Etna Township, alongside the new Amazon Distribution Center in the background. (Photo: Sara C. Tobias/The Advocate)

While COVID-19 remains the elephant in every boardroom, Licking County nevertheless continues to enjoy major investment and interest from the manufacturing and logistic/fulfillment sectors, particularly.

He doesn’t expect that interest to end anytime soon.

Strum painted a picture of a Licking County that will continue to grow in population over the next 30 or so years, and continue to reap commercial development benefits owing partly to geography and surrounding transportation routes during an Oct. 6 address to members of the Granville Area Chamber of Commerce.

Asked by a chamber member what might become of increasing numbers of the 1-million-or-more square foot warehouse style buildings going up in the county – particularly in the Etna Township and Pataskala areas – when they fall out of fashion or are no longer needed, Strum vigorously rebutted the assertion that will ever come to pass. 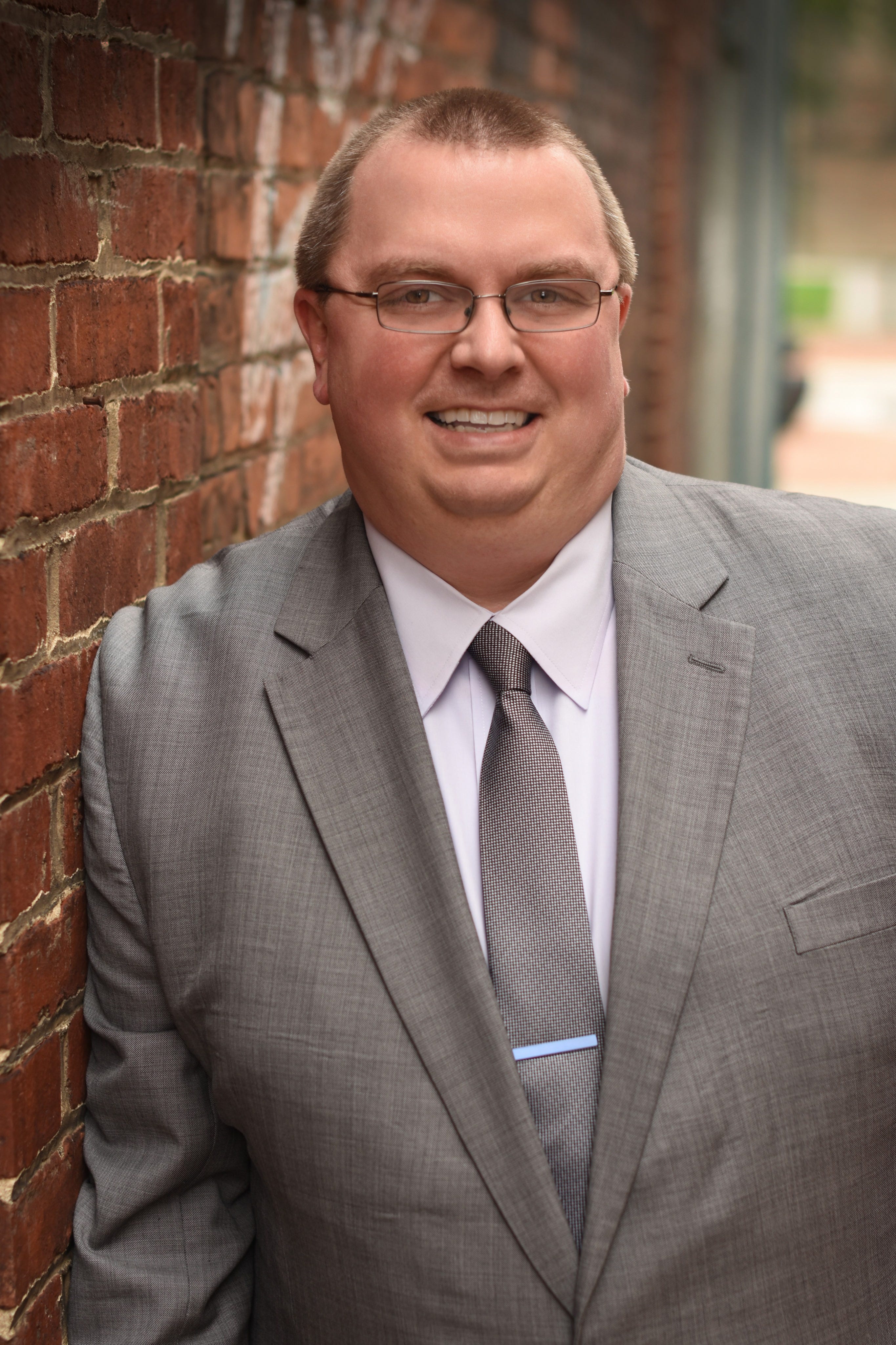 “What you’re starting to see here in the central Ohio marketplace, in particular, is (those warehouses) aren’t going anywhere because COVID has brought forward a general concept that people in these times still need products, need services, need items,” Strum said. “E-commerce and fulfillment have become a huge, huge industry for central Ohio.”

Strum said, “That’s a trendline that right, wrong or indifferent, is going on in retail. As that trendline continues to move in that direction, those large-scale warehouses aren’t going to go away, but they are going to be diversified. You’re going to start seeing some co-locating of facilities. Kohls’ may co-locate with a hardware or other end-user that is unrelated to their industry. That’s the trend. As population continues to go toward e-commerce and much less toward brick-and-mortar, you’re going to see more and more of those spaces and co-location. Right, wrong or indifferent, with proximity to I-70, Etna Township and a lot of our areas along that corridor will continue to lead that conversation as we can reach 65% of the U.S. population within a one-day delivery drive, (and) 50% of the Canadian population within a one-day delivery drive on our highway system.”

“Just so we’re all clear on this,” he said, “Licking County has four of the largest users of renewable energy in the world now with facilities by Amazon, Facebook, Google and guess what guys – Owens Corning is number six. They have their R&D facility in Granville and their manufacturing facility in Newark. We are the tip of the spear in central Ohio when it comes to renewable energy.”

While unemployment remains higher than it was this same time last year, and many small businesses and service industry enterprises are struggling amid COVID, some other sectors of the county economy appear strong, particularly the housing market.

Strum said trendlines there are strongly on pace with numbers last year.

Local governments also got a shot in the revenue arm with tax collections in the month of July. Strum said, “July was a banner month. Lots of local communities got healthy on the books very quickly.”

A little over one-year after spinning off from the Licking County Chamber of Commerce, Grow Licking County is also having a busy year, despite the pandemic, he said.

On the subject of site visits, Strum shared, “In the last 90 days, we have had four different companies – two of them Japanese and a Canadian company – come into the marketplace to visit us. They are moving forward on projects pretty rapidly.”

This month, Strum said, Grow Licking County has two offers going before the State Controlling Board “for final consideration” of tax incentives, and hopes to have two to three more doing so by year’s end.

“Operationally, we’ve never been busier: we’re seeing international leads coming into the market,” Strum said. “Manufacturing is dominating what we see in market.”

Looking much further down the road, by 2050, the greater central Ohio region, as defined as consisting of 15 counties, is expected to reach a population of at least three million.