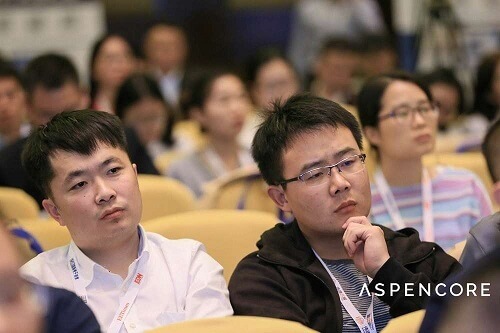 Supplier realignment always causes stress in the electronics supply chain — but the past six weeks has moved the needle to “anxiety.”

In early October, chip maker Texas Instruments announced it was dropping six of its distributors — including Avnet Inc., WPG and WT Microelectronics —  by the end of 2020. Within the past week alone, WPG said it was buying a 30 percent stake in rival WT Micro and connector maker Yageo Corp. announced its acquisition of capacitor manufacturer Kemet Corp.

None of this is seamless for customers.

“We buy a lot of Texas Instruments – I’d say they are a leading supplier on our list—and this is something we have to work through,” said George Whittier, president and COO of engineering and manufacturing services provider Morey Corp. “It just takes time and effort away from the things we want to do, such as working with our customers on new programs.”

Morey, a small to mid-size EMS, buys most of its components through distribution. TI’s decision will likely prompt a channel realignment.

The Yageo-Kemet acquisition also has sourcing implications. When two suppliers have overlapping product lines, one brand is usually discontinued after a merger. This creates problems for manufacturers of long-lifecycle equipment if they need replacement parts. It could also have an impact on upcoming designs that have to be modified.

“It’s the same situation,” Whittier said, “it takes a lot of time and effort.”

Texas Instruments’ decision to phase out six distributors has caused considerable consternation in China, according to EPSNews media partners. Those who packed a ballroom at the Global Distribution and Supply Chain Leaders’ Summit last week couldn’t stop talking about the move, which reportedly will lead to the loss of at least 1,000 jobs in sales and field-applications engineering in the region.

Attendees at the Summit tried to fathom TI’s motive, and speculated on the possible repercussions for the supply chain in China.

The Summit was the first big public event where electronics executives gathered following TI’s announcement. The event is hosted by Aspencore Media, the publishing company that owns EPSNews.

The crowd at the Summit was worried about the possibility of even more upheaval to come. Speculation was so rampant, attendees had even agreed upon which other semiconductor companies might follow suit.

Market analysts, however, are more interested in who will benefit from TI’s decision. If this were a horse race, betting slips would be flying.

The Avnet decision alone puts about $2 billion worth of channel business into play. Although TI no longer relies on distributors for new designs, it still relies on the channel to fulfill orders.

Audience at the Global Distribution and Supply Chain Leaders’ Summit

Channel customers typically have two options when a supplier drops a distributor: they can buy components from another distributor or work with their existing partner to find alternative parts. TI has given distributors a year to work through the transition.

Conventional wisdom points to global distributor Arrow Electronics Inc. (Arrow is the parent company of Aspencore Media) as the main beneficiary of TI’s decision. Arrow will continue to be an authorized TI distributor in most of the world. But Arrow hasn’t broken out the champagne. Executives are taking a more measured approach.

“First off, in the short term, there’s really no immediate change in the way customers are doing business,” Arrow CEO Michael Long said in late October. “In the long term, obviously, we’re the global option for doing business, and we’re quite happy with that.” There’s no ramp-up in near-term, Long told analysts during Arrow’s Q3 earnings call.

“There is no change in how we operate, what we operate with, the profitability or anything like that with the line,” Long continued. “So contrary to some of the rumors out there, we’re appreciative of the business, they’re a good partner, but I can’t give you any forecast at all because frankly, I don’t have any. And we’ll see how the market plays out and what happens over the next couple of quarters.”

Customers are understandably anxious. Although TI’s decision has resulted in many in the Chinese distribution market losing jobs, some supply chain stakeholders in the region see opportunity. One distribution executive told EPSNews partner ESM-China he regretted losing TI, but it was a smart move. TI has given up the low-end market, the executive said. “TI knows that if it did not give it up, the market would have been eaten by China IC companies eventually.” 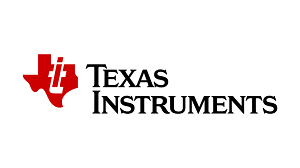 Following the announcement of its diminished distribution roster, Texas Instruments has been fielding a lot of questions. The chipmaker had a weak calendar Q3: Revenue of $3.77 billion was down 11 percent year over year and net income of $1.43 billion decreased by 9 percent for the comparable period. The company does not expect a negative impact from its channel-paring, CFO Rafael R. Lizardi told analysts during its earnings call.

“Establishing a more direct relationship with our customers just yields more of the rewards than it does the risk, and it gives us greater access to those customers,” he said.

TI has improved its website and its e-commerce capabilities for demand creation and inventory consignment programs, Lizardi added. “These improved capabilities combined with our sales and applications organization which by the way, is the largest in the semiconductor industry, just help us provide great products and great support to our customers.”

Still, since the early-October distribution announcement, TI has posted an online letter to customers. It reads, in part:

TI and these select distributors are working closely together to minimize customer disruptions. In the short term, there is no immediate change to the way customers do business with TI. In the long term, customers will continue to have the following options for doing business with TI:

Avnet expects to see more TI business going direct, according to CEO Bill Amelio. “As you know, [the decision] wasn’t just Avnet; they essentially de-franchised all the Asia distributors as well,” he told analysts. “So, there’s a massive move. And according to TI, they will be taking a lot of that direct. So, while there’ll be one distributor that will benefit, the fact is, everyone will be losing probably about 30 percent to 40 percent of what was out there previously and that’s supposed to go direct.”

The terminations, he added, were not performance-related.

So, you want to keep your distributor?

Still, TI customers may have to face difficult choices. Most OEMs split their orders between two or more distributors to reduce their dependence on a single source. If one distributor falters or fails, another one can pick up the slack. Dealing directly with a supplier removes that safety net.

Some customers may also become “less visible” to TI. Customers lobby to become a big or strategic customer to their distributors. During periods of shortages or allocation, these customers are first in line for limited quantities. But one distributor’s big customer may be a drop in the bucket to TI. The customer dynamic shifts.

Companies that want to retain their distributors have a couple of options. Distributors frequently buy and sell products from one another, so an Avnet or WPG could still fulfill a customer’s bill of material that calls for TI parts. Or TI could grant a “spot franchise” to a WT Micro on a customer’s behalf.

But industry sources worry that TI has opened the floodgates for suppliers that want to gain margin at the channel’s expense. Supplier margins have been shrinking as global competition and market maturity take their toll. Some component makers (notably, Xilinx) channel most of their product through distribution. Others sell roughly one-third of the products through the channel. No one is betting against further disruption.