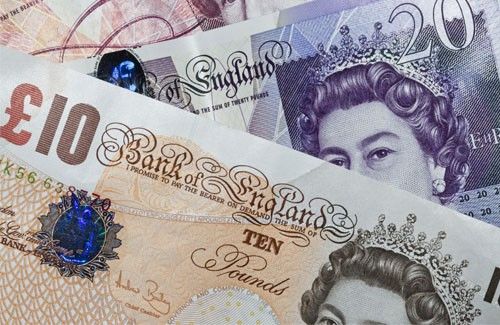 The positive move in the pound has put pressure on the FTSE 100.

The international nature of some of the big components in the index means that a rally in sterling tends to hurt stocks like Diageo, AstraZeneca, GlaxoSmithKline, and Burberry as they derive a relatively large amount of their revenue from overseas. The health crisis is a growing concern, and there are fears about tighter restrictions. Equity markets in Continental Europe are up slightly and traders bought relatively cheap stocks in the wake of yesterday’s declines. Indices are edging lower towards the close.

Just Eat Plc shares are in demand on the back of the strong third quarter update. In the three month period, orders jumped by 46%, which was a sizeable improvement on the first half update – which showed a 32% rise. The integration of Takeaway.com is going well, and the takeover of Grubhub should take place in the first six months of 2021, provided there are no issues from the regulator. Just Eat announced that it is in a strong position for Autumn and Winter, which are typically its growth season. Just Eat experienced a jump in activity on account of the health crisis, and given that the health emergency is likely to worsen in the months ahead, that is likely to benefit the food delivery platform.

ASOS issued a cautious outlook and that took away from the impressive full year figures. The online fashion retailer said it is worried about people in their 20s finding work in light of the pandemic. ASOS is popular with millennials, and their employment prospects are under pressure because they account for a relatively high portion of people in the retail and hospitality sectors. The company has benefitted from the pandemic as transactions moved from the high street to online outlets. Annual profit before tax (PBT) was £142.1 million, and keep in mind its internal forecast was £130-£150 million. Group sales increased by 19% to £3.26 billion. The company is well positioned thanks to a solid performance this year, but it is uncertain in its outlook in the short-term because of the health situation.

Barratt Developments enjoyed a positive run between early July and mid-October, as house building has been in operation since May – when construction sites recommenced activity. The likes of Rightmove said there is a ‘mini boom’ in the British property market and that ties in with what Barrett’s are experiencing. The order book is now £3.65 billion, which is an increase from £3 billion. Completions have increased by 24% to 4,032. Unless there is another halting of building work because of the pandemic, the company should achieve its full year house completion target for 2021.

Bunzl shares hit an all-time high on the back of the optimistic third quarter update. Group revenue in the three month period increased by 4%, and it expects that second quarter operating profit will be higher than the prior year. Bunzl confirmed that Covid-related sales were robust, but it predicts that future coronavirus-related sales will be more limited.

Stocks are only fractionally higher as trading has been muted. The lack of political progress in relation to the proposed coronavirus relief package and the setback with respect to the potential Covid-19 drugs are hanging over the markets. A lacklustre mood is doing the rounds.

US PPI in September was 0.4%, and that was a big improvement on the -0.2% registered in August, and the core PPI reading was 1.2%, and keep in mind the previous level was 0.6%. The sharp rises in PPI are encouraging to see as it suggests that demand is on the rise. PPI can often be a front runner for CPI because if prices change at the factory level, they will probably change for consumers too. The Federal Reserve are content for CPI to run over 2% for a period of time.

Goldman Sachs Group Inc posted well received well third quarter numbers. EPS came in at $9.68 and that smashed the $5.57 consensus estimate. Revenue was $10.78 billion, which was ahead of the $9.46 billion forecasts. The Wall Street titan outperformed in fixed income trading and asset management. Fixed income trading revenue was $2.5 billion, topping the $2.03 billion forecast. The asset management unit saw a 71% surge in revenue to $2.77 billion.

Bank of America Corp shares are a little lower on the back of its third quarter update. Revenue was $20.45 billion, and that was shy of the $20.8 billion forecast. EPS was 51 cents, which was a touch above the 49 cents that equity analysts were anticipating. Net interest income (NII) – which is the revenue from lending – fell by 17% to $10.2 billion. The low interest rate environment is weighing on the NII. The bank set aside $1.4 billion for the provision for bad debts, and that was a big drop from the $5.1 billion that was set aside in the previous quarter.

Wells Fargo, is one of the largest mortgage providers in the US, and the bank posted a 19% decline in NII in $9.36 billion. EPS was 42 cents, and that missed the 45 cents forecast. Wells Fargo announced a $769 million provision for bad debts, and that was a big fall from the $9.5 billion posted in the previous quarter.

The US dollar index is in the red as the mildly optimistic mood in the markets has prompted dealers to drop the greenback – lately it has been a popular play when stocks are in turmoil. The dollar enjoyed a decent upward move yesterday when sentiment was sour, so now the currency is undergoing a pullback EUR/USD has been nudged up by the move in the dollar.

GBP/USD is higher on the day as the UK indicated it won’t abruptly end negotiations with the EU if a deal hasn’t been established. Uncertainty exists because both parties are still in disagreement, but dealers are not running scared because the political temperature has cooled to an extent.

Gold is higher on the session because of the negative move in the US dollar. The metal is traded in US dollars, so the decline in the greenback makes it relatively cheaper to buy the asset. Gold was under pressure yesterday on account of the upward move in the dollar, and even though gold is higher today, it hasn’t recouped all of yesterday’s losses.

WTI and Brent crude oil are up on the day as it is understood that Russia and Saudi Arabia are keen to maintain their output cuts. The oil market is normally more in step with equities as it is a risk-on asset but the energy is outperforming today. As the health crisis rumbles on that is likely to chip away at the oil price, but the price probably won’t fall too far, as OPEC+ could intervene.

AP govt to take up paddy procurement at villages