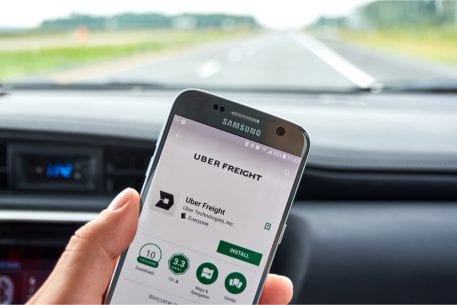 The U.S. ride-hailing company will become a minority shareholder. Financial terms were not disclosed.

The transaction will bring the two companies together to expand the digital freight industry across Europe, the U.S. and Canada and extend the combined group’s presence to Amsterdam, the company said.

The agreement includes a shipper referral program in which it will refer shippers seeking freight brokerage in North America to Uber Freight, and vice versa, sennder said.

The deal is expected to strengthen sennder’s position as the largest digital freight forwarder in Europe and enhances its service across its key markets.

Through this agreement, Uber Freight will offer its customers substantially extended reach in Europe.

“This acquisition strengthens our position as Europe’s number one digital logistics provider,” said sennder CEO and Co-Founder David Nothacker in a statement. “We also look forward to working with Uber Freight to bring further value to both companies’ customers.”

The company said its 500-person workforce manages more than 10,000 trucks across Europe.

In June, the company merged with Everoad, the French transportation company. That followed a joint venture with Poste Italiane, one of Italy’s largest logistics operators.

Lior Ron, head of Uber Freight, said the collaboration allows the firm to extend its reach in Europe while doubling down on its freight business in North America.

Since its 2017 debut, Uber Freight said it has specialized in the connection of truck drivers with shipping companies, acting as a broker. The company, a standalone subsidiary of the rideshare giant, has competed with traditional shipping companies like DHL International.

During the first quarter, Uber Freight’s revenue increased 57 percent to $199 million, with losses widening during that time by 121 percent, to $64 million.

The How We Shop Report, a PYMNTS collaboration with PayPal, aims to understand how consumers of all ages and incomes are shifting to shopping and paying online in the midst of the COVID-19 pandemic. Our research builds on a series of studies conducted since March, surveying more than 16,000 consumers on how their shopping habits and payments preferences are changing as the crisis continues. This report focuses on our latest survey of 2,163 respondents and examines how their increased appetite for online commerce and digital touchless methods, such as QR codes, contactless cards and digital wallets, is poised to shape the post-pandemic economy.