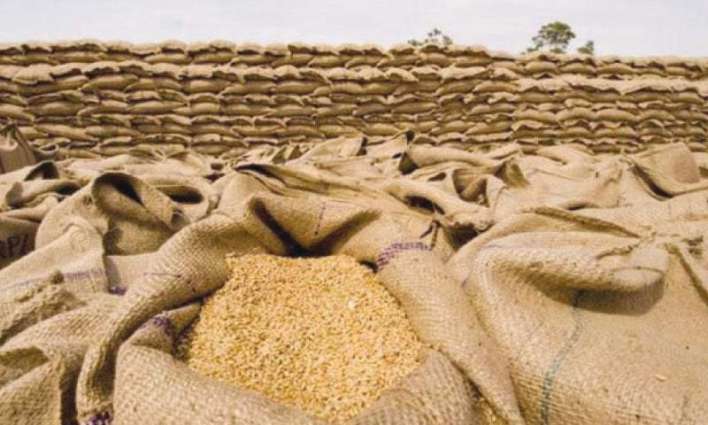 ISLAMABAD, (UrduPoint / Pakistan Point News – 20th Jul, 2020 ) :Ministry of National food Security and Research has so far issued 288 wheat import permits to private sector importers for ensuring adequate and timely imports of the commodity in order to keep smooth demand and supply of grains and flour across the country.

The import permits were issued in compliance of the decision of Economic Coordination Committee (ECC) of the Cabinet, whereas Department of Plant Protection has issued these permits for the import of wheat in two phases, said Food Security Commissioner in the Ministry of National Food Security and Research Dr Imtiaz Ahmed Gopang.

Talking to APP here on Monday, he said that for phase -I (out of 500,000 tons) Department of Plant Protection has issued import permits to 122 importers of the private sector for the quantity of 499,500 tons of wheat.

As wheat harvesting is expected during the 3rd week of August and September, 2020, he said adding that future trading has already been started.

It has been informed by the importers that first shipment carrying about 66,000 tons of wheat will arrive in August, 2020 and second shipment of 70,000 tons is expected to be arrived in September, 2020, he added.

Furthermore, trading of two shipments is also in process which would arrived as per schedule to further cementing the demand and supply of grains in the local market, he remarked.

Highlighting the pricing trend of the commodity in international markets, Food Security Commissioner said that price of Black Sea Wheat was estimated at US$ 235 per ton including freight charges of US$ 30 per ton.

Therefore, import parity of Black Sea wheat was estimated at Rs1,750 per 40 Kg at Karachi by abolishing all duties and taxes at center level).

He said that cost and freight charges for the import of wheat was calculated with Dollar exchange rate is @ Rs. 167.38 as on July 16,2020 and International Grains Council price report.

Giving the details of local wheat stocks, Dr Imtiaz said that about 26.059 million tons of wheat available for local consummation, adding that this year wheat output was estimated at 25.457 million tons with carry forward stocks of 0.602 million tons.

Food Security Commissioner further informed that Punjab has started their releases and so far it has released a quantity of 148,908 tons of wheat to their flour mills.

Meanwhile , Khyber Pakhtunkhwa has lifted about 55,218 tons of wheat from PASSCO’s stock by July 19, 2020 since their signing of Memorandum of Understanding with Pakistan Agriculture Storage and Service Corporation (PASSCO), he added.

He further informed that government was also taking measures to check the hoarding and extra profiteering of wheat in the local markets across the country.

Federal Secretary also directed the department concerns to make sure that there should be no complain of wheat and flour shortage from any part of the country.

He said that all the provinces were cooperating with each other to ensure smooth supply of the commodity in the country.

He said that the provincial governments and districts administration were also asked to monitor the progress of flour mills and keep zero tolerance policy on smuggling and hoarding of the commodity.

‘Gin palace’ F1 motorhomes could be on their way out

Look: Before and after – Manila Bulletin