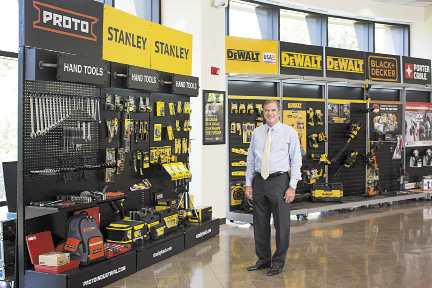 New Britain manufacturing giant Stanley Black & Decker has closed a power tool factory in Shenzhen, China, as part of a consolidation of the firm’s operations in the east Asian country.

Stanley last month announced it will close the factory, which employs about 1,000 people, according to the company.

“The closure is part of our planned global manufacturing footprint reconfiguration that will allow us to manufacture closer to our customers, including our customers in China,” a statement from Stanley Black & Decker said.

China, of course, was ground zero for the coronavirus pandemic and many manufacturers, including Stanley Black & Decker, were forced to temporarily close facilities in that country earlier in the year.

Stanley, which said in April that its facilities and supply chain largely remained open during the pandemic, said it reopened its China operations  “following the Chinese New Year holiday that ended in early February.”

COVID-19 Vaccines Present One of the Biggest Supply Chain Challenges This Century > ENGINEERING.com