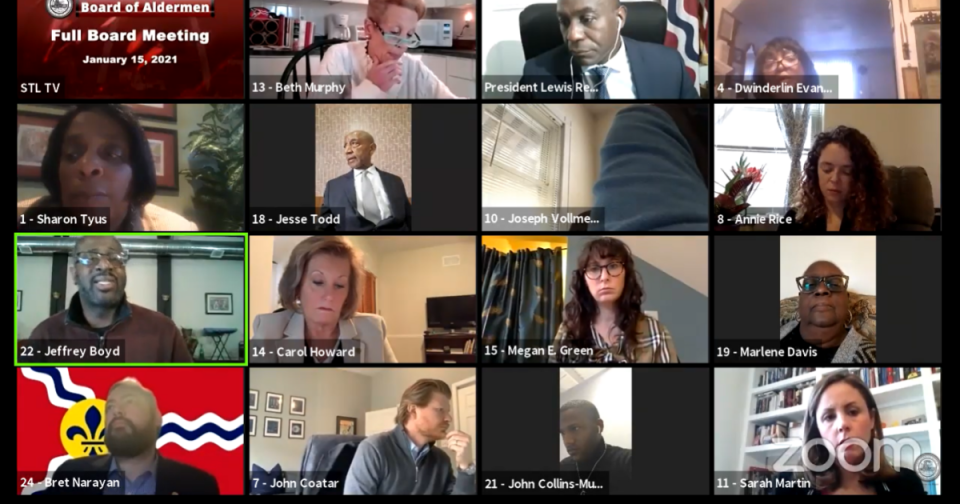 The St. Louis Board of Aldermen wants to reverse a plan approved by voters that would reduce the number of wards in the city from 28 to 14.

Aldermen voted 15-13 on Friday to ask voters in April to scrap the reduction plan that is set to go into effect on Dec. 31.

The latest effort would need to pass with 60% of the vote, since it is an amendment to the city’s charter.

Mayor Lyda Krewson’s position on reversing ward reduction remains unchanged. She is opposed to placing the issue back on the ballot, but a spokesperson declined to say if she would veto it.

If Krewson does nothing with the bill, ward reduction reversal would go on the ballot.

Supporters on the board would need 20 votes to override a veto by the mayor.

The effort to overturn the reduction has been ongoing for several years. Backers claim that voters didn’t really understand what they were voting for and that the move will decrease representation. Supporters say it will make the board more efficient.

Aldermen on Friday also overwhelmingly gave first-round approval to a nonbinding referendum to close the north St. Louis jail known as the Workhouse.

Aldermen already passed legislation this past summer to close the Workhouse and develop a plan by Dec. 31, 2020, which hasn’t happened yet.

Activists have long criticized the living conditions at the Workhouse. The jail houses many people who cannot afford bail while they await trial.

Many aldermen said they are in favor of closing the Workhouse, but there must be an alternative plan for inmates and the building.

Alderman Brandon Bosley, D-3rd Ward, said if the board cannot come up with a concrete plan, then the residents need to be involved with the decision.

Alderman Joseph Vaccaro, D-23rd Ward, is not in favor of the bill. He said he has spoken with people inside the Workhouse, and they asked him not to close the jail because they do not want to be sent farther away from home or to a jail with conditions worse than the Workhouse’s.

Insurance Blog: I Can’t Get Product, I’m Losing Money, Is There Coverage for the Coronavirus?