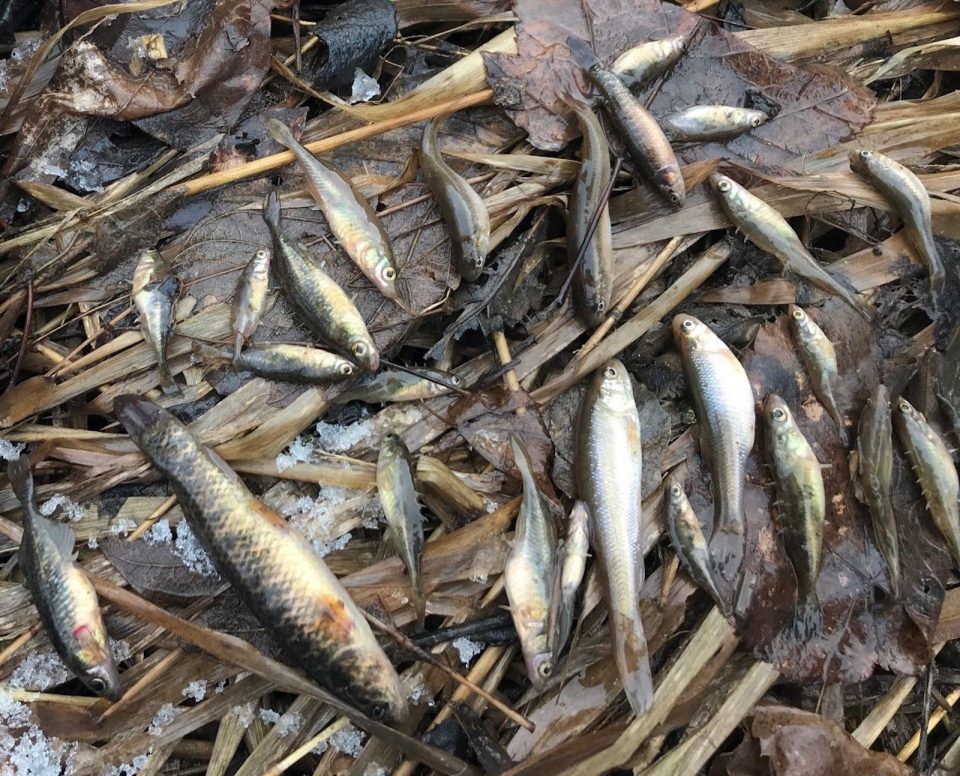 A St. Croix County committee has requested the state take quick action in response to a series of manure spills at a Confined Animal Feeding Operation (CAFO) near the Willow River in western Wisconsin.

The move comes after a November 2019 incident in which manure was spread on a field and quickly ran off into a nearby trout stream, contaminating the water and killing minnows.

St. Croix 360 was the first media outlet to report the spill.

Last year’s spill was the fifth problem in three years from Emerald Sky Dairy, a 1,500-animal facility near Baldwin.

At its February meeting, the Community Development Committee unanimously approved a letter to the local Department of Natural Resources regulator, and sending copies to the Governor, DNR Secretary, and other officials.

“The [Community Development Committee] requests full and quick enforcement of manure application rules and statutes for CAFOs located in St. Croix County,” the letter reads. “The fines and measures taken for past violations are appreciated but they were not timely.”

The committee pointed out that previous violations at Emerald Sky Dairy resulted in insubstantial fines that came years after the spills, with multi-year payment plans for the offender. They said it meant there wasn’t a “cause and effect impact.” Most importantly, it does not seemed to have worked to prevent additional problems.

Emerald Sky Dairy’s state permit is up for renewal soon, and the officials said they hoped it could be an opportunity to improve the facility’s operations.

Committee members who spoke during the meeting said they support farming and understand the importance of the dairy industry, and even the benefits of spreading manure on fields as fertilizer. But they said this one particular facility, one of the only CAFOs in the region, has had repeated problems.

“It’s not saying that farming is bad in St. Croix County, it’s saying that there’s one particular one that has more problems than anybody else,” said committee member and county supervisor Judy Achterhof, who represents the area. “And nothing seems to be getting done about it, and the more people that know about it, maybe something will be done.”

Enforcing current CAFO rules is also important as the state of Wisconsin discusses changing, and possibly weakening or strengthening, its regulations for how such facilities can operate.

Committee chair and county supervisor Daniel Hansen said he had heard from a lot of citizens who are worried about Emerald Sky Dairy. In recent years, the committee has heard more public comments about the facility than any other livestock operation in the county.

“I would like to see a more vigorous enforcement of the rules that are in place,” said committee chair and county supervisor Daniel Hansen. “Some people call for more rules, some people call for different rules, I think that the rules we have are pretty good and that we just need to see them enforced.”

Hansen also said he thinks there needs to be more DNR presence in monitoring, educating, and enforcing CAFO laws and permits.

“We need to have a more healthy relationship with the farmers, we need people in the field helping them follow the rules. Not cracking the whip, but following the rules,” Hansen said. “If there were more regulators in the field, it would be helpful to the farmers.”

The letter closed by asking the DNR to either respond to the concerns in writing, or attend a future committee meeting to discuss the issue.

Maine factory to discard all coronavirus swabs made during Trump tour

12 Things to Consider When Expanding Your Business Internationally