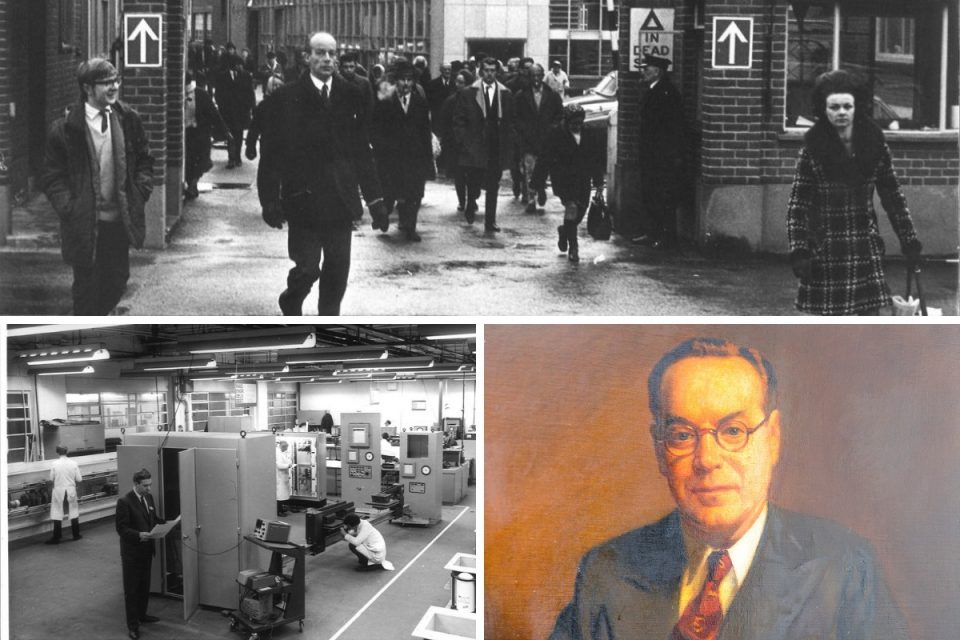 MODERN technology has gone to the next level in the 21st century, with iPods replacing CD players and digital tablets becoming commonplace in households.

But the former Ekco office and factory, found near Southend’s Priory Park, made a range of electronic gadgets in its heyday.

Televisions, radios and radiators were just some of the objects which poured out of the factory in Prittlewell Chase.

The company was named after its founder Eric Kirkham Cole, who was born in Rochford in 1901 and set up a business in a Beedell Road, Westcliff, shed 21 years later, having completed his education at Southend Technical College.

Mr Cole, an electrical engineer, named the company Ekco in 1926 and, four years later, it became the first business to use plastic cabinets for its radios, which led to the installation of the first large-scale plastic presses in British manufacturing.

The car radios were often seen in Rolls Royce vehicles.

At its peak, the company employed more than 8,000 people in Essex and played a key role, along with the Ministry of War, to help end the Second World War.

However, after seeing his company become a roaring success in the technology industry, Mr Cole died at his Barbados retirement home in 1966.

Six years later, the Ekco building was acquired by the Joint Credit Card Company, with it later becoming a centre for Access credit cards, subsequently part of the Mastercard operation.

On display – Ekco exhibits, including a radiator, were put on show in 2011

The old factory and office block no longer exists, with the site being redeveloped into a housing estate in more recent times.

But strides have been taken to make sure the history of the site is not forgotten, with the housing development being named Ekco Park.

The 228-home estate was completed two years ago, but Mr Cole’s legacy lives on.

Ekco Park – work started on building a housing estate in 2015

Join us on a trip down memory lane by joining our ‘We grew up in Essex’ Facebook group. If you have old photos and stories to share with our readers, simply complete our online form.

Scroll down to see more snaps of the Ekco factory.

Rolling back the years – the inside of the Ekco factory, which has since been demolished

Going under the hammer – Mark Stacey, of Staceys Auctioneers and Valuers, Leigh, and his brother Paul, sold some of Ekco’s gadgets in 2009

New tutoring center coming to Rehoboth; they are partnering with Factory Sports to help kids during virtual learning

FCA and Groupe PSA Boards note continued progress towards merger completion and agree additional steps including in respect of Faurecia...