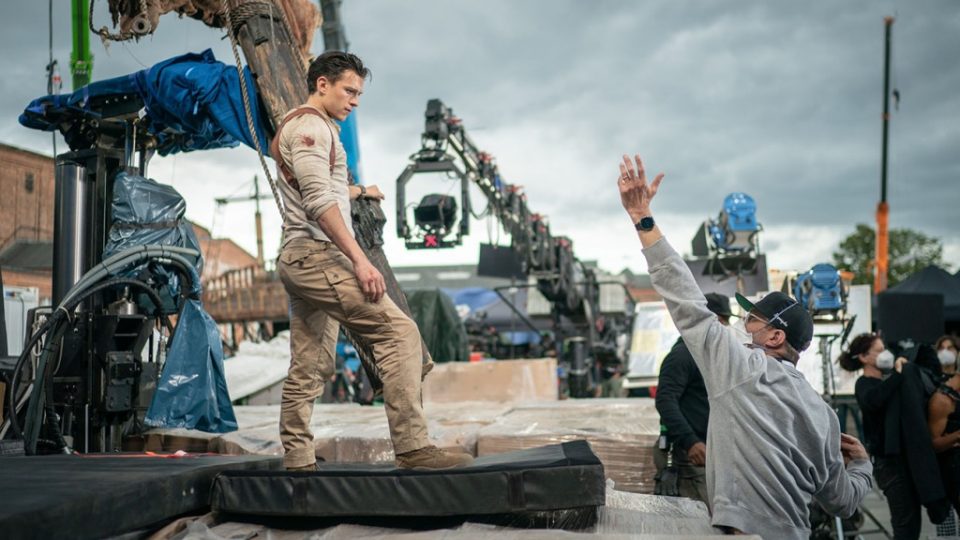 An invigorated Sony is doubling down on the theatrical window for tentpole attractions like the Spider-Man franchise, but the studio is also having to rethink its supply chains to ensure profitable production and distribution for its varied entertainment wares.

You wouldn’t know it by the way Sony execs, led by Sony Pictures Entertainment chairman Tom Rothman, teased upcoming releases like Bullet Train and Spider-Man: Across the Spider-Verse recently at CinemaCon. But a Sony looking to attract top creative talent eyeing a traditional theatrical release for their movies is also hedging its bets post-pandemic as it eyes less expensive film projects for streaming platforms.

An investor presentation in May, led by Sony Pictures Entertainment chairman and CEO Tony Vinciquerra, focused on how the conglomerate could better exploit its intellectual property. And a June 29 investor filing from newly-rebranded Sony Group Corp. provides more detail into the business strategy and outlook of its Pictures unit as well as its Electronics Products & Solutions and Games and Network Services divisions.

It’s a window into the challenges the studio sees as it talks about a “flexible release strategy” that puts a priority on theatrical releases for tentpoles, while also pivoting to video streaming platforms.

“In this environment, Sony plans to continue to leverage its strengths as an independent studio, working to create and strengthen its content IP and taking measures to expand its direct-to-consumer services based around communities of interest,” Sony said in the regulatory filing with the Securities and Exchange Commission. On the theatrical front, the studio recently released Morbius, with a new character from Marvel, and will continue expanding the Sony Pictures universe of Marvel characters.

“[F]ollowing the theatrical release of Uncharted in February 2022, Sony plans to further expand its films and television shows based on game IP,” the conglomerate stated in the filing.

That will build on Sony’s Pictures division, which saw theatrical revenues soar on box office for Spider-Man: No Way Home and Venom: Let There Be Carnage. At the same time, the studio said its media networks division will bolster its direct-to-consumer offerings, including the anime streaming service Crunchyroll, and SonyLIV, a digital streaming service in India.

And Sony has also seen TV revenue jump with deals like Netflix’s licensing deal for Seinfeld as the studio looks to sell films and TV shows to all the major streaming services and TV networks. But with Sony deep into the video game business via its Sony Interactive Entertainment division that creates content for the PlayStation platform, the studio is experiencing no end of component shortages, including for semiconductors and supply-chain disruptions.

To mitigate the impact of production bottlenecks, Sony in the SEC filing said it will do business on two tracks, the first being a “profit axis business area,” where the focus is on ensuring profitability, and the second is a “growth axis business area” to drive growth through creating and expanding new businesses.

“In the growth axis business area, in order to create future entertainment together with creators, Sony plans to work with internal and external partners to create a recurring solutions business that provides new value to creators in the areas of the virtual production and media cloud businesses,” the filing stated.

The goal is strengthening Sony’s supply chain resilience, while increasing the consumer appeal of PlayStation hardware and software. “In this environment, Sony will continue to work to secure components and promote market penetration of PS5, while also aiming to achieve future growth by maintaining and growing user engagement and by expanding the PlayStation community beyond the console,” the studio said.

BHP pushes for diversity, inclusion throughout the supply chain

90 Percent Of Retail, Consumer Goods Companies Plan To Modify Their Supply Chain Networks In Response To Fallout From COVID-19