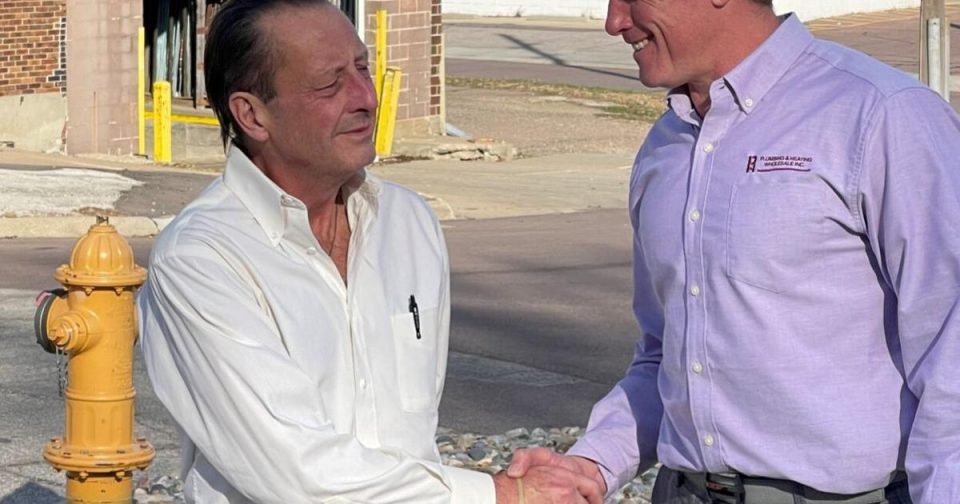 Terms of the deal, which closed on Nov. 22, were not disclosed.

Wigman, which was incorporated in August 1915, has operated in the same location at 313 Perry St. since its inception. Under PHW, Wigman will initially continue to operate at its current location under the same name. In the future, PHW will identify a new home for Wigman.

“We are excited to have the Wigman company join our team,” PHW President and CEO Mike Plasier said in a statement. “We have long wanted to better serve the industrial market in our foot print, the addition of Dan Hartnett and his team will allow us to better serve those customers throughout our territory.

“We will continue to provide the high levels of service that Wigman customers have come to appreciate and we plan to add services that will ultimately better serve the industrial community throughout the territory we serve.”

Plumbing and Heating Wholesale was founded in 1979 in Sioux Center, Iowa by Lee and Jerry Plasier. Since that time, PHW has grown to be an independent Plumbing, HVAC and PVF distributor with 8 distribution locations in Iowa and South Dakota. PHW also operates a plumbing, lighting and cabinetry showroom in Sioux City under the name Central Kitchen Bath.

PHW said he runs on the Entrepreneurial Operating System (EOS) model, which allows every team member in the company to have a voice and opportunity to contribute to the greater good of the company.

In a statement, the management and stockholders of Wigman company said they rejected many offers for the company in the past due to what it considered to be an unsustainable situation. Wigman said it appreciates the opportunity to be a part of a company with larger economies of scale and a “fine management team dedicated to the continuance & expansion of the enterprise.”

“Countless numbers of patrons have graced the company over the last 106 years, as well as the generations of dedicated employees that have served the company and its customers,” Wigman said in a statement. “The company has every intent to continue to serve our customers with the inventory commitment & product knowledge its valuable patrons have come to expect and deserve.”

Get the latest local business news delivered FREE to your inbox weekly.