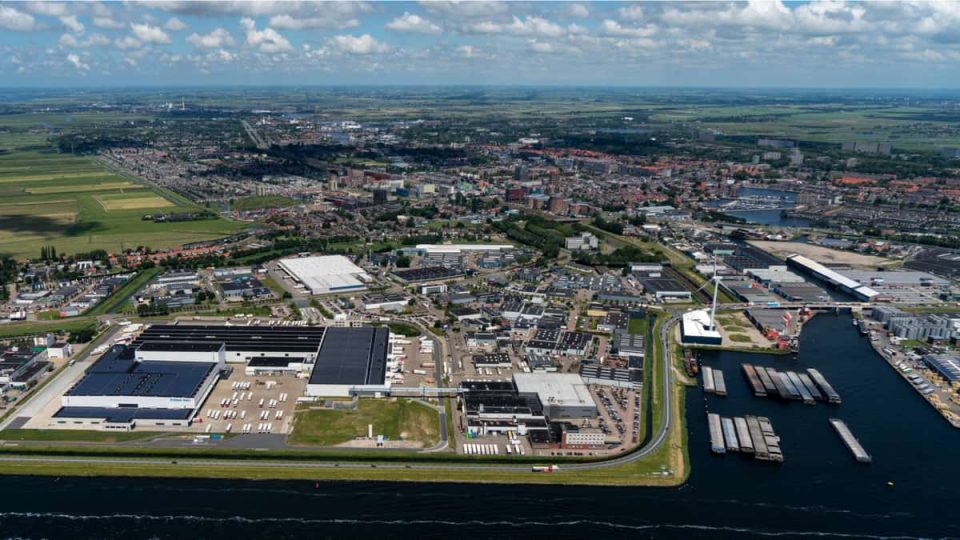 The race to secure logistics real estate in key parts of northern Europe has been heating up ever since the U.K. elected to leave the European Union in 2016. It is showing no signs of cooling.

Notable investments this year alone include the €24 million ($26.5
million) purchase of a logistics warehouse in ‘s-Heerenberg by Aberdeen Standard in June, and the January purchase of a
logistics facility fully leased to XPO Logistics in Oss by Europa Capital for
€28.3 million.

At the end of 2018 Rhenus Logistics also opened one of the world’s most innovative distribution centers in the Netherlands, where it will further expand in 2020. And, more recently, Tigers announced it is building a new mega-hub near Rotterdam which will open in April 2020.

The latest investor to take the plunge is Tristan Capital Partners
(TCP) which plans to invest €150 million ($165 million) in the next year as it
builds up a logistics footprint in the Netherlands.

The two logistics assets, located in Oss and Uden, were acquired
for approximately €25 million. The Oss property has three tenants and was
purchased from Equity Estate. The Uden property was acquired in a sale and
leaseback transaction with the vendor, Beter Bed.

During the next 12 months, TCP said it would grow its Dutch
logistics platform to at least €150 million by targeting existing assets,
sale/leaseback transactions and forward purchases.

Target lot sizes will comprise assets greater than 10,000 square meters, with all assets “possessing institutional appeal from an occupational and capital markets perspective.”

As reported in FreightWaves, the U.K.’s exit from the EU (Brexit), now delayed until the end of January, has prompted a reconfiguration of the European logistics landscape, fueling a scramble for logistics properties in the northwest of continental Europe, particularly in the Netherlands.

One reason for the rush is that many shippers have been relocating distribution and storage capacity to continental Europe ahead of ‘Brexit’.

Anecdotal evidence that this trend is in full flight was readily
available on a fact-finding logistics tour of the Netherlands by FreightWaves
last month.

Cuno Vat, CEO of Neele-Vat Logistics, a Netherlands-based
logistics provider, said that while the uncertainty around Brexit had been
confusing for business, new opportunities have emerged.

“We’ve seen a five-fold increase in requests from overseas
companies currently with setups in the U.K. that want to redesign their supply
chain. They are considering the Netherlands as a location and want us to be
their business partners,” he said.

Vat explained that during the 1980s and 1990s many companies from
North America and Asia established European bases in Great Britain to benefit
from the advantages of English as a first language, openness to immigrants, a
reliable legal system and relatively low taxes. Yet with Brexit threatening
labor shortages, customs checks and other transactional costs, many have
changed tack and are now looking to continental Europe for safe haven.

For some manufacturers, in the food industry for example, this is
a short-term risk management play – they are building up temporary inventory on
both sides of the English Channel to guard against short-term Brexit logistics
chaos, a threat that has now shifted to late-January when a damaging no-deal
Brexit remains an option.

However, others are making substantial, long-term commitments to
shifting large parts of their businesses out of the U.K.

Stan de Caluwe, senior supply chain solutions manager of the
Holland International Distribution Council (HIDC), told FreightWaves his
organization was in talks “with various logistics companies” about moving from
the U.K. to the Netherlands, transfers HIDC helps to facilitate.

“Many are starting with additional solutions such as a second hub
here and one in the U.K., then longer term are looking to move their European
distribution center here and will then service the U.K. from here.”

Wolfgang Lehmacher, a leading logistics consultant and the former
head of Supply Chain and Transport Industries at the World Economic Forum in
Geneva and New York, said the eventual departure of the U.K. from the EU would
have a major impact on the logistics landscape of the continent and the supply
chain strategies of shippers.

“When the U.K. separates itself from the world’s second-largest trade bloc, regardless of the efficiencies the U.K. may achieve at its borders, the barrier becomes an additional stop and incremental cost in the supply chain of a not so large market,” Lehmacher explained.

He continued, “So, of course, Brexit changes where goods are
manufactured, stored and how they are routed during the distribution process.”

As a result, Brexit of any form will erode the U.K.’s role as a
gateway to the continent, with manufacturers migrating production and
distribution of EU goods out of the U.K. to continental Europe. U.K. ports will
also lose volumes.

“Post-Brexit, the U.K. cannot function any more as a key entry and
exit gateway of the EU,” Lehmacher said. “Too many factors may hinder the
fluidity of the supply, ranging from administrative burden to potential delays.”

He added, “Flows of goods that can, will avoid the U.K. and U.K.
warehousing and distribution facilities will be closed and reopened in markets
in the EU, mostly in the Benelux countries where most of the EU distribution
centers are located.”

As the European supply chain and logistics map shifts towards a
more continent-centered model, U.K.-based European hubs will become the
exception. “The shift within manufacturing networks and transfers of European
distribution centers from the U.K. to the European continent will strengthen
the Benelux nations, Germany and France as logistical platforms in the world of
global commerce,” said Lehmacher.

De Caluwe also expects that as the center of gravity in Europe shifts eastwards post-Brexit, this will drive demand for storage and distribution capacity not only in the Netherlands, but also in western Germany and Belgium.

However, he takes the view that “the main entry points will still be in western Europe,” especially via the port of Rotterdam and Amsterdam Airport Schiphol, which will ensure the Netherlands maintains its prized “gateway” status.

He said interest in transferring operations was particularly
enthusiastic among the financial technology, health, life science and health
sectors. “Many have licensing issues if they aren’t located in the European
Union when Brexit happens,” he added. “So those companies are in a hurry.”

Jorn Douwstra, business manager for international trade and
investment at Rotterdam Partners, also confirmed the trend, noting that
financial and insurance companies had already moved to the Rotterdam area to
avoid licensing issues.

“We think that a lot of multinationals already have a plan to
move,” he said. “A lot of small businesses in the U.K. don’t know what to do
and are waiting until there’s a final decision on Brexit. And we see a lot of
mid-size companies trying to make up their minds.”

Douwstra continued, “If they have a large market share in mainland
Europe instead of the U.K., then for a lot of companies it’s beneficial to try
to open a warehouse here to serve those clients, especially if they ship goods
from outside the EU because you don’t want to have dual tariffs.”

McLaren’s $1.8m Elva Is The First Roadster In The Ultimate Series

‘Strong and expansive vision’: KWL optimistic about its future | Shipping