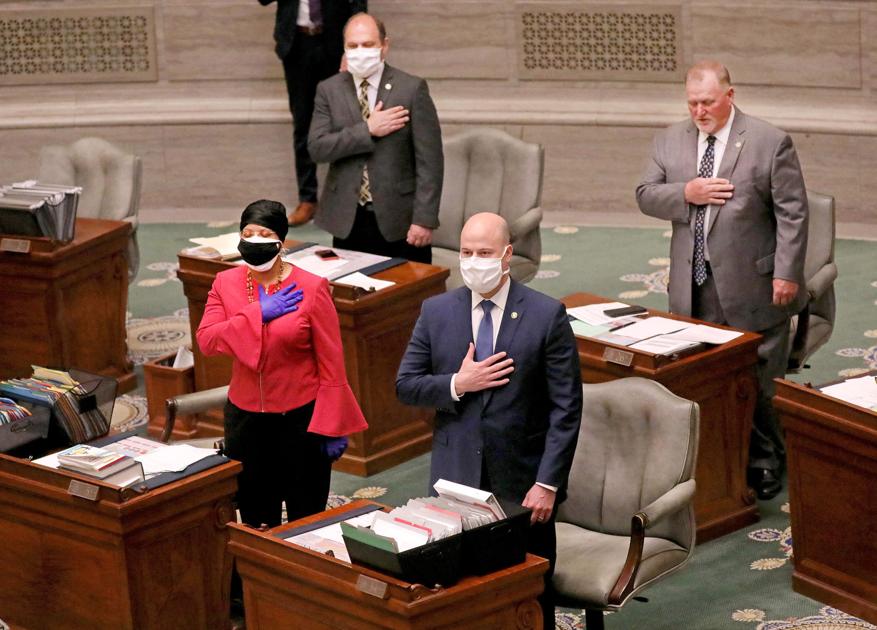 The Missouri Senate has advanced five pieces of crime-related legislation that align with Gov. Mike Parson’s call for a special session. The House previously approved five separate bills that the Senate took up last week.

One item the Senate brought forward that the House didn’t was a measure pertaining to the prosecuting attorney in the city of St. Louis. The bill sparked heated debate in the legislature’s upper chamber, with senators sparring into the early morning hours of Thursday.

“St. Louis is seeing a massive increase in violent crime, and unfortunately, the circuit attorney in the city of St. Louis, Kim Gardner, is not taking care of business in the city,” said Republican State Sen.Tony Luetkemeyer. “She has one of the lowest conviction rates of any prosecutor in the United States.”

After the dust settled, Republicans prevailed in passing the proposal by adding it on as an amendment to an existing House bill that was set to pass.

That legislation, House Bill 2, deals with admissibility of witness testimony. Specifically, it allows for a judge to consider whether a previous testimony could be admissible given certain circumstances such as witness intimidation. It essentially allows the court to grant a testimony to be valid despite the deposed party not being present in court.

Now, however, that measure may be in jeopardy if the House rejects the amended bill.

While Luetkemeyer and GOP senators backed the provision, which would give the state’s attorney general certain prosecuting abilities in St. Louis, its future in the House remains unclear.

“This bill will come back to the house to be discussed,” said State Rep. Bill Falkner, R-St. Joseph. “Like I stated earlier, I do not plan on supporting this bill in its present form.”

Other St. Joseph-area lawmakers said they didn’t want to rush to judgment yet.

“Obviously this is a very contentious issue,” said Republican Rep. Brenda Shields. “I plan to listen to the debate and consult with local prosecutors and law enforcement before I vote.”

While not saying directly which way she would vote on the issue, State Rep. Sheila Solon, also a Republican, said she strongly supports the anti-crime agenda being put forth by Parson.

“We need to help law enforcement get the violent criminals off the streets and keep our citizens safe,” said Solon.

Luetkemeyer, the only attorney in the Senate’s Republican Caucus, called Gardner’s prosecuting “unacceptable.”

“About 60% of the cases that are being referred to her by the St. Louis Police Department are not being prosecuted at all,” he said. “She’s just not prosecuting.”

The House also will have to consider two other bills that the Senate made less-controversial changes to.

Clearing the Senate with minor tweaks was HB 11. That provision deals with unlawful exchange of weapons or controlled substances to a minor.

HB 16 also got the green light. It also deals with juveniles, but is targeted at people who sell them weapons. The law of unlawful transfer of a weapon now would include people who sell firearms to teenagers under the age of 17 with the intent to evade law enforcement or promote violence.

While those three were technically voted out of the Senate, they were not the original bills passed by the House and so they will go back to the lower chamber for another say.

Two other provisions that were voted out “clean” were headed to Parson’s desk for his final approval.

HB 46 was voted out of the Senate as was. It lifts residency requirements for police officers in St. Louis City.

Finally, House Bill 66 cleared the legislative leap. It establishes a pre-trial witness protection fund to aid law enforcement and prosecutors who need testimony of witnesses who can be too frightened to come forward.